The coastline of Afega is eroding due to the rising seas. (Photo: Misiona Simo)
Climate Change

Supreme Court Justice Vui Clarence Nelson is looking ahead to a future when climate change starts to pose legal challenges, not just environmental ones.

In particular, the Land and Titles Court could be the setting for many potential disputes, Justice Vui suggests.

“There could be early examples of victims of climate change, and how did the Land and Titles Court deal with it? I don’t know,” he said.

The Supreme Court judge, who recently met with other lawyers and judges from the Pacific on the matter of climate and environmental law, said some of these issues need to be looked at by policy writers.

The courts have input on judicial matters, but the executive must address the potential for climate change to cause litigation, he said.

“All I can say is that these are issues that will become tricky.

“Let’s say I am a matai. My land is on the coast. We have been living there for the last 100 years and due to climate change it is now going to be underwater.

“What has happened to my right as a landholder, as a matai? I no longer have the land to exercise my pule over. There are going to be issues like, does that mean someone is obligated to compensate me? And if so, who?

“Does that mean that the village has to find me another piece of land for my family, and where is that going to come from… whose land are they going to take, to give to me?”

Justice Vui said it is not a question of if land will be lost to the effects of climate change, but when.

Already in 2016, sea level rise claimed five low lying islands in the Solomon Islands, including one that is home to 25 families.

And in February this year, the villages of Afega and Lotoso’a Saleimoa experienced a large king tide that flooded homes and even swept a canoe onto the shore.

"It was unlike anything I had seen at our area since I have lived here,” said Peo Sione Fa’alelea of Afega. 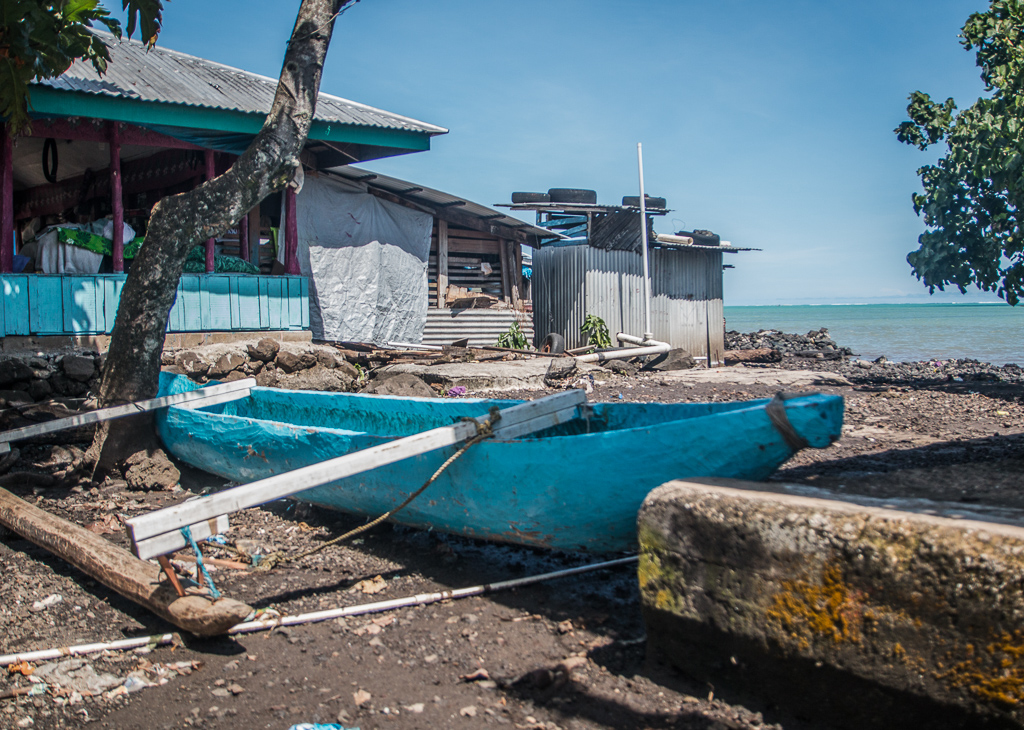 A report published in July 2019 found there have been climate change cases brought to the courts in at least 28 countries, and that more than three quarters of those were filed in the United States of America.

Using the Climate Change Laws of the World database, researchers from the Grantham Research Institute on Climate Change and the Environment and the Centre for Climate Change Economics and Policy analysed progress of all suits filed since 1990, and predicts there will be many more in the future.

While the body of litigation stored online is from the U.S, it is clear climate lawsuits are growing across Europe, Asia and the Pacific.

In a press release, co-author of the report Joana Setzer said holding groups to account on climate change has become a “global phenomenon.

“People and environmental groups are forcing governments and companies into court for failing to act on climate change, and not just in the United States. Now the number of countries in which people are taking climate change court action is likely to continue to rise,” she said.

“Until recently businesses might not have considered a climate change lawsuit to be a risk, but this is something all corporations should now be taking into account.”

Justice Vui said the biggest barrier to climate litigation is time. The process is lengthy, and while ecological systems suffer and species go extinct, the courts are in no rush to act.

In the U.S, 21 youth filed a lawsuit against the government for its use of fossil fuels in 2015.

The case, Juliana versus the United States, has been called “no ordinary lawsuit” by a federal judge.

In a 60 Minutes episode on CBS News, the youngest of the plaintiffs 11 year old Levi Draheim said he worries his barrier island home in Florida will end up below the sea.

Lawyer Julia Olson said the legal team has proven the U.S government has known the relationship between fossil fuels and climate change for at least 50 years.

“Our government, at the highest levels, knew and was briefed on it regularly by the national security community, by the scientific community. They have known for a very long time that it was a big threat.”

Justice Vui said without certain political will, litigation like this can take even longer than predicted.

“The Trump administration is not going to be in any hurry to have this case litigated in the United States courts,” he said.

Among the Pacific legal minds, the question of how to avoid slow litigation of urgent matters is being asked.

“Are there ways to introduce rules of procedure to try and speed up or fast track these cases?