Concerns have been raised about mothers sleeping on the hospital floor with their newborns, despite the babies remaining in hospital wards, including the Neonatal Intensive Care Unit.

The concerns have been heightened after a photo was posted on social media showing a mother sleeping with her premature child on the floor of the waiting room. The Sunday Samoan could not contact the woman in the photo.

But an investigation by the Samoa Observer found that mothers, who had been discharged while their newborns had not, have been forced to sleep on chairs, couches and the floor adjacent to their baby's cribs due to a lack of beds for their mothers.

A father of three, Kalolo Kalolo, from Leauva'a, whose wife has been sleeping on the waiting room floor with their newborn daughter, expressed concern.

"Where they are staying right now is very hot, and sometimes when the lights are off, there are mosquitoes because the air condition is off," he said.

"We open the windows to let in air and mosquitoes come with it, and my wife lies on a mat on the floor and not a bed." 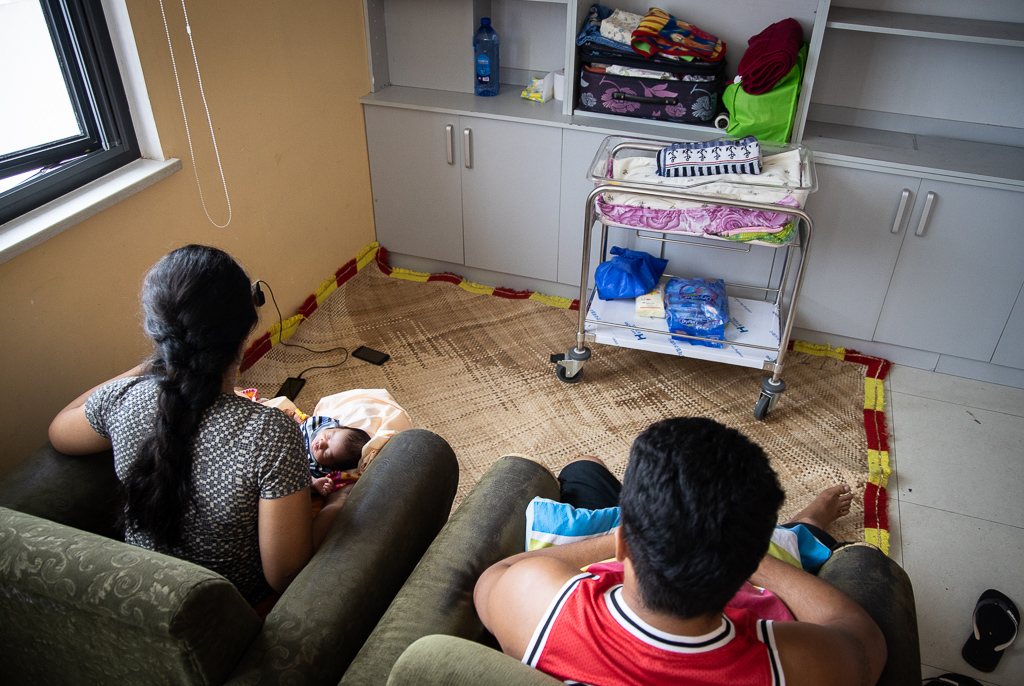 When the Sunday Samoan raised the issue with the Director General of the Ministry of Health, Leausa Dr. Take Naseri, he said there is a policy that they should not be sleeping there.

"I don't think that's true," he said. "The baby is supposed to be there [maternity ward] not the mum. We have no beds in the waiting room area.

“Do you want us to put a bed there?" added Leausa. "Do you want me to go babysit those mothers and I have more important roles to attend to?"

A nurse at the Maternity Ward was also queried on the reasons why people were sleeping at the waiting room areas, or better known as border rooms in the maternity ward.

She said mothers who have discharged have the choice of staying there while their babies are still being admitted.

When the Sunday Samoan contacted a specialist in Obstetrics and Gynaecology, Aiono Dr. Alec Ekeroma for a comment, he said the situation is “not acceptable.”

"The mother needs to be there [in the I.C.U.] for their babies. That's especially not acceptable when there is a shortage of neonatal nurses to look after the babies who are in need of intensive care,” he said. 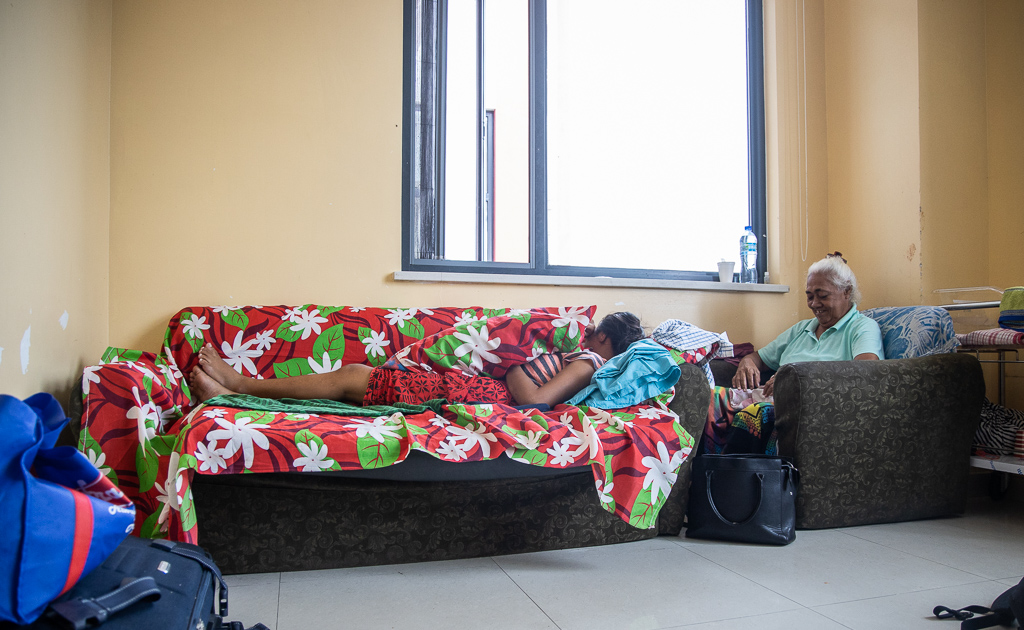 "There's lots of good evidence that there's far better standards of care provided to [ill] newborn by parents when there's not a facility for monitoring them around the clock."

Aiono called on the hospital to provide more beds as a matter of urgency.

The Maternity Ward has two waiting rooms, equipped with sofas and chairs.

Fugala'au Leaga, from Iva Savai'i, the grandmother of another discharged patient, Lasea Smith, a new mother from Vaitele Uta, said the room is "uncomfortable".

"As you can see, the failele (new mother) sleeps on the couch while her baby is admitted in the neonatal unit," she said.

"I thought the National Hospital should have everything okay because we come here seeking help. The air we breathe and where we rest should be good because they're supposed to supply.

"It's not comfortable here, and I do not understand what the reason is but Samoa has money donated from overseas but this is happening.

"I have just arrived to visit my daughter's daughter and what I see is not nice. In overseas countries, everything is well prepared and organised. Savai'i hospital seems more okay than here."

The Samoa Observer understands that, normally, discharged mothers are given the choice to either go home and come back to nurse their babies admitted or they use the waiting room.

In the old hospital, the waiting or border rooms had beds for discharged mothers, like admitted other mothers, but the new hospital does not have this.

The Samoa Observer was told, the matter has been raised before and the hospital staff has pushed for changes in the waiting rooms to accommodate discharged mothers whose babies are held in the N.I.C.U.