St. Mary’s Primary School at Savalalo hosted about 55 members of the St. Mary’s team of parents, teachers and students that traveled from New Zealand to donate sports equipment for their school. (Photo: Vaitogi Asuisui Matafeo)

The development of sports at St. Mary’s Primary School Savalalo has just received a much-needed boost thanks to St. Mary’s Catholic School from Tauranga, New Zealand. 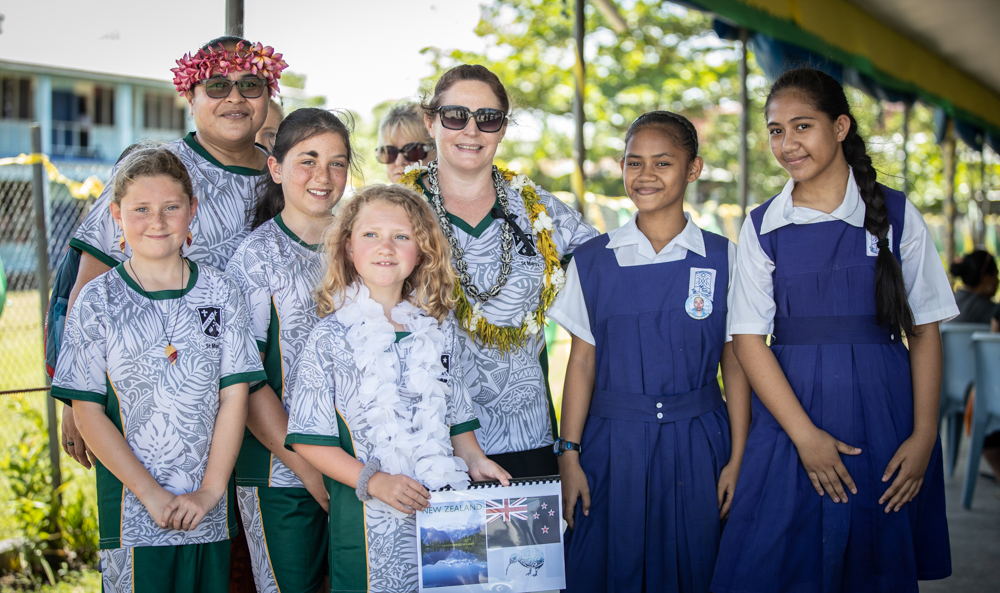 Principal of St. Mary’s Catholic School Tauranga, Ben Fuller, said they decided 18 months ago to bring a group of students and their parents to Samoa to visit schools and share the love.

“We thought that since we’re coming to Samoa, we need to have a purpose for our trip. So we decided to connect with two Catholic schools, St. Mary’s and Marist Brothers schools,” Mr. Fuller said.

“We asked them what could we do for you and they both said that they would really appreciate sports equipment.”

And that’s exactly what they did. Their community back in New Zealand raised money over a number of months so they could purchase the equipment to send over. 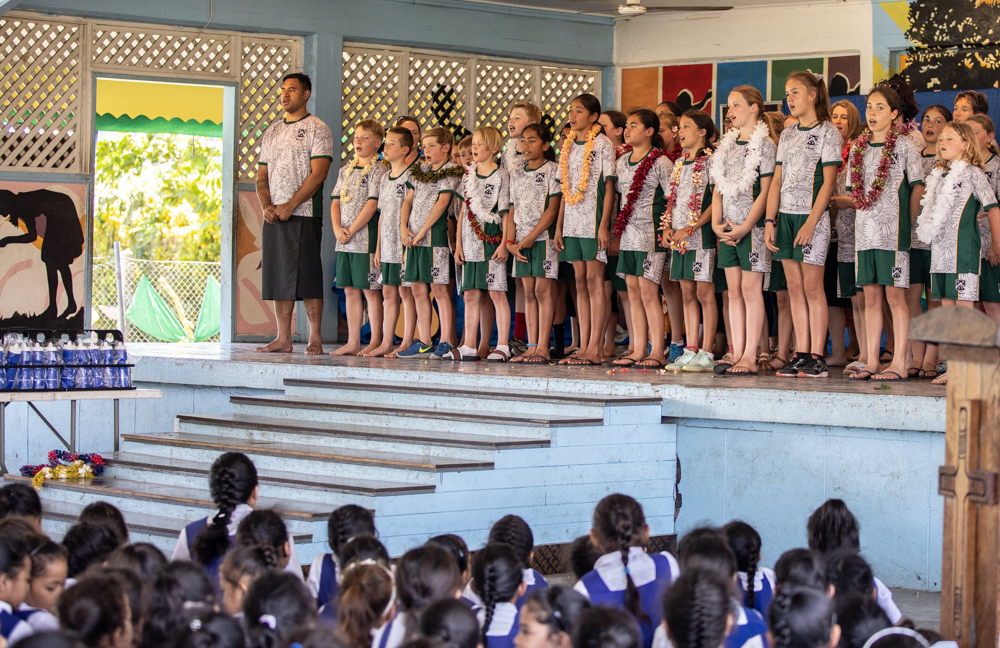 For Marist Brothers, the group donated rugby gear – including a full uniform. On top of the sports equipment, a monetary donation was also presented to St. Mary’s Savalalo.

“This is a small donation to give to your school to continue to do the amazing work that you obviously do here for the students of St. Mary’s,” Mr. Fuller said.

Director of Religious Studies at St. Mary’s Tauranga, Theresa Rush, said the trip was initiated after a parent and the first Samoan Board member, Ati Charlie Aaifou-Olive, requested that they would like a mission trip to Samoa.

“These are the students that could come in year 5 and 6 but they had to bring their parents with them,” she said.

“It’s so lovely for our children to meet with other children as we also got to visit the Samoa Victims Support Group yesterday where they were very saddened with a lot of crying”. 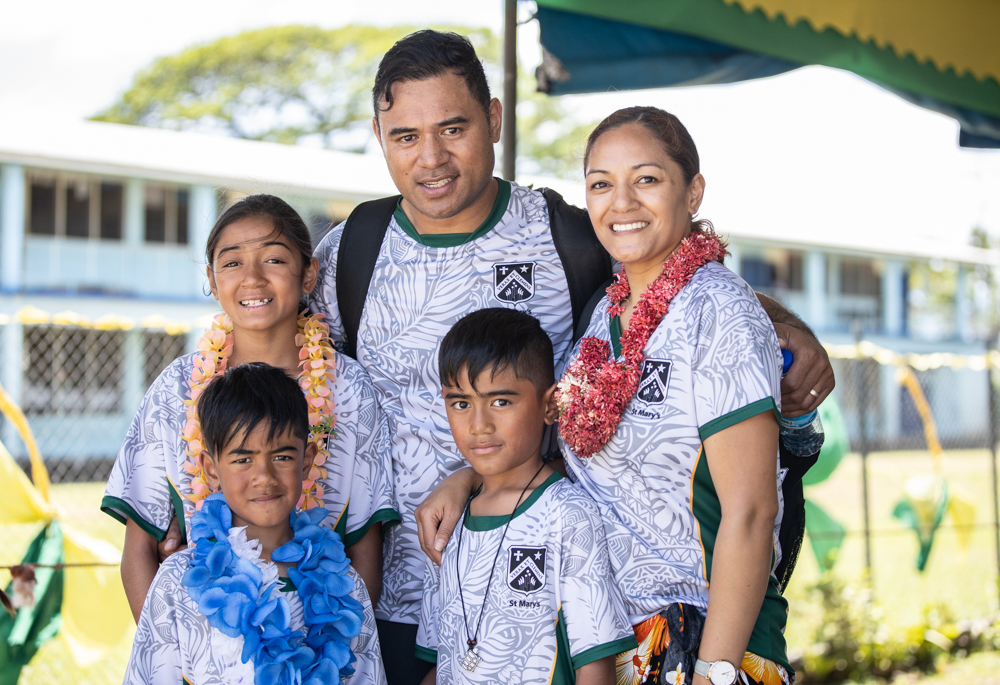 For Ati, he said his connection to St. Mary’s Savalalo is through his wife, Christina Aaifou. Her mother and grandmother attended the school.

“So my kids have a bit of a connection and that’s how we ended up in St. Mary’s and the whole thing,” he said. Now his children, Peniamina, Salese and Ella also have a connection to the school.

“I think they’re going to go back and go wow we’re very lucky with what we have resources wise compared to here and that was the main mission for our trip to Samoa,” he said.

“It is very crucial for us as sports is one way where some families can earn an income when the children do well in sports,” she said.

Ms. Vaoliko said they are particularly looking forward to introduce badminton to the school. 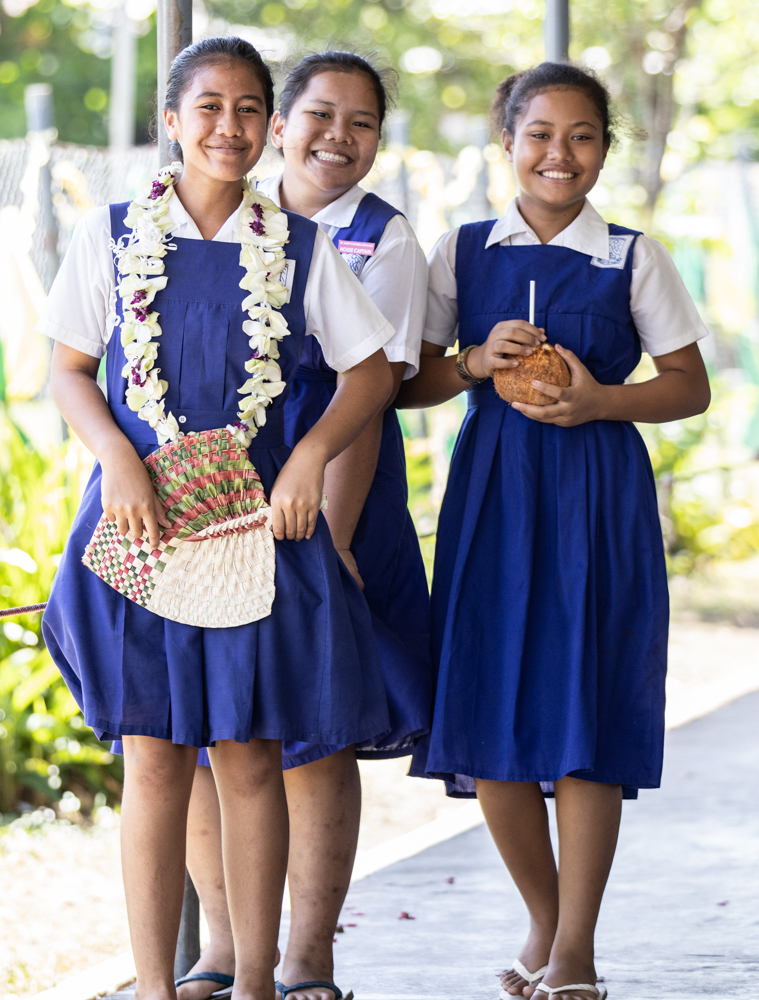