China's Confucius Institute has celebrated the first anniversary of its establishment at the National University of Samoa (N.U.S.).

The institute has chapters worldwide and are not-for-profit organisations designed to promote Chinese language and culture in foreign countries.

In his speech, Mr. Xiaoliang said the one-year anniversary of the Institute was inspiring. 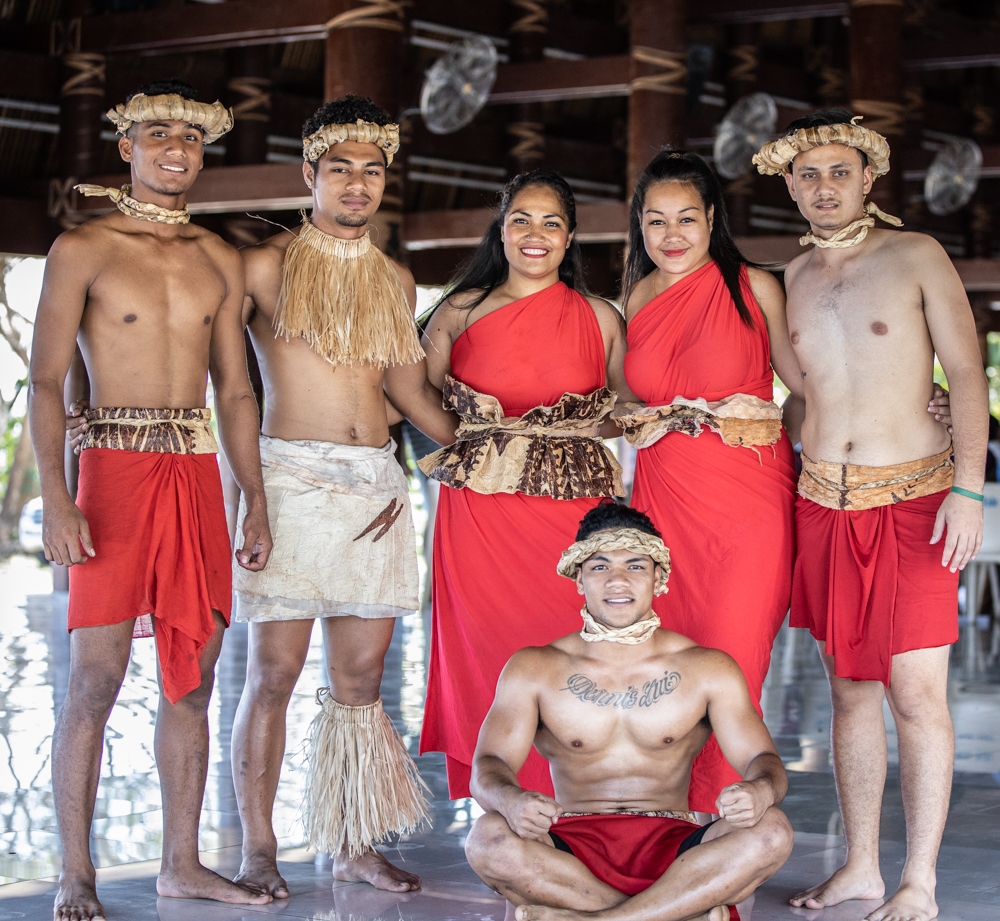 He thanked officials from the M.E.S.C. and other departments, teachers and students at the N.U.S. for their hard work in promoting Chinese language and culture.

Fifteen years ago, China began establishing the Confucius Institute with the goal of promoting Chinese language in honour of legendary philosopher Confucius

“Its knowledge should be shared and extended,” he said.

The Institute has been recognized in providing Chinese language teaching and cultural exchange activities. With now 536 Confucius Institutes and 1139 Confucius class loan in 137 countries, it is providing education to about 11 million students.

Mr. Xiaoliang said that it (Institute) has acted as a bridge for communicating different languages in a civilization. 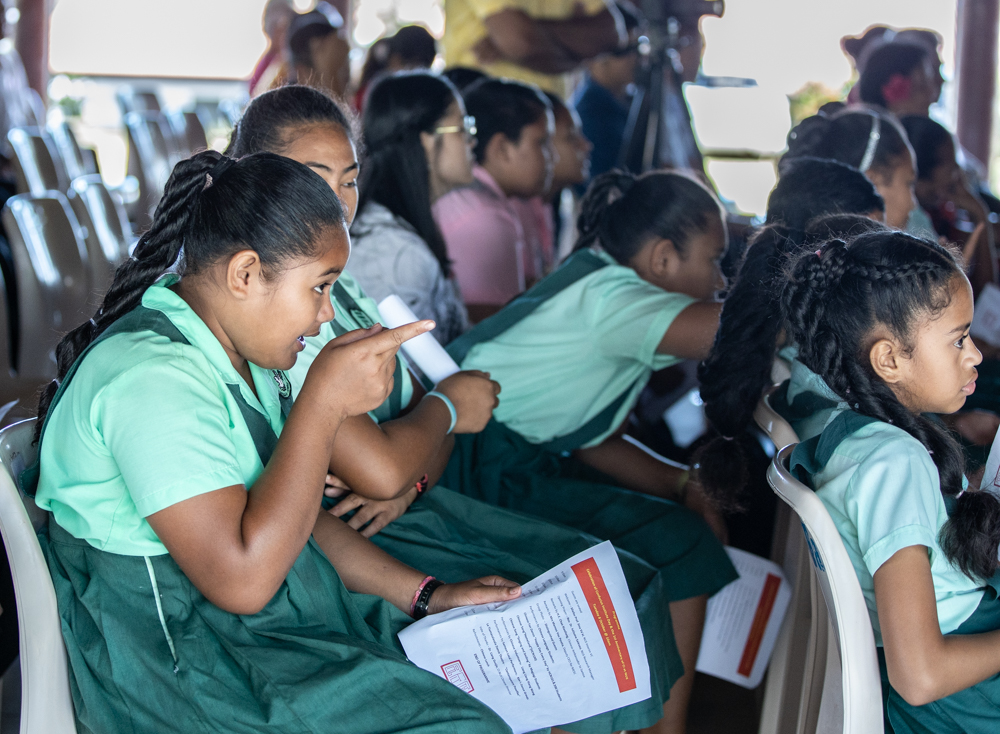 As for the Institute in Samoa, it has been committed to Chinese language for N.U.S. students and the community as this is the key to reducing language barriers and improving mutual understanding.

Moreover, the Institute is also offering Chinese language courses at the Ministry of Customs and Revenue, to assist local officials improve their language skills and foster practical cooperation between the two countries.

“I believe that Confucius Institute in Samoa will make more great achievements in the following years under the guidance of the direction of Confucius Institute, Dr. Guojie Liang of Samoa and of China as well,” he said, along with the help from local societies, M.E.S.C., including the Chinese community. 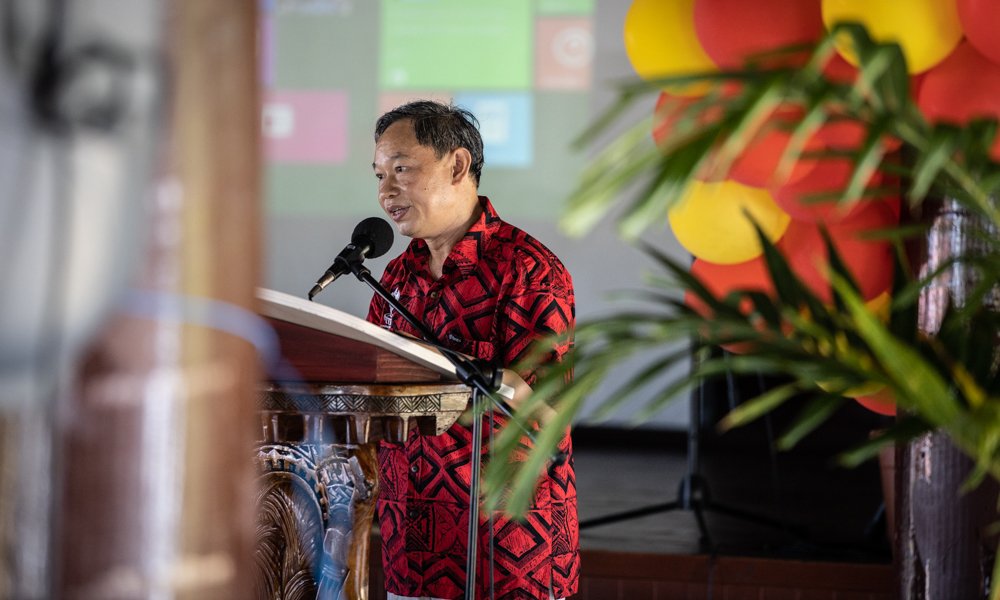 Mr. Xiaoliang said as the Institute continues its work in Samoa and other Pacific Island countries, there will be a need for more people from both countries to learn the language of each other to ensure effective communication.

The Chinese diplomat said he believes language is the key to people’s hearts to reduce the distance between China and Samoa, ensuring half of the people from both countries will be close, due to the efforts of people in the different countries to share their cultures.

“We should rejuvenate that in today’s work through exchange and the innovative development for the development of the Confucius Institute in Samoa and wish for more and more exchange of people between China and Samoa,” Mr. Xiaoliang added.

Speaking on behalf of M.E.S.C. at the one-year anniversary celebrations, Mrs Mamea said the occasion confirms the importance of language education and how it can be important aspect of learning and Samoa's link with the outside world.

“I believe the work of the Confucius Institute in teaching our students Chinese has indeed and will indeed open them up to a world of knowledge that is made possible by speaking and understanding Chinese,” she said.

Mrs. Mamea also believes that teaching Samoan students Chinese will go deeper than just the exchange of communication and learning.

In fact, she stated that learning Chinese will allow the local students to even explore Chinese culture and values.

She then congratulated the N.U.S. and the N.U.S. Confucius Institute's Chinese Director and staff on the milestone.

“As a sector, we need to ensure that our students have an appreciation of languages and they need to see the benefits there are in learning and becoming well versed in English, Samoan but also in other languages such as Chinese,” she said.

She said while the initiative back then was a good one, various constraints made it very difficult for the ministry to carry it forward.

However, the M.E.S.C. is very supportive of the role N.U.S. plays in taking this initiative forward and ensuring that there is an opportunity for Samoan students to learn Chinese.

The M.E.S.C. Deputy C.E.O. also acknowledged the growing support of the Chinese government in many other ways besides offering support for Chinese language studies.

The support included building new classrooms for Government-run primary schools and secondary schools as well as providing volunteers in critical subjects such as science.

The Chinese government's support for the 2019 XVI Pacific Games was also highlighted by Mrs. Mamea.

“While this is different from learning Chinese, it was the exchange of support in the development of new ways of thinking which I believe is part of the Confucius Institute’s goal in relation to cultural exchange between Samoa and China,” she said.

She wished the N.U.S. and Institute all the best in their efforts to take these initiatives forward to enable more students to learn Chinese.

Part of the programme at the anniversary celebrations included a testimony from a N.U.S. student currently studying the Chinese language.

Rose David Reed, who is a student of the HCN101 & 200 course, performed a Chinese fan dance titled Happy Day Every Day” with the rest of her classmates.

“It’s a really good experience for me, not only to showcase the talents that I’ve gained from this culture of Chinese with the fan dancing, but also this is another good way for us to know what the future has in store for us – in terms of job hunt and everything,” she said.

Rose said that despite how challenging it is for in this second semester, this is a good experience for her to learn a new culture and a new language, especially in terms of her being Samoan and to be able to communicate with other people in Chinese.