Anatomy of a jail break: A sleeping guard, holes in fences and the open cell door

Two of Samoa's most notorious prisoners evaded an understaffed prison patrol, including a guard suspected of sleeping on the job, before they slipped through a gap in a barbed-wire fence to freedom, authorities admitted yesterday.

The two men had broken out of jail before, one committed a violent rape while on the run, and yet were housed together in the same cell. The Prisons and Correctional Office are investigating how that decision was made.

On Monday prison authorities provided a detailed account of how they managed to scale and possibly disassemble a three-metre high chain link fence and potentially slip through a gap in the barbed wire of a substantially incomplete perimeter fence during their break for freedom.

At least one guard on duty that night is suspected of falling asleep on duty; another guard is facing charges relating to opening the cell door.

The Prisons and Correctional Services Minister, Tialavea Tionisio Hunt, said the prison was short-staffed on the night of the prison escape.  Only one officer was left to guard the cell blocks and one was left to conduct patrols every two hours.

Typically two guards stand watch at the cell blocks and a total of 12 guards are meant to be on duty; but the failure of three guards to show up to work left them understaffed by three officers, the Minister confirmed.

According to the Prison's records, the escape happened about 1am; it was only detected about three hours later.

The guard on duty was said to have opened the gate after persistent calling from within the cell block, where the man were housed with nine other inmates.

"Right now we still seeking whose decision it was to put them together.

"The Commissioner did not make such decision, but we are looking for who made that decision to put them together."

The Prisons Commissioner and Deputy Commissioner are the officials with the authority to determine the configuration of inmates in cells.

The Minister suspects the guards were sleeping when the escape took place.

"That’s the suspicion that they were sleeping and he [the officer on duty] was also the one that opened the gate," said Tialavea.

"The cell gate, which is very secured; it is so secure nobody can open it; the only thing that can open it is from the outside with a key, to open the lock.

"So the officer opened it, not the prisoners."

The officers have clear instructions not to open the cells, especially if they are on duty alone, he said.

"We are investigating what reason why he opened the cell gate.

"There’s no valid reason for him to open the cell gate alone, not only the cell but also the other gate to go outside, the sub-lock also for the area where they shower and [the area] allowed for their walks outside one hour a day for training." 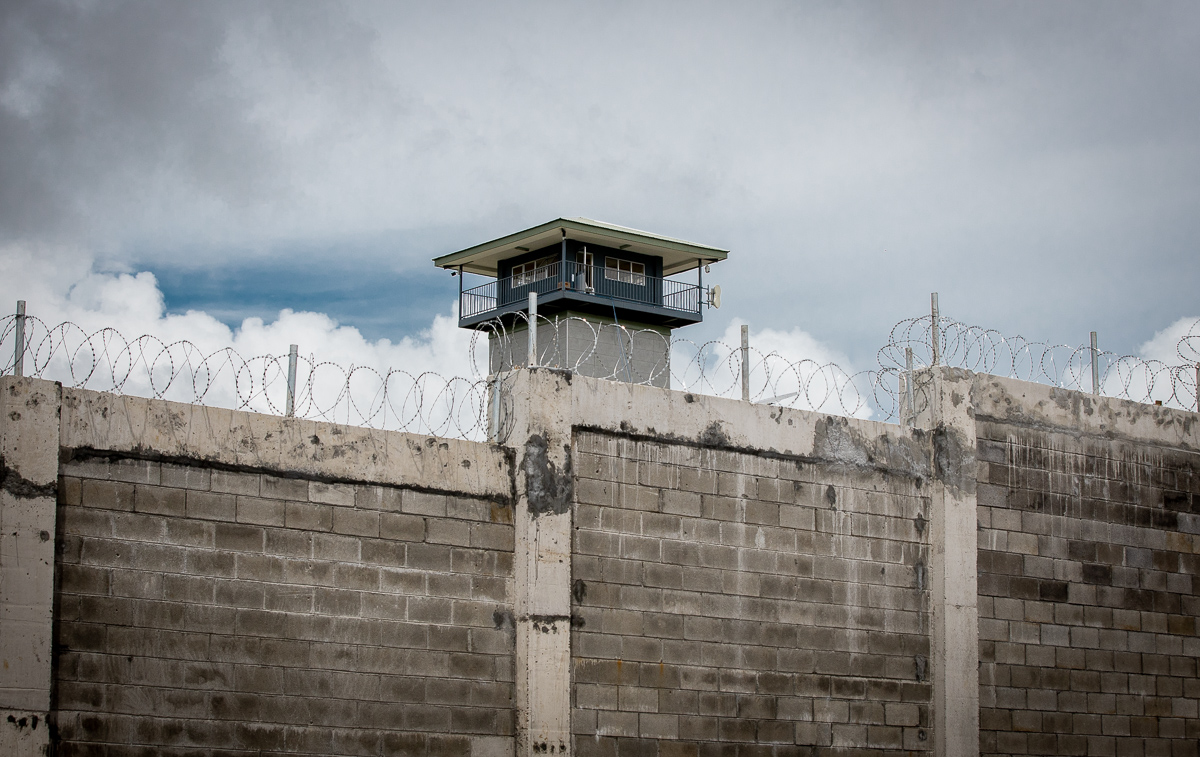 Tialavea said the prisons are even secure in the absence of a guard. The escape, he said, happened because the guard opened the cell gate.

"One was on duty that night, but up there is really secure, even without a guard it is still secure," he said.

"It’s all because the guard on duty opened the cell gate, that’s all."

Currently, charges have pressed against the officer who allegedly opened the gate for the two prisoners.

"We can always hire and fire but right now we have suspended him and we have pressed charges due to the opening of the cell gate, he’s the reason the prisoners have escaped.

"So when the patrolling guard came around that time, they were still calling out to the guard [on duty] to open the cell gate and he told the guard on duty not to open it, and left.

"But when he came back, the prisoners are already gone and the gate has been opened, and the reason is unknown."

The four metre high perimeter fence on the outside of the prison is yet to be completed. Asked when it will be finished, Tialavea says it depends on the contract, which expires this month, October.

"It depends on the contract, [the] only thing left is the back area with some cement poles that have recently been erected.

"The contract ends in October. But inside the perimeter of the prisons is already secured, and in the cell blocks it’s all still secured, unless someone opens it.

Asked when the public can be assured of a completely secured prisons, he said, "Well it’s pretty secured, after everything is complete, the prisons will be well secured, it is just because the guard opened it."

The latest escape adds to the list of prisoners on the run in Samoa with convicts Pati Chong Nee and 60-year-old Suitupe Faamoe Paufa – who escaped earlier this year – still at large.

Tialavea reiterated that the prisons are secure, but it is just a mater of who holds the keys, saying the Prisons and Correctional Services can only do so much, but if the officer is not trustworthy, then that is where the fault lies.

He also apologised to members of the public for the most recent escapes, advising the public to not approach the prisoners directly as they are dangerous.

"Especially from Tafaigata where they used to be, now even with cell blocks highly secured, they are still escaping due to the carelessness of the officers and not fulfilling their duties," said Tialavea.

"But wherever they can be seen please contact the Police and Prisons services, please do not approach them.

"The only worrisome thing are the members of the public especially with the ones who escaped, the guards should have never opened the cell gate."

Lauititi Tualima was involved in the Lupe Sina Tree Resort rape in 2015, an incident which involved him tying up an Australian tourist while he raped his wife at knifepoint. The serial criminal was already on the run while committing that crime; he had broken out of the Tafaigata prison just three months prior.

Lauititi also escaped in December, 2017 but he was captured the same day.

Vaelei, together with Pati Chong Nee, escaped in January during a church service at the Tafaigata Prison.

Vaelei was later recaptured by the Police a month later with $10,000 tala in cash, believed to be the proceeds from robberies of a number of Apia businesses.