Lauititi Tualima and Aniseko Vaelei broke free despite assurances from the Samoa Prisoners Correction Services, that the new $18 million Tanumalala prison would minimise the possibility of security breaches after its commissioning in June this year.

It is not the first time either man has successfully broken out of jail.

The Commissioner of Police, Fuiavailili Egon Keil, confirmed the inmates' escape when contacted by the Samoa Observer, while en route to the airport for a work-related overseas trip.

“We do know those prisoners have escaped and we have been officially notified by [the] prison last night; we are now putting a team [of] resources [together] to try and locate these [inmates],” he said.

"Be alert and be aware at all times and call 22222 and whatever you do, do not approach them. This is now a priority matter for the police and we will pull all our resources to find these prisoners and put them into custody."

Lauititi Tualima was involved in the Lupe Sina Tree Resort rape in 2015, an incident which involved him tying up an Australian tourist while he raped his wife at knifepoint. The serial criminal and escapee had already been on the run after breaking out of the Tafaigata prison just three months prior to committing that crime. The rape of the tourist became the subject of an “60 Minutes” programme by Australia’s Channel 9 Network, which also featured Prime Minister Tuilaepa Dr. Sa'ilele Malielegaoi defending Samoa’s prison service. 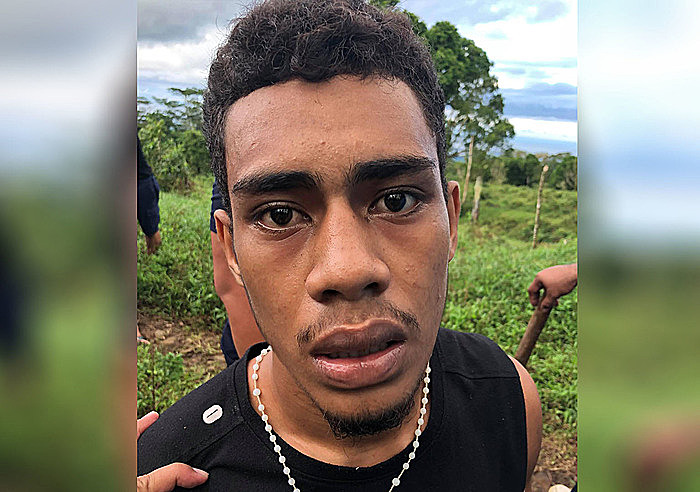 The latest escape adds to the list of prisoners on the run in Samoa with convicts Pati Chong Nee and Suitupe Faamoe Paufa – who escaped earlier this year – still at large. Chong Nee and Vaelei dashed for freedom in January during a church service at the Tafaigata Prison.

Vaelei was recaptured by the Police a month later with $10,000 tala cash, believed to be the proceeds from robberies of a number of Apia businesses.

The last time Lauititic escaped was in December, 2017 but he was captured the same day.

Last week, Vaelei appeared before the Supreme Court for robbing a Chinese couple of $60,000 in Vailoa.

He pleaded guilty to 15 charges of aggravated robbery and theft-related charges, and alleged in Court that the Police officers who arrested him took $30,000 of the stolen cash recovered.

The Police Commissioner has ordered an internal investigation by the Professional Standard Unit into the criminal’s allegation.

Repeated calls to the Tanumalala Prison for official comments from Deputy Prison Commissioner, Levao Rosa Siaosi were unsuccessful as she was not in the office.