Cabinet Ministers entitled to one vehicle, Ministry of Finance reminds

Cabinet Ministers are entitled to the use of one Government vehicle.

This was confirmed by the Chief Executive Officer of the Ministry of Finance, Leasiosiofaasisina Oscar Malielegaoi, in response to questions from the Samoa Observer.

Leasiosio was asked to clarify the matter, following an incident involving the Minister of Education, Sports and Culture (M.E.S.C.), Loau Keneti Sio, highlighted in the Audit Office’s Irregularity Report for the financial year 2016-2017.

“As the Minister of Education drove M.E.S.C.02 to work, he heard an object hit the glass. He inspected the vehicle when he arrived at the office and observed no damages until after work,” the Irregularity report reads.

“He assumed a stone may have flicked from another vehicle causing damages. M.E.S.C.02 is insured and the insurance provider has paid the cost.”

The report pointed out that the Minister had two vehicles, M.E.S.C.02 and his official Ministerial vehicle, MINM.E.S.C.

According to the Irregularity report, the Ministry of Finance recommended that the Ministry pay the excess fee of $1,250 to the insurance provider.

“The C.E.O. should remind the Honourable Minister that he is entitled to one vehicle and should return M.E.S.C.02 for the Ministry’s normal operations as stated under P.F.M.A. (Government Vehicle) Regulations 2015,” the report said.

The regulation is monitored by the Ministry of Finance. 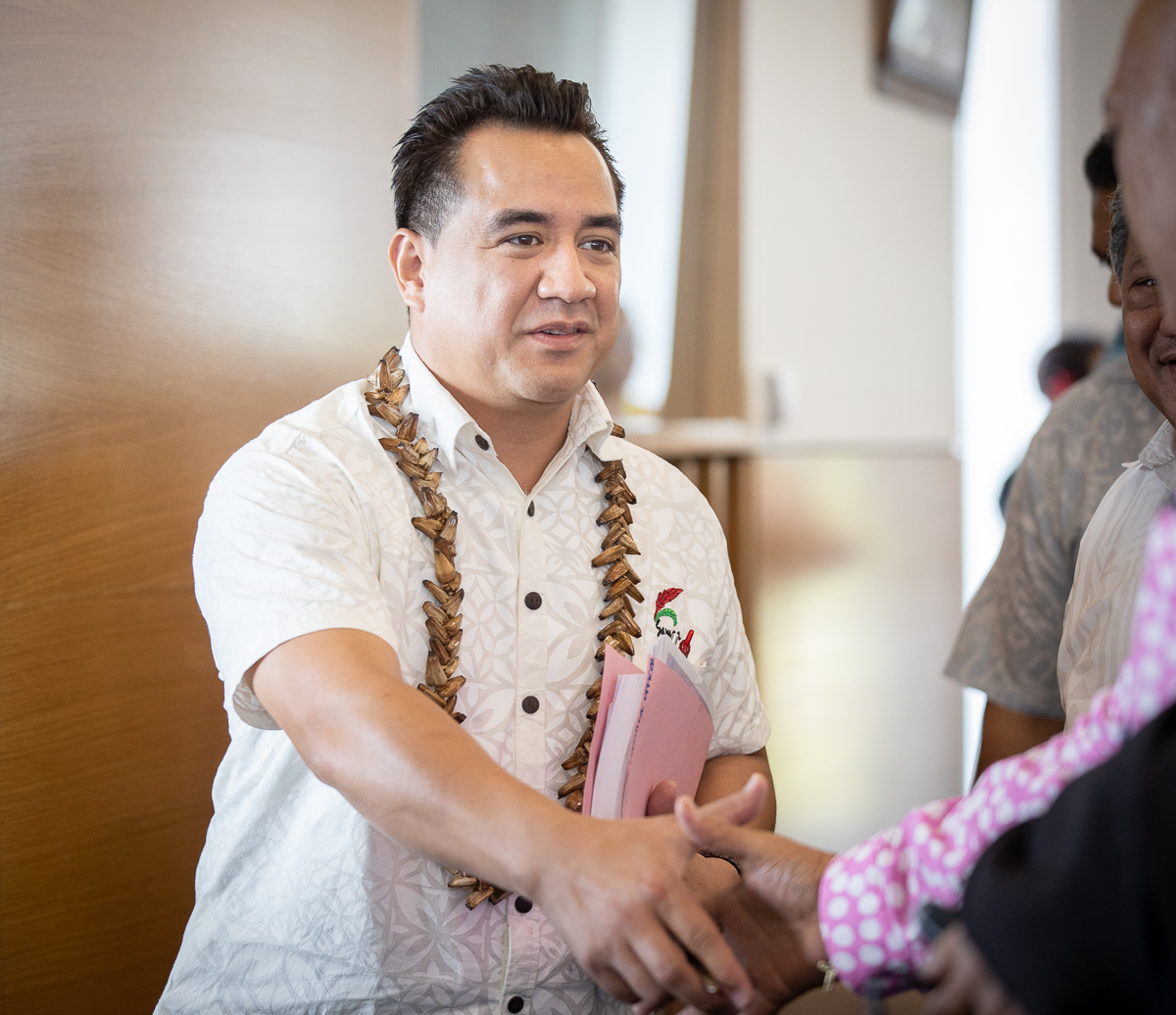 Contacted for a comment, Minister Loau Keneti Sio acknowledged the Audit report and noted that while one vehicle is assigned to him personally, the second vehicle is used to run errands for the Office.

He denied using two vehicles at the same time.

“My (official) vehicle was only delivered to my office in late April 2017 and before then I was using the M.E.S.C.02,” Loau said.

“As soon as I received the red Land Cruiser Prado, M.E.S.C.02 was turned into the main office and we only used it when needed for office errands.”

According to the Samoa Public Finance Management Government Vehicles Regulations 2015, with the exception of the Head of State and the Prime Minister, Members of the Council of Deputies; Cabinet Ministers, Chief Justice; Judges of the Supreme Court, District Court or the Family Court; President of the Land and Titles Court; Speaker and the Deputy Speaker of the Legislative Assembly and the Leader of the Opposition are entitled to one vehicle.

The regulation spells out that an Associate Minister and a Chief Executive Officer are entitled to one double cab pickup vehicle each.

Another issue outlined in the Irregularity report by M.O.F. is that Ministries should ensure that a proper hand over process should be adhered to for all government vehicles allocated to any Office holder when their term is completed. It highlighted a case where a vehicle assigned to a former Associate Minister was returned after the General election 2016.

“The vehicle was inspected by one staff member and noted dents, scratches and damages on the front and rear bumpers. There was no written report from him relating to damages. The Ministry did not lodge a claim for insurance cover due to unforeseen reasons.” The damages cost $4,500.