Teachers should have passion, commitment, honesty and love

Passion, commitment, honesty and love are what make a great teacher.

That is according to 69-year-old Olive Sila Mamea, a retired teacher and former school principal who hails from the villages of Samalaeulu and Matavai Safune and taught for 43 years.

Mrs. Mamea retired from teaching in 2015 due to failing health. But she admits that her heart and mind still longs to be in a classroom, educating the next generation of Samoans.

“I have a great passion for teaching, especially the young ones from Year 1 to Year 4,” she said, in an interview with the Samoa Observer.

“I truly believe those are the very crucial stages of a child’s life and learning, and I found great joy in helping those young ones as they start their education journey.

Looking back on her years in the classroom, she said it was “her calling from God.”

“It was God who placed me there and put it in my heart to be a teacher. I think back now to when I first started, and I see everything so clear that it was Him who chose me. It was my calling from God; I endured all those years because that was my purpose.”

The urge to get back into the classroom is still there, close to four years after making her exit. However, her health challenges and age will make it a challenge.

“I cannot fight against health issues as I am not getting any younger.”

Asked about some difficulties she faced during her time as a teacher, Mrs. Mamea said all the challenges she faced are “gone with the wind”.

“Such is life; no matter what you do, you will always come across difficult situations. Some situations are tougher than others,” she said.

“But once we overcome those situations, we always come out stronger and wiser. I too had my own fair share of difficulties in life and there were moments when I felt like giving up. But like I said, God placed me there for a reason and it was why I made it this far.”

Samoa’s education system continues to change and Mrs. Mamea said she understands that, as the country progresses and moves forward.

“Everywhere we look, we see changes happening. For the last few years I spent teaching before I officially retired, I’ve noticed a big difference now compared to our time. There are some good changes and some not so good changes.” 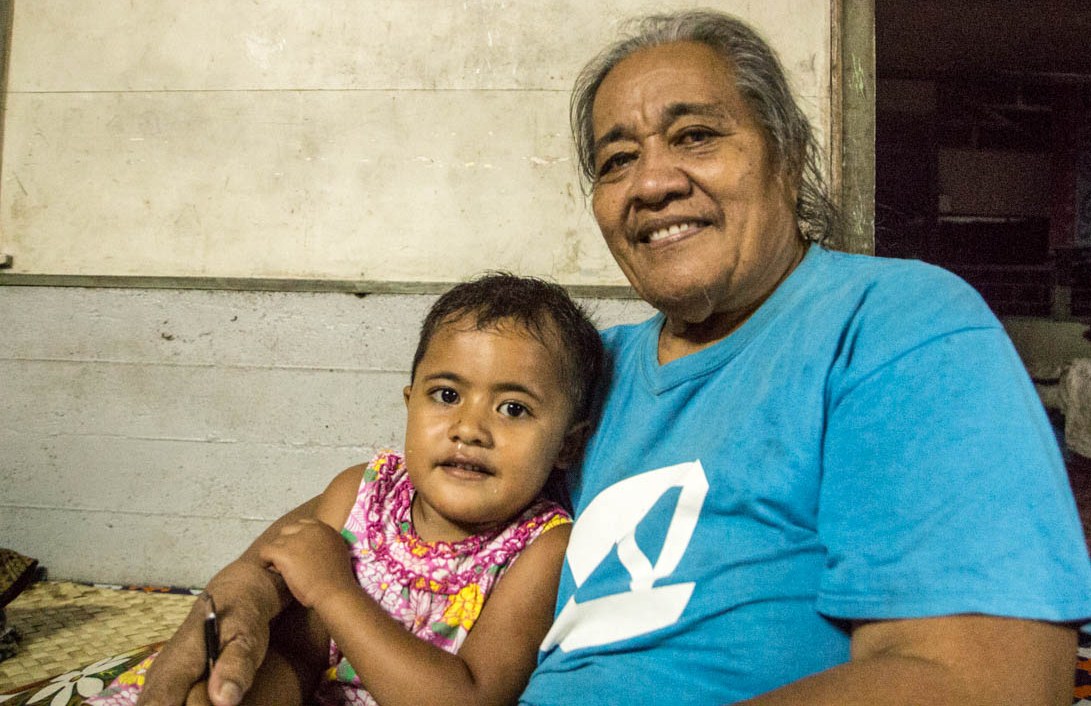 One change that she described as positive is the introduction of preschools or early childhood education.

“Back in the days, it was difficult for students to adjust and get used to coming to school as they come in as Year 1 students,” she added.

“However, that’s not the case anymore since we have preschools. And I really love the idea of having early childhood education as it prepares the children for school.”

However, it has not all been good for the education system with the retired teacher lamenting the lack of respect that young teachers have for their senior peers.

“Back in the days, we follow the Samoan common ideology : “E faalogo mulimai ia muamai” (The newcomers should listen to the old ones),” she said.

“It’s different nowadays as some of these new teachers come in with high qualifications and when they are told what to do, they get offended and don’t want to listen.

“Some of the new ones look down on those who have been teaching for more than 20 years, because they think they have it all – which is sad because I am a firm believer that when it comes to teaching, yes qualifications matter, but what’s the use of qualifications when you lack passion, honesty and love for the children and the work?

“The experienced teachers have a lot of skills on how to deliver lessons which is something the new ones could learn from.”

And what has been the highlight of her 40-plus years in the teaching profession, Mrs. Mamea said it was the sense of fulfillment she felt when she saw her former students.

“It’s definitely seeing the children grow and succeed. I’ve met so many children and taught so many that I can’t remember,” she said.

“But every now and then, I have people just walking up to me and address me as Miss. And there is always this feeling of pride and happiness in my heart when they say they used to be in class.

“Teacher is a difficult and challenging job, but it’s a fulfilling job as well. For 43 years I was a teacher, I’ve met and taught so many children. Every year was a new adventure as I had new children every year.

“I recognize some of them when I see them around and I love hearing stories of where they are working now and it makes me grateful.”

When asked on her secret to nurturing the young ones, Mrs. Mamea said focusing on a child’s mental health is critical and key.

“We don’t pay much attention to a child’s mental as we just focus on delivering the lessons in the textbooks,” she said.

“But it is very important to consider all aspects. For me, I spend time figuring out the behaviors of the children, and if I see one of them isn’t feeling well each morning, I talk to them and ask them to share their problems.

“And I humbly say that it was that method that got me closer to most of the students I taught in the past. I was a very strict teacher and a lot of students were scared to be around me, but I have my own way of getting to them and getting their attention and trusts.”

She is married to Mamea Iosefa of Matavai Safune and they have four children and 13 grandchildren.