Enhancing leadership pathways for men and women in villages

About 30 participants got the chance to experience a four day training hosted by Women in Leadership in Samoa (W.I.L.S.) Project at Le Uaina Beach Resort (Photo: Misiona Simo )

A four day training of trainers reminded 30 young women and community leaders from the district of Anoama'a that change has to come from within before it is reflected unto others.

Held at Le Uaina Beach Resort the training  based on the Village Leadership Development Initiative’s (VLDI) aimed to enhance the leadership pathways for women as well as men in these communities.

Trainer, Fuimapoao Beth Onesemo-Tuilaepa, a lawyer by profession and former C.E.O. of the Ministry of Women said the programme has been a reminder to them of all the values they were brought up in the families.

"Values like love, and kindness and equity and fairness and ensuring that the actions that we take each day, whether it be a relationship with our children, with our spouses, with our committees, that our actions and decisions reflect the values that our parents and our Fa’asamoa instills in us," she said.

"So this week has been a special reawakening for everyone to remember that we do have the leadership qualities that are required for things to change and it starts with yourself, your family, community, before you can even think about the broader context." 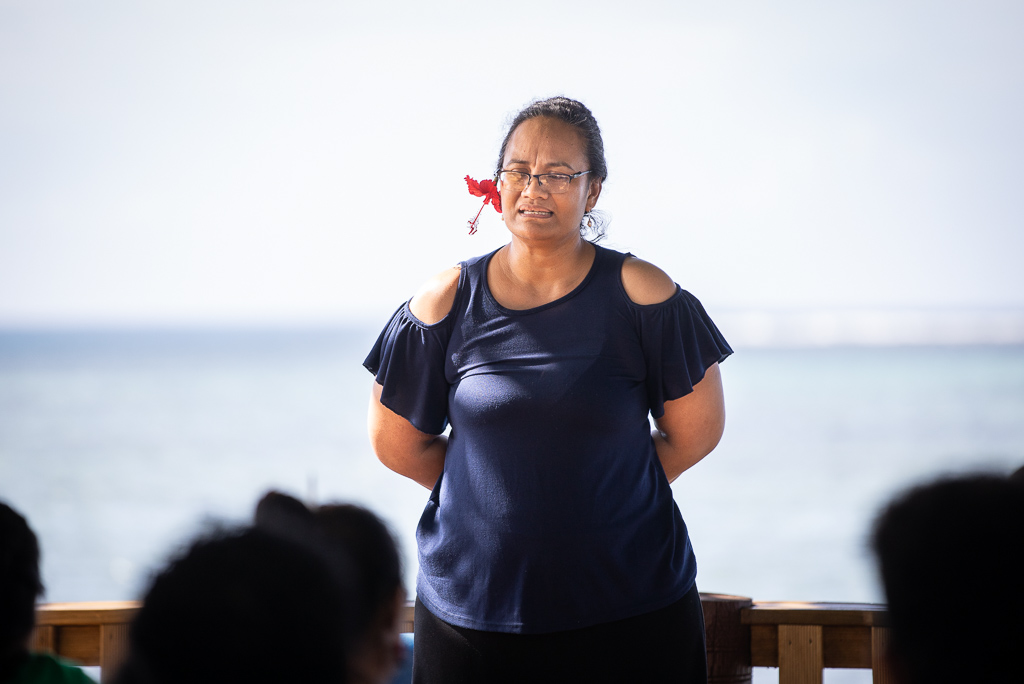 Statistically, women represent 49% of the total population of Samoa.

From that number, only 10% are matai holders and 5% are participating in the village fono, which indicates that the opportunity for them to voice opinion and perspectives on village decision-making processes is limited and restricted.

She highlighted that in the course of the training it has been pleasing to see the participants come out of their shells and away from suppressive norms of society are within communities, villages and families.

"It has been encouraging to see that while they are in the traditional setting of Samoa in the villages and not confident and not very often given the opportunity to express their views and thoughts.

"This week has been a safe space for them to step up and say ‘hey I do have what it takes to be a leader in my community'," said Fuimapoao. 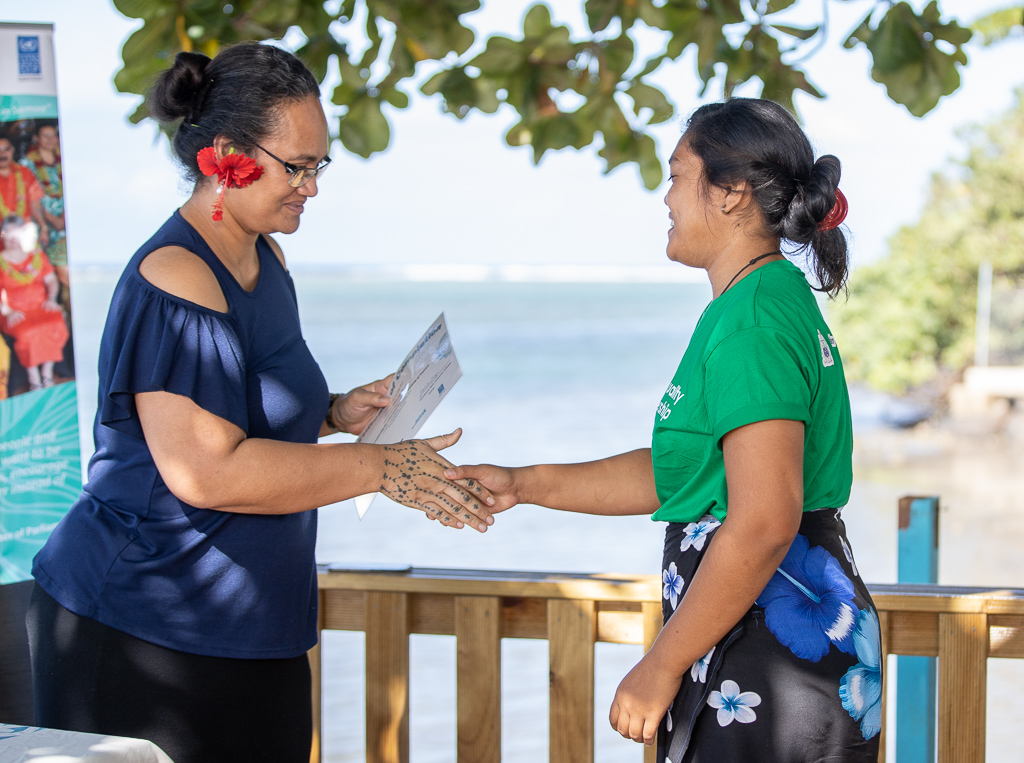 The message seemed to have gotten right across to both the men and women who have been attending the forum because tears were shed as they shared their weaknesses and how the program has helped them overcome this.

Mother of three, Fa'alagilagi Tuitagalevao from Manunu said thanks to the training she has new-found strength in speaking up for what she believes in, especially regarding the issues she sees in her villages.

"From the beginning we came in unsure and with so much fear but we were taught to dig deep within and think about what you can do starting with you, to dream big, to voice what you have to say," said the 43-year-old.

"For example, there was no way to voice the issues happening in our communities due to feeling afraid and fear of being punished by the village or worrying about being hated.

"But right now I have found the courage to speak up and be someone who can stand for the little ones who need a loving voice and be who they need."

One man identified one of his weaknesses as being short tempered and thanked the trainers for their encouraging words and helping him deal with this, for the benefit of his family and everyone around him.

The training was organised and facilitated by the Women in Leadership in Samoa (W.I.L.S.) Project, a three-year project implemented by United Nations Development Programme (U.N.D.P.), UN Women with funding from the Australian Government in partnership with the Government of Samoa.