Robot ready to leave the country and head to Dubai to compete in the competition First Global Robotic Challenge. (Photo: Aufa'i Areta Areta )

A robot manufactured locally by five Samoan students is ready to take on the world in an international robotics competition in Dubai.

The event is an annual robotics competition that seeks to highlight the greatest challenges facing the planet. This year's competition will be held from October 24-27.

This year the teams will learn about real-world challenges relating to cleaning up the world's oceans, consequently the theme "ocean opportunities" for the competition 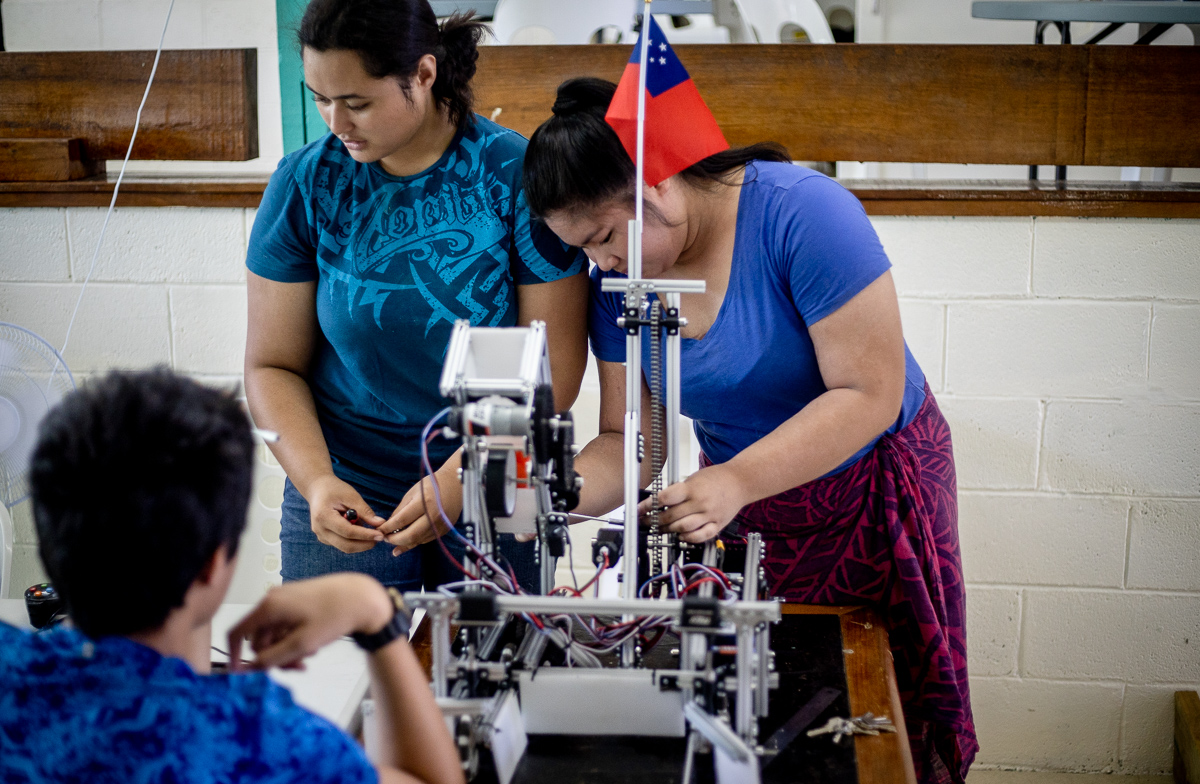 The Samoan students will be accompanied to Dubai by their teacher, Masa Fa’asau and mentor, Lemamea Sia Matalavea.

R.L.S.S. principal, Fiaapia Devoe, told the Samoa Observer that they have not reached the fundraising target that they had set in order to raise more funding for the trip to Dubai.

“We still have two weeks to go and what we use in Dubai for the students we are trying to aim for to get,” she said.

The Dubai government will pay for the team's return airfares to Dubai with funding for accommodation and food expected to be raised through fundraising by the school, families, friends and supporters.

On Thursday the Samoa Gambling Control Authority stepped forward to throw its support behind the team, and donated a $3,000 tala cheque to the team at the University of South Pacific Alafua Campus. 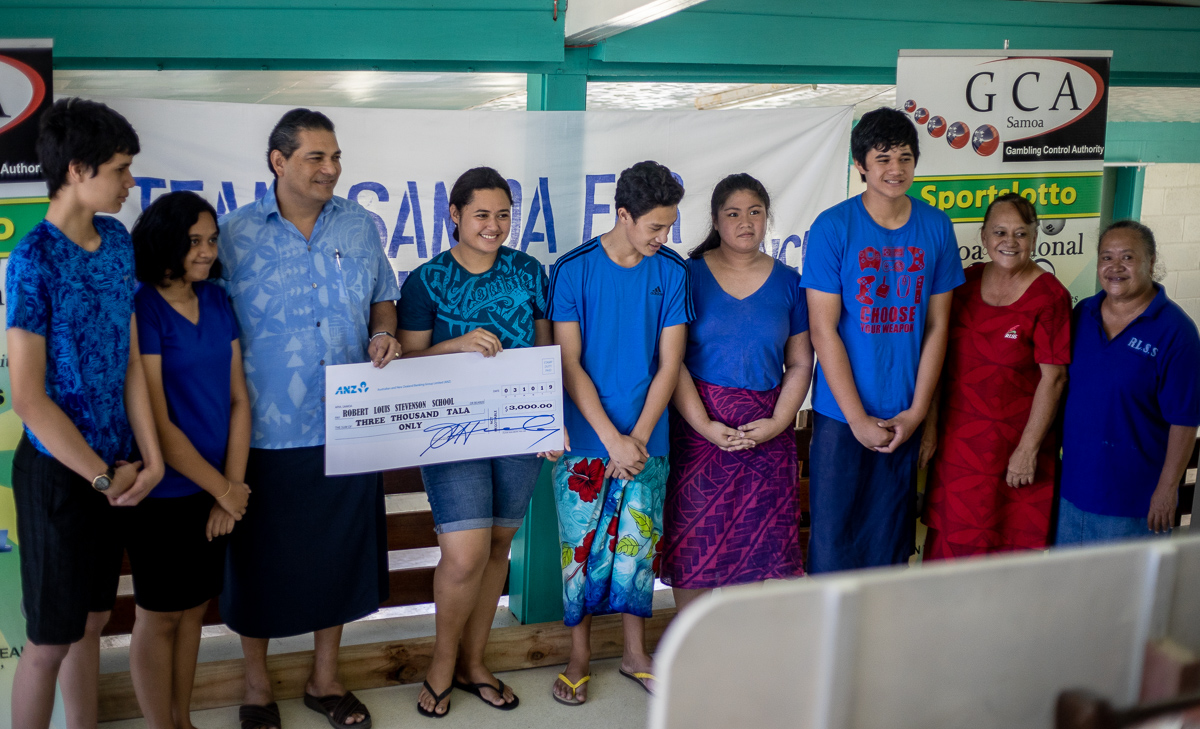 The Authority's Chief Executive Officer, Tuala Tamaalelagi Tuala II, said their Board gave approval for the funding support and he hoped their participation will encourage Samoa's youth.

“It's a valuable exposure for them overseas in what other opportunities exist for them in a non-sports areas and in robotic science is good,” he said.

Tuala said he is happy to be making a donation to a team that is representing the country in its first ever international robotics competition.

Following the cheque presentation, the five R.L.S.S. students did a demonstration for Tuala to show how the robot will compete in Dubai as well as to show their appreciation for his organisation's support.

Tuala wished the team all the best and said he hopes the country's youth continue to embrace similar opportunities on the world stage and in an important area such as robotics.

According to the FIRST Global Challenge website, two groups made up of three teams from different states will work to clear the ocean of pollutants. The cleanup crews have 2 minutes and 30 seconds to collect pollutants, deliver them to the processing areas, and finally removing their robots – also known as collectors – from the ocean. 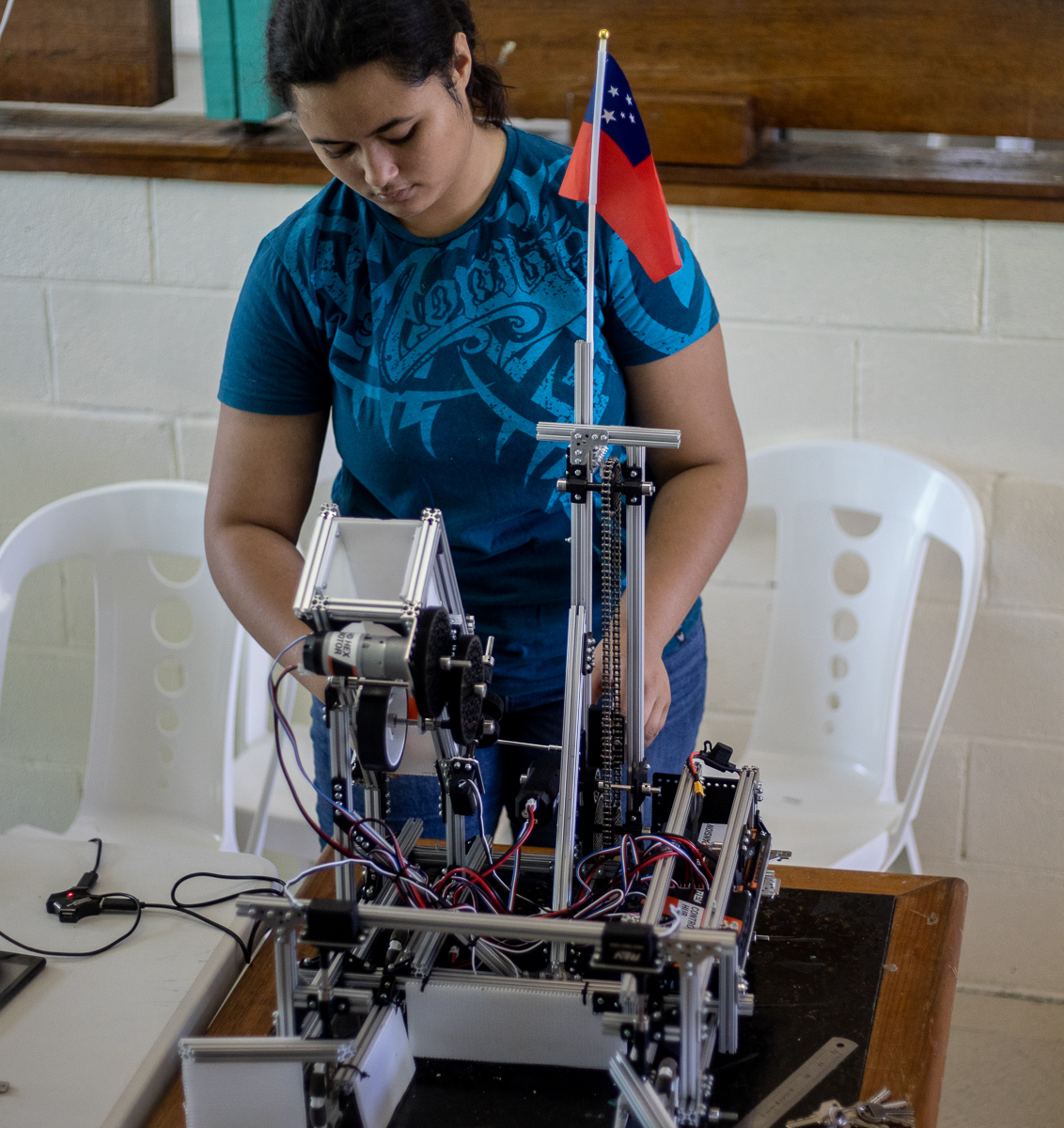 Prior to the start of the match, each side of the playing field is covered in pollutants randomly distributed. A total of thirty 30 micro pollutants and 50 macro pollutants, represented by small and large foam balls, litter the ocean. The cleanup crews score points by transferring pollutants to two types of processing areas located in the ocean—the processing barge and the reduction processing hub.

The processing barge, located in the center of the ocean, is divided into to a blue alliance side and a red alliance side. Collectors score points by depositing pollutants on the three levels, each representing different degrees of processing. As the levels progress from lowest to highest, the point value increases.