Agricultural from Tonga were on display at the annual Samoa Agriculture and Fisheries Show 2019 at Malaefatu Park on Wednesday.

The show is a side event of the Pacific Week of Agriculture programme, with leaders in the agriculture sector from 28 Pacific nations gathering in Samoa to discuss regional plans to boost the industry in their respective countries. 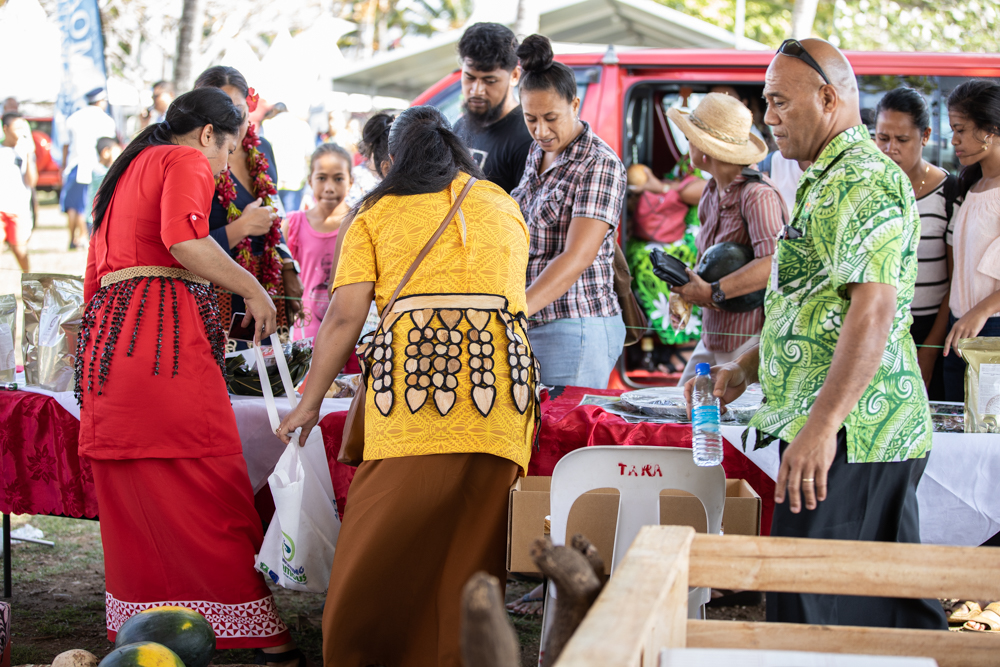 The event is aimed at addressing major challenges facing agriculture, fisheries and forestry and is organised by the Samoan Government through the Ministry of Agriculture and Fisheries in collaboration with Food and Agriculture Organisation of the United Nations (F.A.O.) and Pacific Community (S.P.C.).

According to Maloni Havea, who is a Ministry of Agriculture officer from Tonga, he said the significance of his country taking part in the show is that it provides an opportunity for them to showcase their produce. 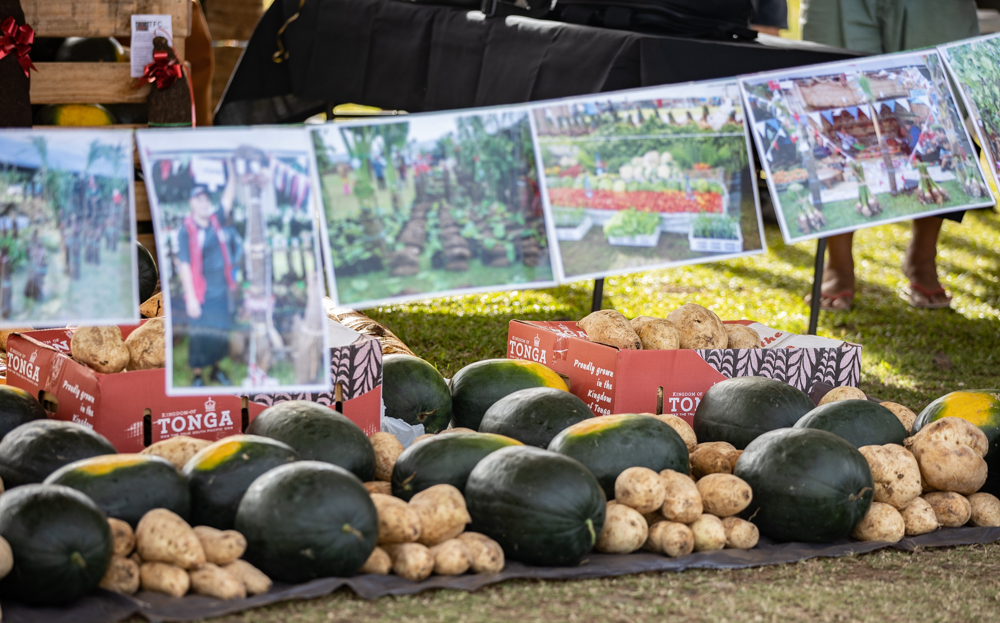 “We wanted to promote what agricultural produces and products that we have in our country like giant taro, different variety of sweet potatoes, watermelons, English potatoes, sweet potato and cassava chips,” he said.

He added that they packed their produce in a container and were able to bring them to Samoa in a ship.

“And of course we went through the normal biosecurity checks in Samoa, and there were some produces that we were not allowed to bring, some of the vegetables like tomatoes and capsicum. 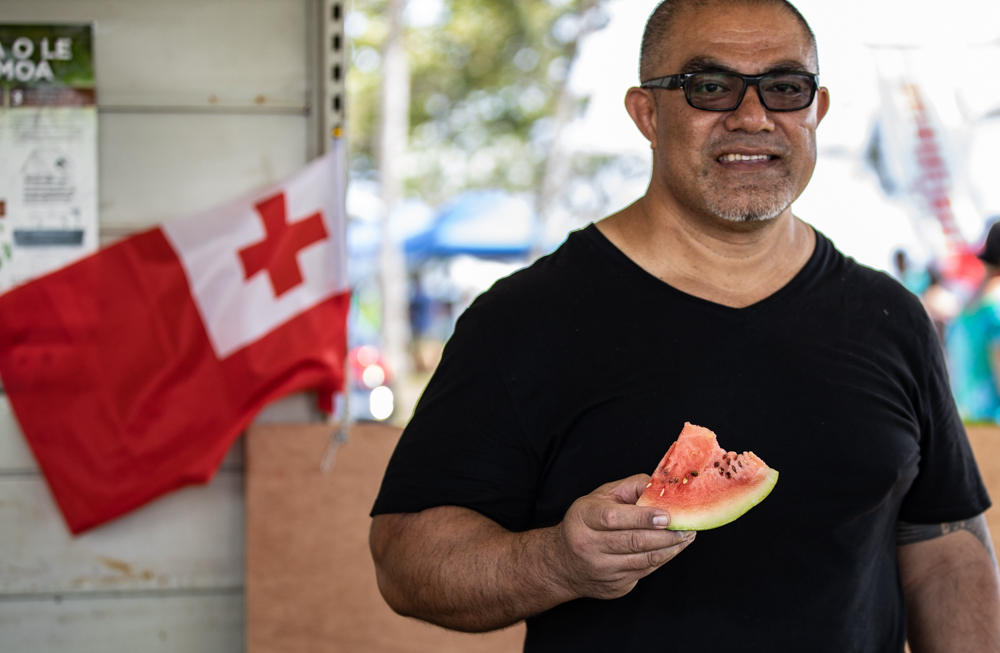 “Tonga’s level of agriculture is very good because we have low flat areas and plus we have fertile soil and those are some of the contributing factors to us having an increase in production for food crops and good quality.

“We also export to countries like New Zealand, Australia, America, Japan and China.”

Mr. Havea said that during their showcase, they received positive feedback from the local community, especially on how sweet Tongan watermelons were. 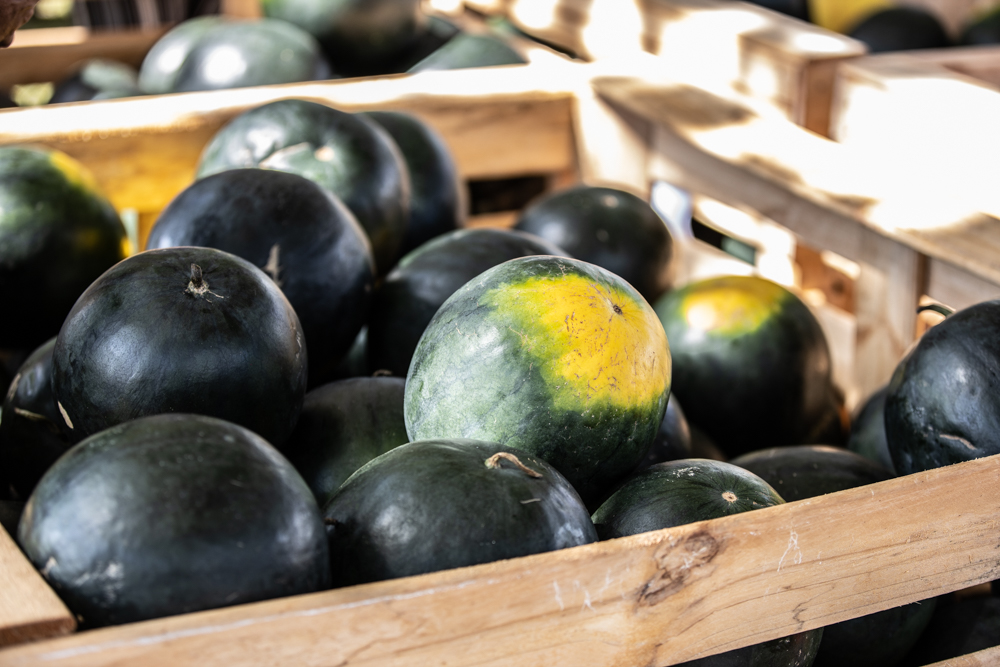 “Back home in one of the islands I am in charge of, we use agroforestry farming systems, not using plowing we just use manure but only mainland use plowing.

“It is also our hope that there would be an opportunity in the future where we can export some of our produces to Samoa.