The mother of former Chief Executive Officer of the Unit Trust of Samoa (U.T.O.S.), Sa'u Justina Fa’asamoa, says she does not believe her daughter committed suicide.

Sofia Evile Fa’asamoa, 69, of Apolima was alerted to Sa’u’s death when her son Lolani woke her up in the early hours Sunday 21 October 2018.

Kolani Junior Lam, Sa’u's husband is accused of the murder of his wife in a trial currently before the Supreme Court. He has denied charges of manslaughter, common assault and conspiring to defeat the course of justice.

“I didn’t believe that [Sa’u had committed suicide] because she is intelligent and she loves her children and me and was very committed to her work,” said Mrs. Fa’asamoa.

The mother recalled she went to see her daughter at the Moto’otua hospital when she learned of her death early on that morning. She was told Sa’u had died in an alleged suicide.

But upon seeing her daughter’s body she was not convinced it was caused by suicide and had immediately requested a post-mortem.

“I wanted a post-mortem for her because I want some confirmation of the cause of her death,” she told the Court.

“I was told she [allegedly] hung herself but I saw her neck it didn’t have any rope marks.

“She had scratch marks but no marks to indicate it was from a rope.”

After seeing her daughter’s body at the hospital, Mrs. Fa’asamoa said she went to Sinamoga where Sa’u and Lam lived to collect her grandchildren to take them with her.

Once she arrived she noticed Lam was with some of his friends outside. She went straight into the house to look for her grandchildren.

However, Lam had told her the children would stay with him but could continue to visit their grandmother.

She alleged that Lam must’ve been drinking with his friends.

“He showed us outside where the tree was and the branch that Justina used to hang herself,” said Mrs. Fa’asamoa.

“I didn’t see any rope hanging from the branch. I had told him that she could not have hung herself from that [branch]. The branch is too low and she’s skinny – she’s not a heavy person…her feet can touch the ground if she was on that branch.”

The mother measured the branch to be just above her head. She testified that her daughter was short but taller than her.

The mother described Sa’u as a very obedient child, who was loving and did not hold grudges.

“She’s very loving, she loves her children and she loves me her mother. Her father passed away and we had depended on her.”

Sa’u was the second eldest of her six children.

The former C.E.O., who was known to her family as Fiapaipai. was 43 years old when she passed away.

She had four children, two from her first marriage and two other children to Lam.

The mother said the last time she spoke with her daughter was on the Friday of the week she died.

In her evidence, she was not happy with Lam marrying her daughter.

This was because of what her granddaughter told her of Lam allegedly strangling her and throwing a pot at Sa’u.

“Talei [Sa’u’s daughter] told me about what he did and I had called Justina to leave that man if he doesn’t love her,” said the 69-year-old mother.

“I had also told her that Kolani doesn’t know that she had head injuries from an accident she got in when she was younger. But she told me it doesn’t hurt and that John (Sa’u’s first husband) was the same he also beat her up.

“She told me that Kolani loves her so I told her it is up to her but Talei is staying with me – she will no longer live at Sinamoga.”

The mother repeated she was not happy about her daughter marrying Lam because she knew another side to him, and between he and Sa’u’s children.

Furthermore, she made reference to what her grandmother had told her about Lam throwing a pot at her daughter and allegedly strangling Talei Kelsall.

But the lawyer put it to Mrs. Fa’asamoa that she did not have firsthand knowledge of the things that Lam is being accused of and it was from other people’s word to her.

The mother agreed but insisted she disliked Lam because he was always drinking alcohol and did not love her daughter’s children.

The lawyer put it to the mother that their family did not like Lam because he was not suitable for her daughter, a C.E.O of a large investment concern.

She disagreed saying it was her daughter’s decision to stay with him.

The Court heard that the mother and her son, named Lolani, did not attend Sa’u and Lam’s wedding.

According to Mrs. Fa’asamoa she had to look after the family shop as it was the only one that services the village while her son had to do delivery.

But Leiataualesa told the witness that her absence from the wedding indicated that their family did not accept Lam.

The mother rejected that characterisation and said she was obliged to tend to her business.

The mother also denied that her daughter had grown distant from her after the wedding because of how she felt about Lam.

The mother said she was unaware why Sa’u rarely come around to visit the family in Apolima, claiming that it could have been Lam that did not want her to.

Police will call more witnesses today as the hearing continues. 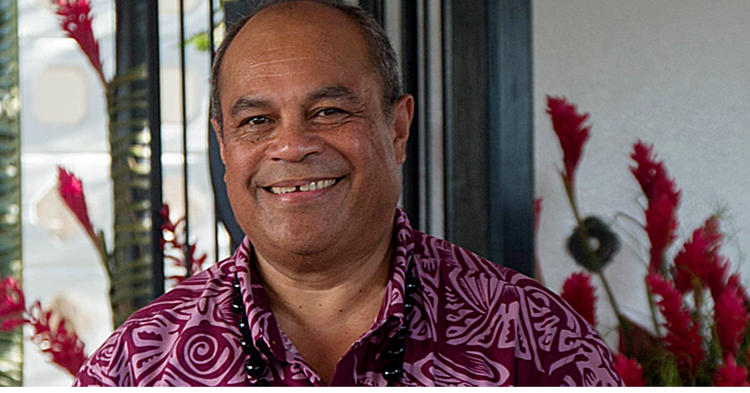 Aupito the new Minister for Courts

New Zealand government minister with Samoan heritage, Aupito William Sio, says it is a privilege to continue to work with the Jacinda Ardern government as a minister.