Malaea Lauano and her students during the presentation of their one week in Hokkaido in Japan (Photo: Misiona Simo )

A group of Leifiifi College students have spoken of their first ever visit to Japan to participate in the High School Students Summit "World Tsunami Awareness Day" in the city of Hokkaido.

Marieta Tupai told Samoa Observer that it was her first visit to Japan and she had a great time going places.

"First time in Japan was really nice, and I got to visit places which I never thought of visiting and also we have seen some memorial place like tsunami museum," she said.

The interactions between students from different parts of the world was also an eye opener, as she said she was impressed with the ideas that everyone shared.

"It's something that is boring to every one but it's  has a great value to our life," she added.

Gogouli Une said when they first arrived in Japan, the weather was hot and the people greeted them with happy faces.

"We took a 10 hours flight and we arrive at the Narita international airport but it was night time there and we were tired," she added. 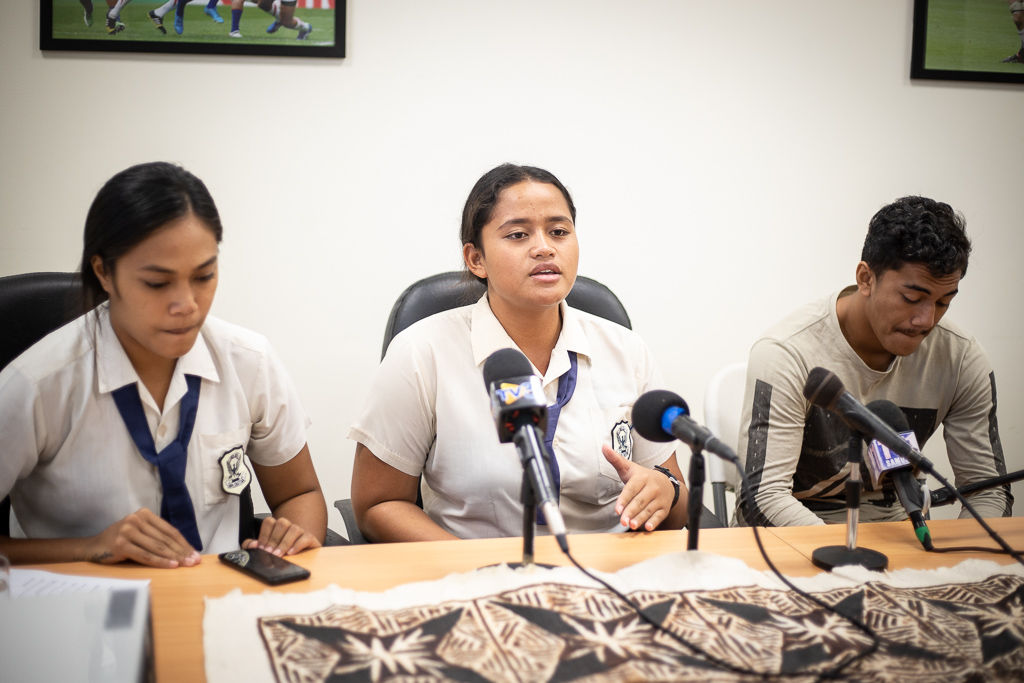 During their stay in Hokkaido, they had fun going sightseeing in the other states of Japan, and seeing other islands of the country.

The students and the principal also visited one of Japan's popular buildings to take photos of the place.

Miss. Tupai told the media they had an orientation with all other schools  in Tokyo, and were then divided into groups.

"Throughout the orientation we were giving out responsibilities where we the Samoa team, Niue and the Cook Island schools to perform," she said.