Samoan discus thrower, Alex Rose, is now ranked 33rd in the world after a 61.80 metre throw at the I.A.A.F World Athletics Championships in Doha.

Rose, who lives in Michigan, United States, opted to compete under the Samoan flag at this year’s championships.

At his heats on Saturday, Rose came 10th, just behind Colombia and ahead of Poland.

The World Athletics Championship is a major stepping stone on Rose's road to the 2020 Tokyo Olympics, which he has already qualified for after a 66.31 metre throw earlier this year. 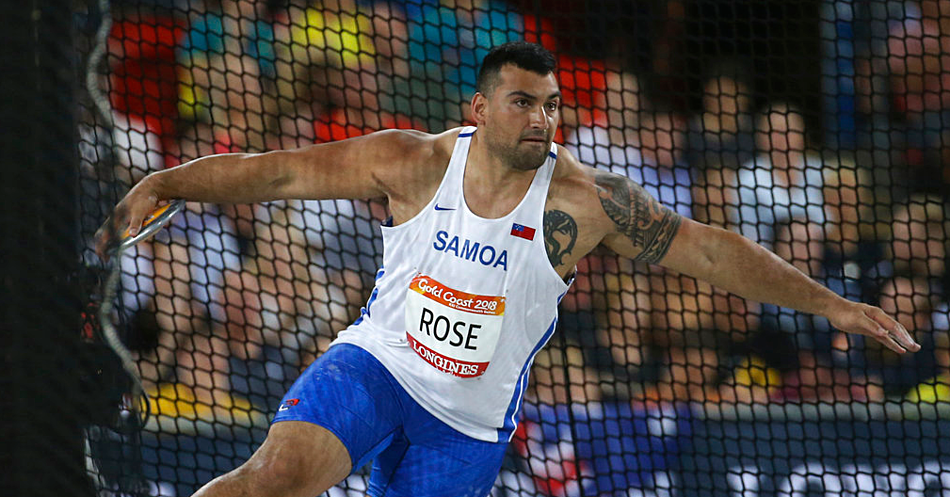 “It’s very relieving, knowing that I don’t have to worry about hitting the standard," he told Samoa Observer in August.

“Only training as hard as I can so I can be in the best position during the Olympic Games."

It is Sweden’s first gold in discus. Winner Daniel Stahl called it an “historic” moment.

“I have been fighting for this for many years, I am speechless now,” he said.

In the 200m sprint, Samoa was represented by Jeremy Dodson, who won silver in this year’s Pacific Games 200m.

He placed fourth in his 200 metre heats, coming behind Trinidad and Tobago, Dominican Republic and Cuba.

Dodson ran his race in 20.60 seconds, just eight seconds behind Cuba’s Reynier Mena, and is now ranked 99th in the world in the 200m event.

The top eight face off for the medals on Wednesday morning Apia time.