Ten years on from the tragic disaster of 2009, churches across Samoa were filled with survivors, families and friends who came together in remembrance on Sunday.

An early morning march commenced the day of commemoration on the south coast of Upolu as flowers were sent off with the cold morning sea waves at Taufua Beach Fales.

Later on in the morning, people started to flood the churches as on any given Sunday, but this time to join memorial services in the villages. 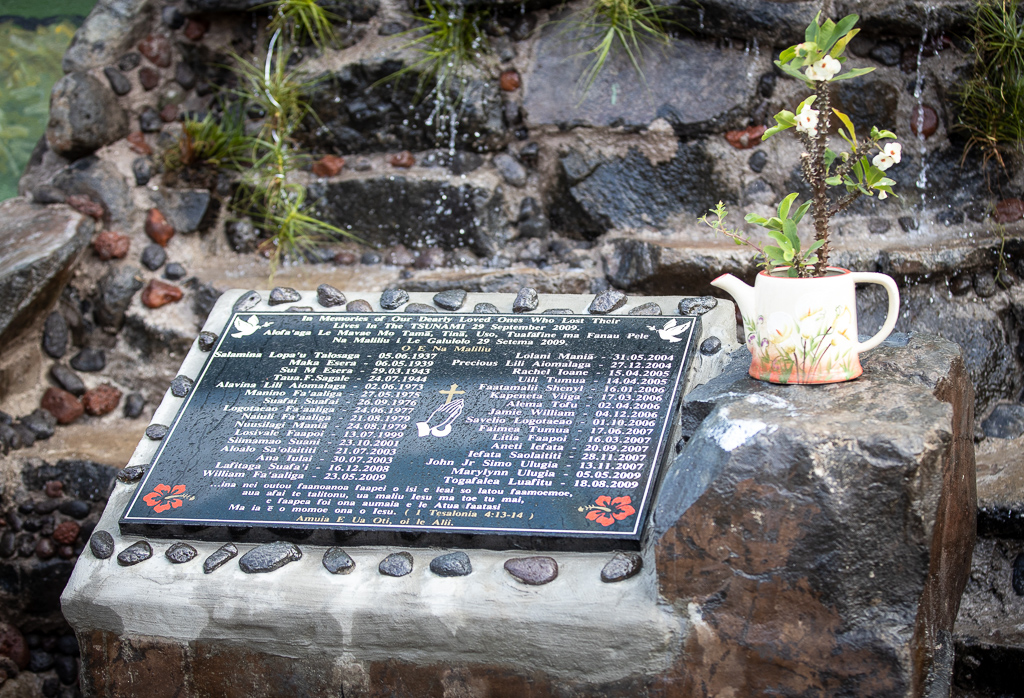 The services were occasions for unveiling and blessing plaques villages had prepared for the tenth anniversary, listing victims' names for display in front of or inside churches.

A total of 32 lives were lost from the village of Saleapaga including a four-month-old and a less than one-month old infant. They were celebrated in a church whose roof was swept away by the 2009 waves. The building is now a memorial garden.

An elderly couple, Maka Esera and Faiupu Sui Tu'umaga, both lost their lives to the tsunami and ten years later, their eight children and grandchildren returned for a family reunion on Sunday. Their eldest son, Falefata Tauiai Esera, said although they still feel the pain of having both their parents gone, they choose to celebrate their lives and reflect on the things they achieved during their lives. 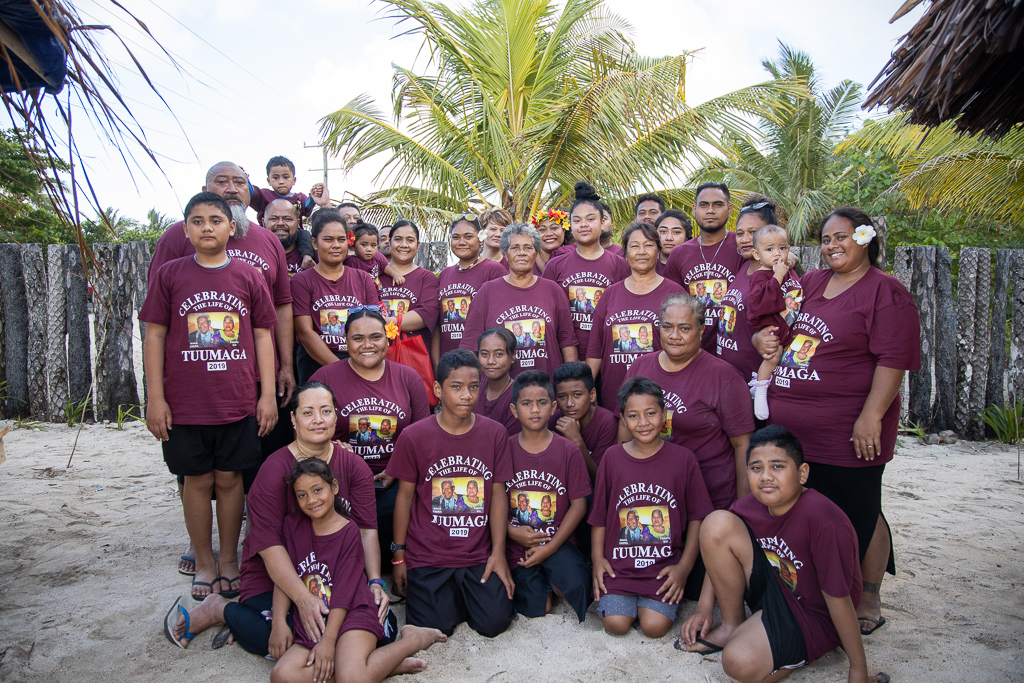 "Our father passed away at the age of 70. We flew over to celebrate his 70th birthday in May that year, but [he] was taken away by the tsunami in September, while our mother was 65."

The family had been setting up tents and camping out on the now-vacant family land in Salepaga where their parents passed away. Their parents were laid to rest in Aleisa.

"In ten years the family has grown and I am not sure how many there are now in our family, but there is more than 60 here. Our parents had eight children plus their many adopted children," he said.

"We never came back to rebuild after those years, but now they have started to come back to it.

"We still feel the sadness but we would rather celebrate their life than their death, because it is the fruit of their work that has made brought us here today." 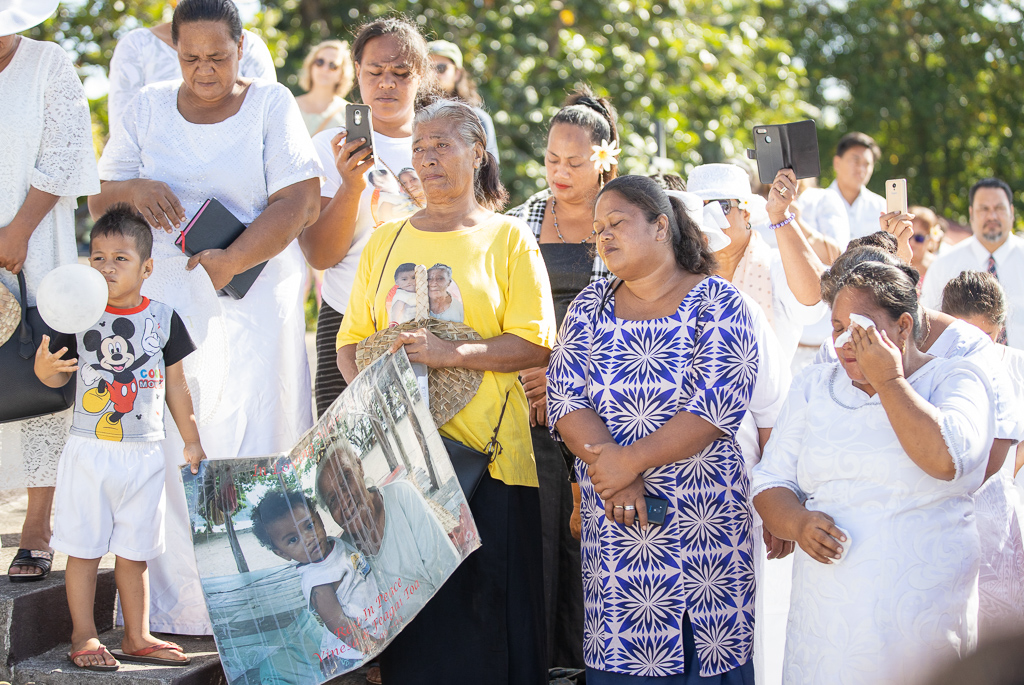 While some families chose to remember and smile on Sunday, for some wounds were reopened and they could not help but shed tears throughout the service.

"Although it has been ten years, we still cannot forget what had happened and I know that’s a lot of years, but we still remember because they’re people that we love," she said.

"In our family there were five of them that passed, including my husband, my son, my husband’s mother, and his sister-in-law, and the niece." 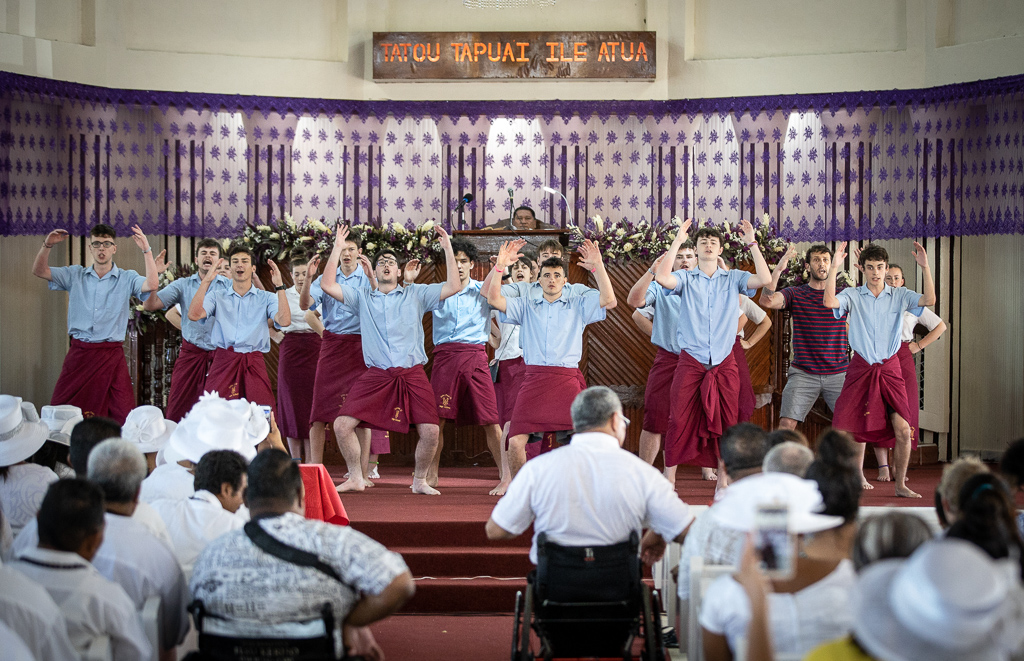 A total of 49 people from the Lalomanu village died in the tsunami. They commemorated their loved ones at a church service and also commissioned a plaque in front of their church building.

Many tourists, villagers, survivors, and victim's families and friends flooded the building, wishing to take part in remembering their loved ones whom they lost to Samoa's most devastating natural disaster.

The 8.1 magnitude earthquake was followed by a tsunami that claimed the lives of of 143 people in Samoa, some of whom have never been found up to this day. The disaster also claimed 33 people in American Samoa and nine in Tonga.