Poutasi village unites to remember those they lost

The candle lights and photos in honour of Poutasi's loved ones. (Photo: Nico Faapouli Feagaimaalii )

Tears of joy and sorrow were shed at the Poutasi Memorial Hall at a special ceremony held in honour of the nine victims who died as a result of the tsunami 10 years ago.

Prior to the service, a short blessing was conducted to unveil the photo montage etched on the wall of the memorial hall composed of photos of the women and children who perished on this day day ten years ago. 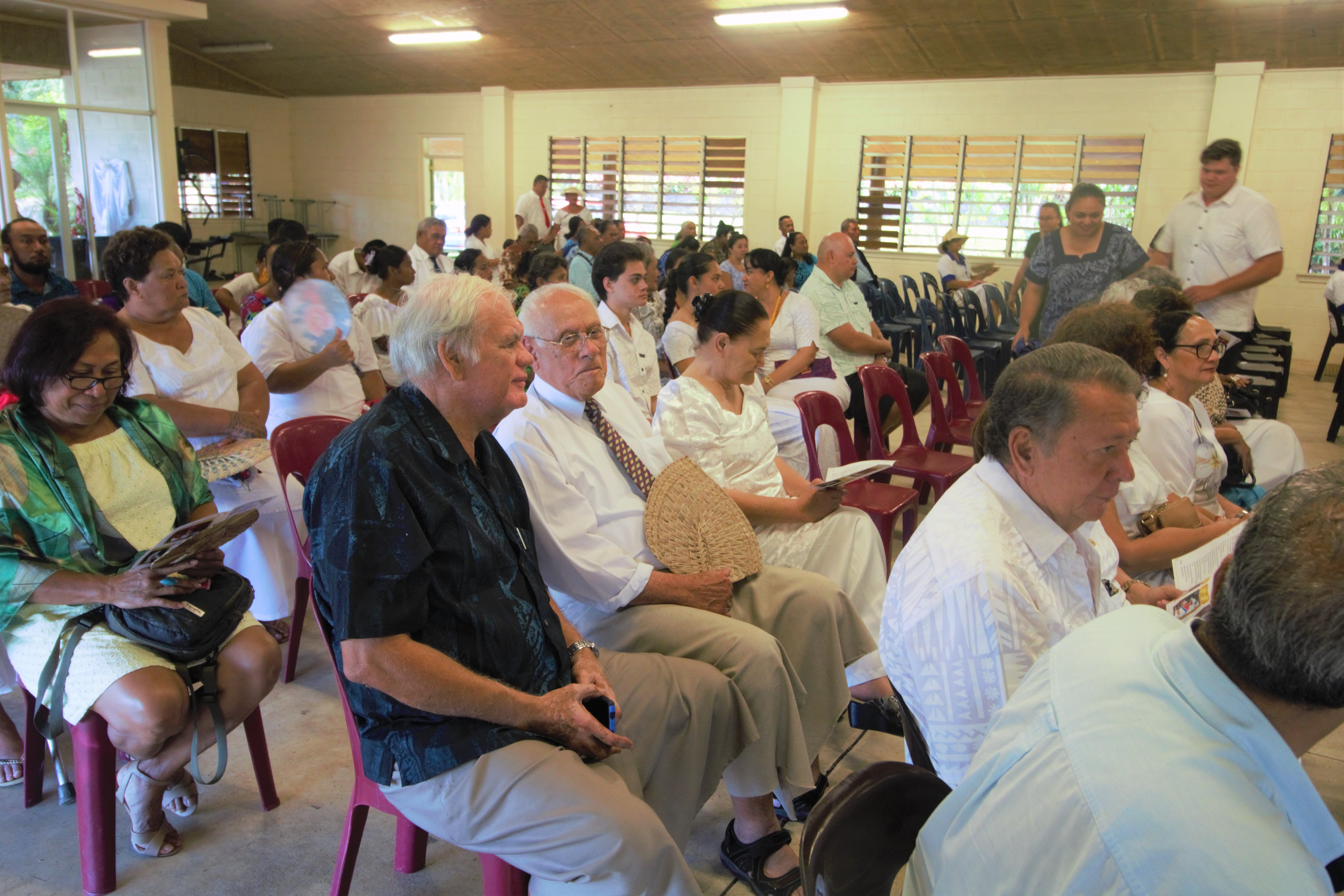 The service was led by Congregational Christian Church of Samoa Reverend Letone Uili who called for a moment of silence.

The Reverend had lost his wife in the natural disaster.

By candle light photos of the victims were carried by their family members to the front and centre of the hall.

During testimonies, the first woman to stand before the weeping crowd was 78 year old Simatamanu Meleisea who was swept away by a wave ten years ago but saved. 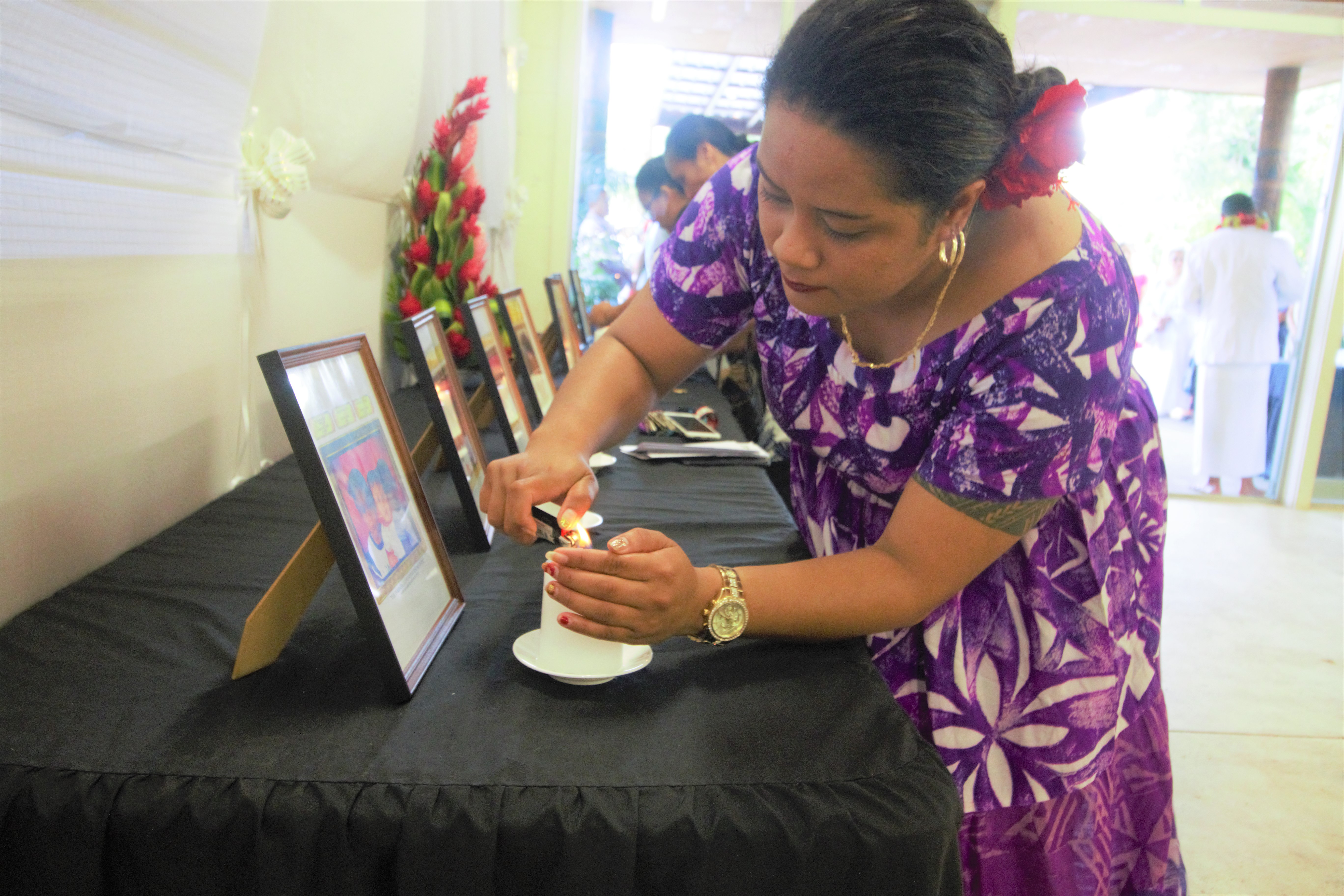 In tears the elderly mother told of how God saved her life and despite the complications of injuries she is happy to be alive.

“There is nothing more to say other than to be thankful that my life was spared. Who knew I would make it to this day, given my injuries which were severe and despite the lack in strength I came today as a testament of God’s love and compassion,” said Ms Meleisea.

Another survivor, Suluao Tualogo, spoke of the ordeal like it was yesterday.

“I could barely run when the wave made its way on to our land and it took me. I felt sharp objects scraping my legs, but fortunately for me the waved placed me near the clinic and there people tended to my injuries,"  said Ms Tualogo.

“As you can see that I am limping, but there mere fact that I am thankful for is that my life was spared."

“It’s been ten years and yet it feels like it was just yesterday we received word she died; ten years yet the pain does not get any easier and as I grow older and reached certain milestones in our lives our only wish is that she (Tuifalemalo) was here to witness the most happiest moments in our lives," she said.

The daughter of Si’i Eddie Annandale, Anna said her grandmother’s desire for them was to reach for the stars and never give up during trying times.

“Mama Tui, my heart is with you today and thinking back ten years ago; we were getting ready to go to New Zealand and you came to drop off your glasses the day before. And who would have thought that was the last time we had to say goodbye to you, see you, hear your voice and hug you one last time," she said. 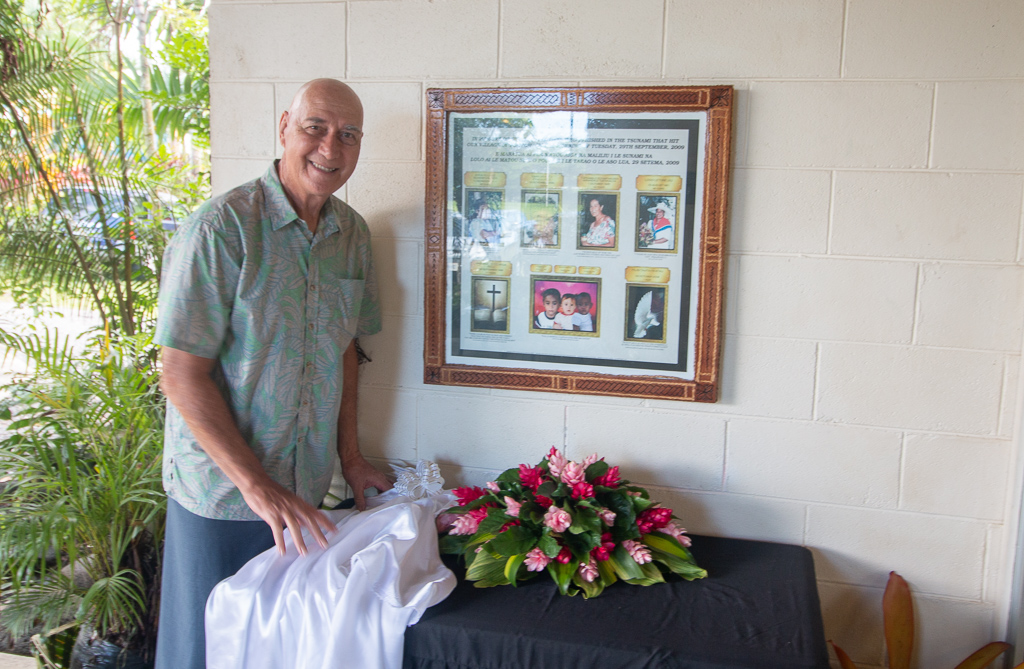 “I would [that] there was a warning of some sort, so that when we say our last goodbyes; we would tell you how much we love you; hug you tightly and never let you go; but God’s plans are greater than any of ours. And he needed an angel, so he called you home."

The audience heard Anna sharing about her talented late grandmother's story. She was the very first Miss Samoa, in 1969; ran a hotel (Sinalei Resort); took on village duties as the wife of a chief and, Anna said, her selfless service will never be forgotten.

"She was a one in a million. I hope to grow old and be half the woman she was," Anna said.

She concluded her testimony with a poem by David Harkins.

She Is Gone - David Harkins

You can shed tears that she is gone
or you can smile because she has lived.

Your heart can be empty because you can't see her
or you can be full of the love you shared.

You can turn your back on tomorrow and live yesterday
or you can be happy for tomorrow because of yesterday.

You can remember her and only that she's gone
or you can cherish her memory and let it live on.

You can cry and close your mind,
be empty and turn your back

or you can do what she would want:
smile, open your eyes, love and go on.