Families at Samalaeulu in Savai'i say they are eagerly anticipating the completion of the new Mali’oli’o Bridge which promises to make travel across the big island safer and faster.

The construction of the bridge was first proposed more than three decades ago.

But the new $7.5 million 26-metre structure is now nearing completion with the Government estimating it will be concluded by the end of December.

Locals such as Fa’aupu Sanele, a mother who lives close to the Mali’oli’o river, say it will help the village and the people of Savai'i immensely.

“I can tell you that the village of Tevaga and Vaifale are excited to see the completion of the work,” she told the Samoa Observer.

“It’s been a dream to have a bridge here to make crossing easier when the river bursts. It will be the first time to have a bridge built here and we are all looking forward to the opening."

Mrs. Sanele says she also expects the bridge to help the broader island by facilitating tourism and safer transportation.

“As you may have been aware, this is one of the most dangerous roads in Samoa during rainy seasons and bad weather conditions or when the river banks bursts," she said.

“Once it explodes, the people have a hard time crossing and people are always stuck here.”

However, Fa’aupu Sanele is positive that is going to change with the construction of a new route to the other side of the island.

She took the opportunity to thank the government of Samoa and its partners for considering their plea for a bridge to be built at Samalaeulu. 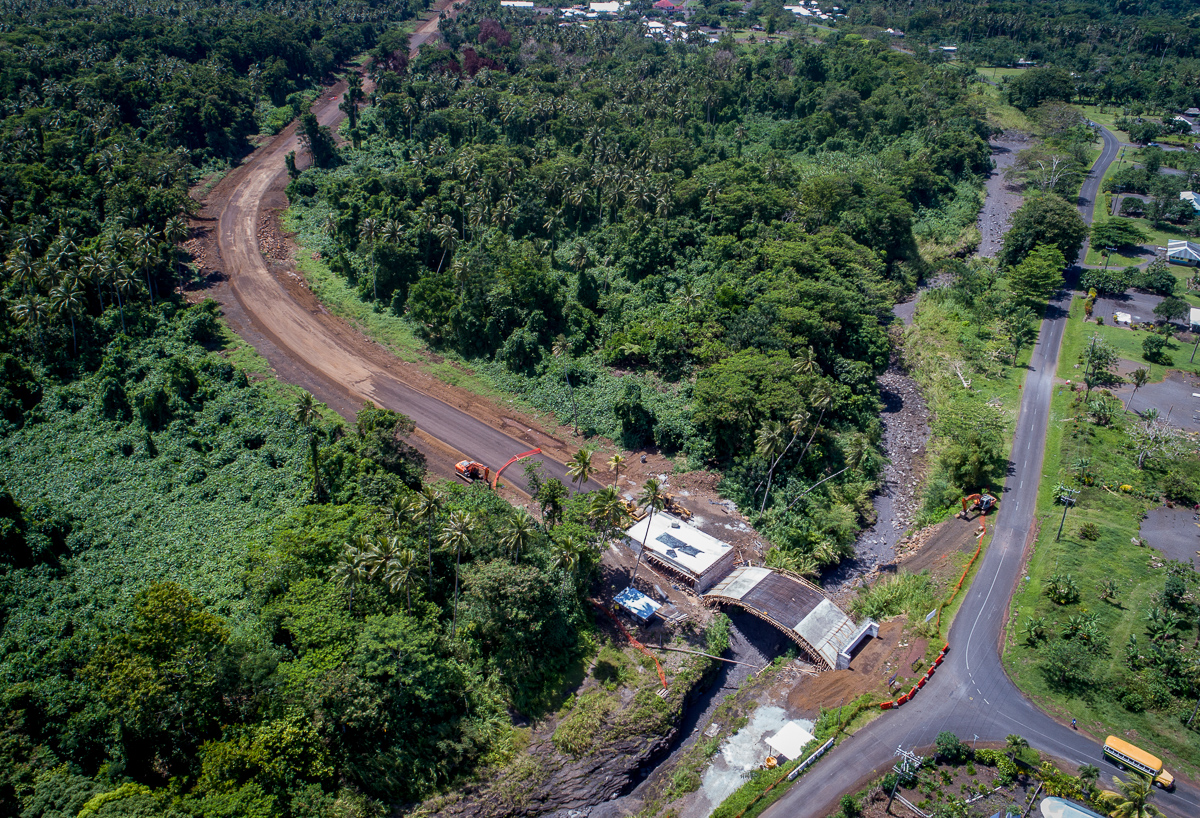 “This is something we’ve always wanted and our village has been making requests for so many years, and to see the construction on the way is something we are happy about and we will keep praying that it will turn out well.

“We are grateful to our government and to everyone involved for granting us our wish, I also acknowledge the support of our village council and the men in our village.

“Also to those who prayed so hard to make this possible. We are looking forward to see the final results of the work and we continue to pray to God for His protections upon us.”

Earlier in June this year, the Minister of Works Transport and Infrastructure, Papali’i Niko Lee Hang, confirmed the bridge could be completed in December.

The $7.64 million tala project is in the hands of a contractor, the Ah Liki Construction Company. Construction of a bridge over the Mali’oli’o River was proposed over 30 years ago.

The project is part of a US$26.35 million grant from the World Bank and Australia’s Department of Foreign Affairs and Trade (DFAT) to restore key road sector assets damaged by extreme weather events and to enhance the climate resilience of critical roads and bridges in the country.

It includes demolishing the existing bridge and the construction of a new reinforced concrete arch bridge 26 metres in length and 1.5 kilometre surfaced road.