Former All Black half-back, Piri Weepu, was in Samoa this week marrying his passions: rugby, hunting and fishing.

He has been filming the latest season of his show 'Piri’s Tiki Tour', a hunting and fishing show which has explored New Zealand.

The third series is dedicated to the ongoing Japan Rugby World Cup and the contrasting competitor nations' culture and food on a tour encompassing Japan, Tonga, Argentina and Samoa.

“I am lucky enough to be able to travel international for this opportunity,” Weepu told the Samoa Observer.

There will be two episodes shot in Japan and one each from Australia, Tonga, Argentina and Samoa.

He originally wanted to visit all three Pacific Island contenders but they couldn’t make it to Fiji.

“This time around there is a little bit of hunting and fishing but mostly we are trying to get the cultural side of things, especially in Argentina and Japan, the Pacific Islands," he said.

“I don’t think there is much of a culture in Australia unless you really hang out with the people of the land, but the history behind it and the connection to the land is always significant.”

Piri’s Tiki Tour began in May 2018. Weepu said he feels lucky to be making it after a successful rugby career. 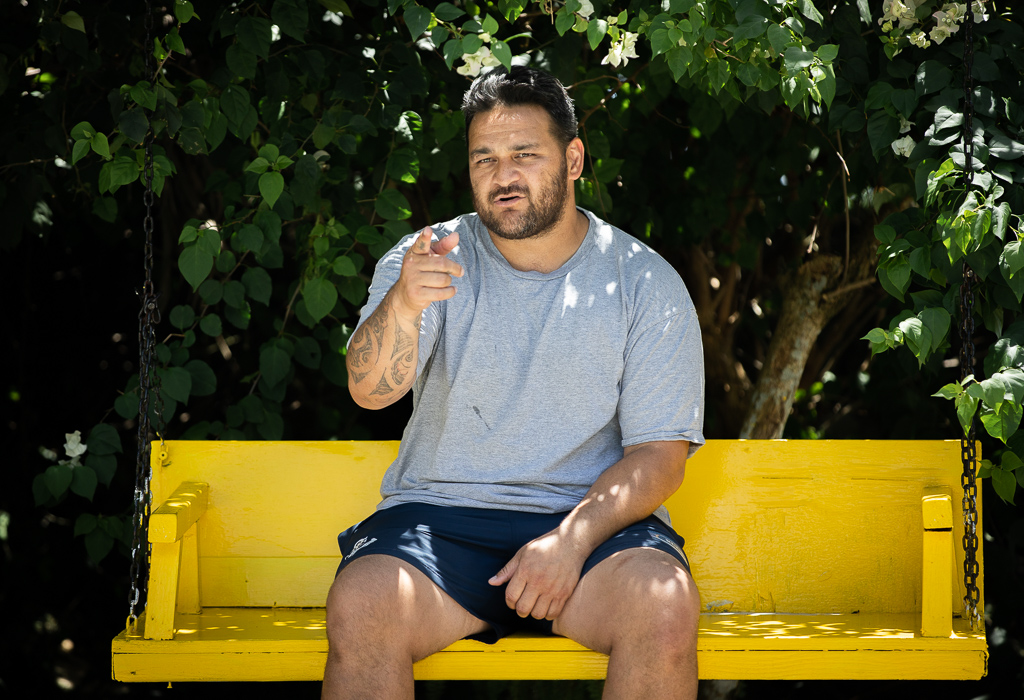 But he notes that the change in his relationship to the media is stark.

“I’m used to [having] three targeted answers that I want to get across when it comes to media and I just push those even though you might be asking me the same question, I’ll just keep going back to the same answer," he said.

“I’m just lucky that it’s a passion of mine.”

He is a passionate diver and fisher and a newcomer to hunting, he said.

The team has filmed their Samoan episodes with Leota Lene Leota and his Siva Afi crew, between Manono and Apolima and even made time to play some rugby with Mahonri ‘Mo’ Schwalger and the Rugby Academy Samoa.

In between filming, Weepu has tried to catch World Cup matches and said he is keeping an eye on the Pacific Islands and New Zealand.

“Uruguay is outside the top ten, they were fortunate enough to beat the Fijians and that is a tough one for the Fijian team as a lot of people would have thought they might have been the top Pacific team to go through and make the playoffs.

He said Japan’s Brave Blossoms have been improving steadily over the years and he hopes they do well on home soil.

Weepu has not watched the Manu Samoa play yet but is up to speed on the loss of three players to citations and injury.

Hooker Motu Matu’u and centre Rey Lee-Lo were cited and then suspended for dangerous tackles in their first game against Russia on Tuesday, while Afaesetiti Amosa was ruled out of the tournament due to injury.

“Sometimes when people make silly errors like that, when they give away a penalty and get a yellow card it’s due to the fact that the team is under the pump or they might be tired and it’s like a last resort to throw an arm out or try and hide somewhere,” Weepu said.

“I am hoping those boys do really well in the rest of the tournament."

That loss of players is a situation the 72-time All Black knows well. In 2011, when New Zealand lost playmaker Dan Carter to a groin injury, their chances of taking the title for the first time since 1987 were threatened.

But Weepu came in to replace him as goal kicker and landed seven penalties against Argentina in the quarterfinal, going on to be named Man of the Match and taking the All Blacks through to the final against France.

Manu Samoa are bringing in openside flanker Alamanda Motuga to replace the injured Amosa; Weepu can imagine how he is feeling.

“I would have played anywhere in the field just to be on the field to be honest,” he said.

“I think that is like most players in the squad.

“The probably couldn’t say yes to a prop going on the wing but I can guarantee they would love to go on the field just to be out there with their teammates.”

He also knows a thing or two about kicking goals under pressure. Manu Samoa’s Tusi Pisi missed the conversion hoping to score Samoa’s first try against Russia on Tuesday.

But when asked if he had any advice for the team, he said he is one to not over practice those high pressure moments.

“I’m a bit different. I used to practice on game day,” he said. He had a good coach, who helped him make even the slightest of changes to his kick.

“He taught me the mechanics of goal kicking really.

“If I pulled it to the left or hit it to the right I wasn’t doing something that I normally do. I figured that out so that I didn’t have to practice.”

He said a lot of the challenge is mental, which can come from practising too much and overthinking the pressure.

“If I kick and miss, shit happens really. You’ve got to get on with the game. If you miss it you have got to try and figure out how to get back in the game and refocus on getting the team back into the right position on the field so you can get another opportunity to do it," he said.

The University of the South Pacific (U.S.P) Samoa Campus may experience a decline in regional students due to the impact of the COVID-19 pandemic.