The Peoples’ Republic of China (P.R.C) had a grand celebration of its’ 70th anniversary foundation last night at Sheraton Hotel in Apia. (Photo: Misiona Simo)

The Government has acknowledged the contribution of China to the country’s long-term development including the success of hosting the 2019 XVI Pacific Games during China's 70th anniversary celebrations.

Deputy Prime Minister, Fiame Naomi Mataafa, made the acknowledgement at the Sheraton Samoa Hotel in Apia on Friday night when she joined Chinese Ambassador Chao Xiaoliang, Government leaders and members of the diplomatic community to celebrate the People’s Republic of China’s 70th anniversary. 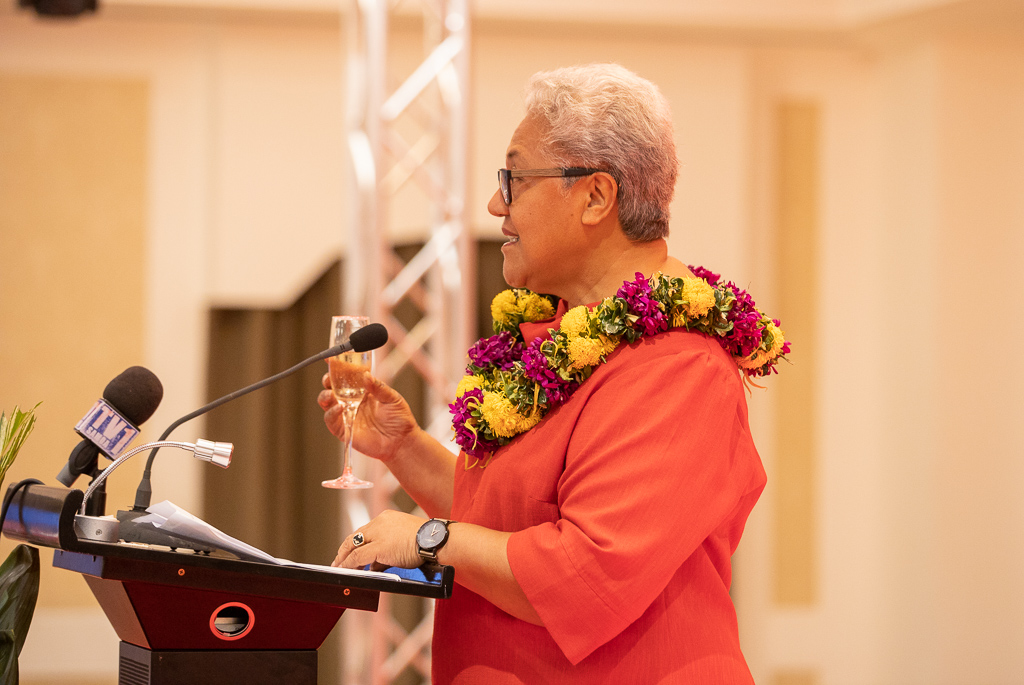 Mr. Xiaoliang, in his official address to the invited guests, said the last 70 years were characterised by the rise of the Chinese nation under the leadership of the Communist Party of China.

“The past 70 years have witnessed the spectacular rise of the Chinese nation under the firm leadership of the Communist Party of China, the Chinese people have united as one and achieved historic feats,” he said.

The Deputy P.M. said the Samoa Government acknowledged the Ambassador’s commitment to further grow Samoa-China relations and the country wished the people and nation of China every success.

“Your excellency, we acknowledge your commitment aim furthering this relationship as well as your office in taking matters of our bilateral relationship,” she said.

“We commend China some serious efforts towards the government of its’ people and partners. For that, the celebration of every year of the anniversary of the founding of the PRC is a significant event. We wish the PRC every success in the future.”

Mr. Xiaoliang then gave a rundown on the growth of the Chinese economy which includes GDP increasing by more than 450 times, from US$30 billion in the early years of ‘new’ China to more than US$13.6 trillion in 2018. Consequently, China now has the worlds’ second largest economy.

The Gross National Income of China has also increased by 135 times, from US$70 to US$9470 in 2018, added the Ambassador, which made his country the world’s top manufacturer for over 200 products to become a large industrial country. And with the

Total trades of goods increased by 224 times, from US$20 billion to US$4.62 trillion, China is now the largest trader in goods and the second largest destination of inflows of foreign investment.

“China will not stop its’ effort to pursue higher-quality opening-up,” Mr. Xiaoliang said.

It is said the 2019 XVI Pacific Games would not have been successful without China’s involvement, which Fiame made reference to in her speech.

She said China’s construction of the Multi-sports Complex, the renovation of the Apia Park Stadium, Aquatic Center and the training of Samoan athletes and chefs in China and in-country were critical elements of the Games infrastructure and personnel, and contributed to its overall success. 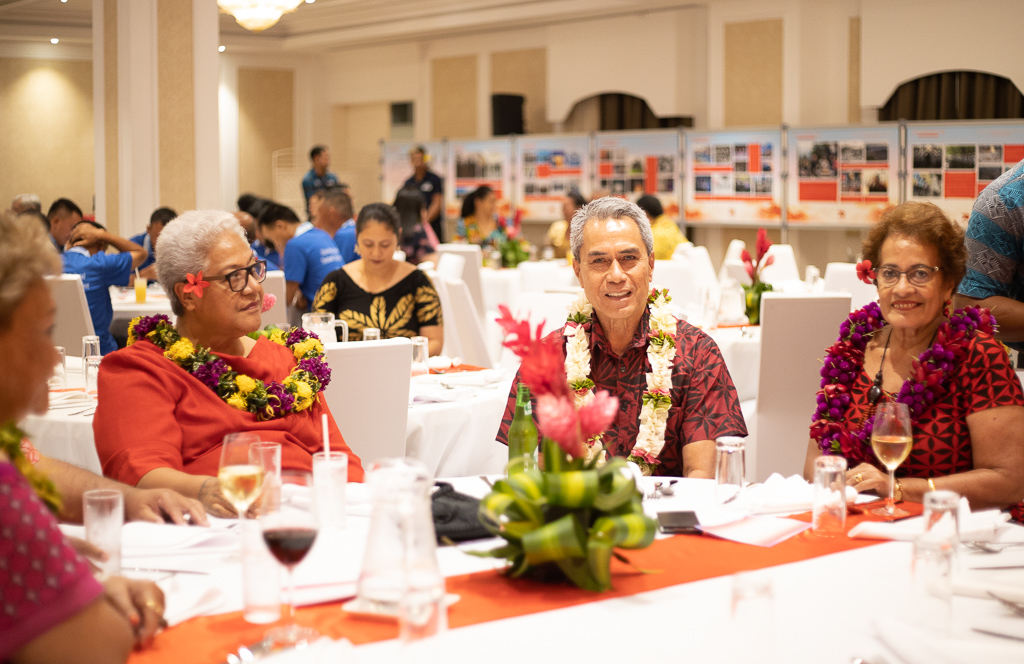 The Chinese government’s Belt and Road Initiative was also highlighted with Mr. Xiaoliang saying it has the potential of fostering global connectivity.

“We made huge progress in reducing greenhouse gas emissions with CO2 emission per unit of GDP in 2018 being 45.8 percent lower than that in 2005,” he said.

The celebration of 44 years – since the establishment of diplomatic relations between the two countries – continues to go from strength to strength with 23 Samoans awarded Chinese government scholarship and China-Pacific Island Scholarships to study in China. This year over 110 Samoans with diverse backgrounds will receive training in China on trade and investment, sports, health, information technology, public management and catering.

The Deputy P.M. said Samoa has also had the pleasure of hosting the launch of the China Pacific Tourism Year.

“A thought light moment discussed by our two leaders to showcase Samoa in the Pacific to the thriving Chinese out fund tourism market. Next month, Samoa will have the privilege to host the third China-Pacific Hydro Forum, an opportunity to bring together leaders from across the Pacific to engage for economic government and cooperation as well as the China Pacific business cooperation,” she said.

“There have been many achievements over the cause of our bilateral relations built on strategic partnerships and trade, investment and tourism between our two countries.

“The cultural exchanges, trading opportunities and academic studies in the Chinese Universities for the Samoan students have continued to increase and with the recent farewell, opportunity tree of our nationals embarking for tertiary studies in China, it brings the number of Samoan scholarship students in China to dwell over a hundred.”

The Samoan public and private sectors will also continue to benefit from the various training courses and seminars on offer in China.

“Our public service and private sectors also continues to benefit from training courses and seminars offered in China in various technical and specialized fields which have greatly contributed to our human resource capacity environment,” she said.