In Lalomanu, rising seas threaten to reclaim what was rebuilt

Lydia Toomalati on the remnants of the seawall beneath the ten year old resort. (Photo: Sapeer Mayron)
Climate Change

Ten years to the day a tsunami washed away lives, livelihoods and more, Lydia Toomalatai’s guests are the ones keeping her on the coast.

On September 29 2009, just before 7am, an earthquake struck, triggering a massive tsunami that affected Samoa and its neighbours American Samoa and Tonga.

In Lalomanu, where Ms. To'omalatai runs Litia Sini’s Beach Resort with her husband Joseph, around 60 people lost their lives. Many of the victims were children or the elderly.

Ms. Toomalatai’s mother-in-law, uncle and several cousins were among the victims. The resort, built by her parents Taula and Litia in 1993, was entirely destroyed.

“I wanted to pack up and go back up to Australia where I came from,” the manager said.

“I didn’t want to rebuild.” 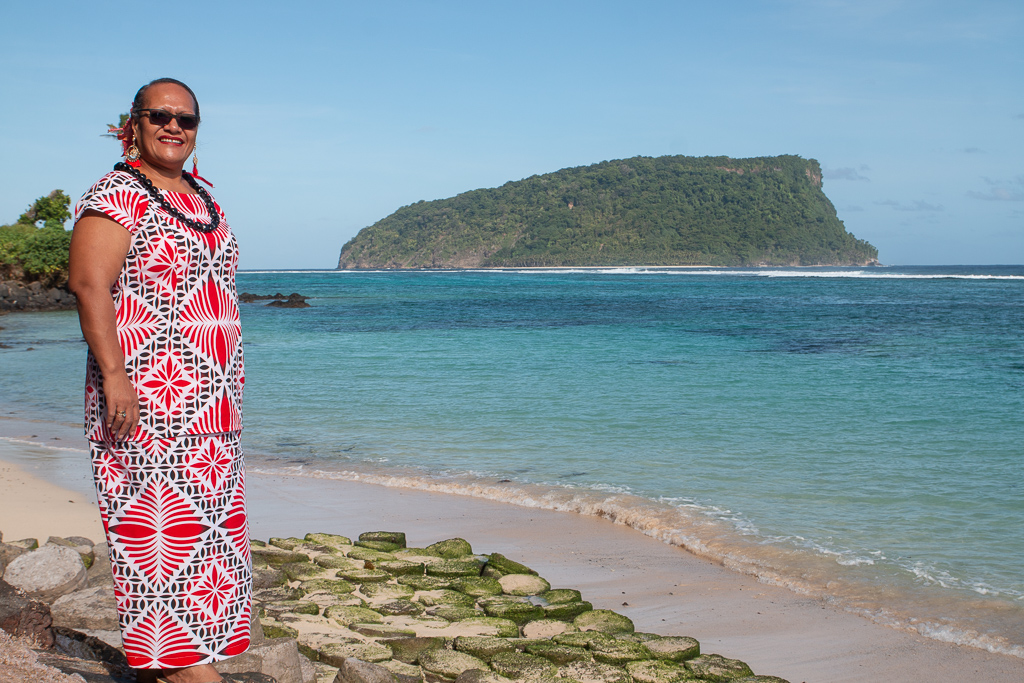 After the tsunami, she couldn’t leave her home if it was dark for six months. She said she didn’t talk about the tragedy for a whole year.

Her parents, siblings and guests who had fallen in love with the resort over the years convinced her to rebuild. She says if it weren’t for them, there would be no Litia Sini’s resort today.

Those same guests and supporters also contributed financially, and since then many return every year to commemorate the tsunami together. Some of them are of the 56 guests who survived that morning.

“We had no loss of life; they all survived,” Ms. Toomalatai said. “So I truly believe this place is blessed.

"We have had so much support from then till now. You need to have that, and to stay positive.

"I didn’t have that support behind me there is no way my husband and I could have rebuilt this to what it is now."

Today, the resort is thriving. But just eight years after the tsunami, nature began taking its toll against them again.

A marked rise in the sea level and extreme king tides have thrashed the protective seawall under the resort restaurant two years in a row.

In April 2018, the seawall gave way to the waves and, with some outside support, the family rebuilt it. Exactly twelve months later, the king tides took the new one too, causing damage to the stairways down to the beach as well.

They have bolstered the broken seawall with concrete blocks: a temporary, expensive solution to a problem she has no control over.

“Sometimes I feel like giving up and not running a beach fale operation anymore,” Ms. Toomalatai said.

“For me personally, it is kind of taking me back a bit to what happened ten years ago.”

She said she finds battling against the elements exhausting. A geologist looked at the situation in May, and they recommended floating breakwaters. Now she faces the challenge of finding funding for what will be a costly exercise.

The beach may also need groynes, or low barriers built out into the sea to limit the beach being washed away further.

“You know, at times I feel like oh my God, I can’t do this, I am so tired,” Ms. Toomalatai admitted.

“Seven days a week, 12 hour days… but the lovely people, the mixture of cultures that we have, that is what keeps me going.

“Honestly, it is not easy work. But we have come a long way and I love what I do.” 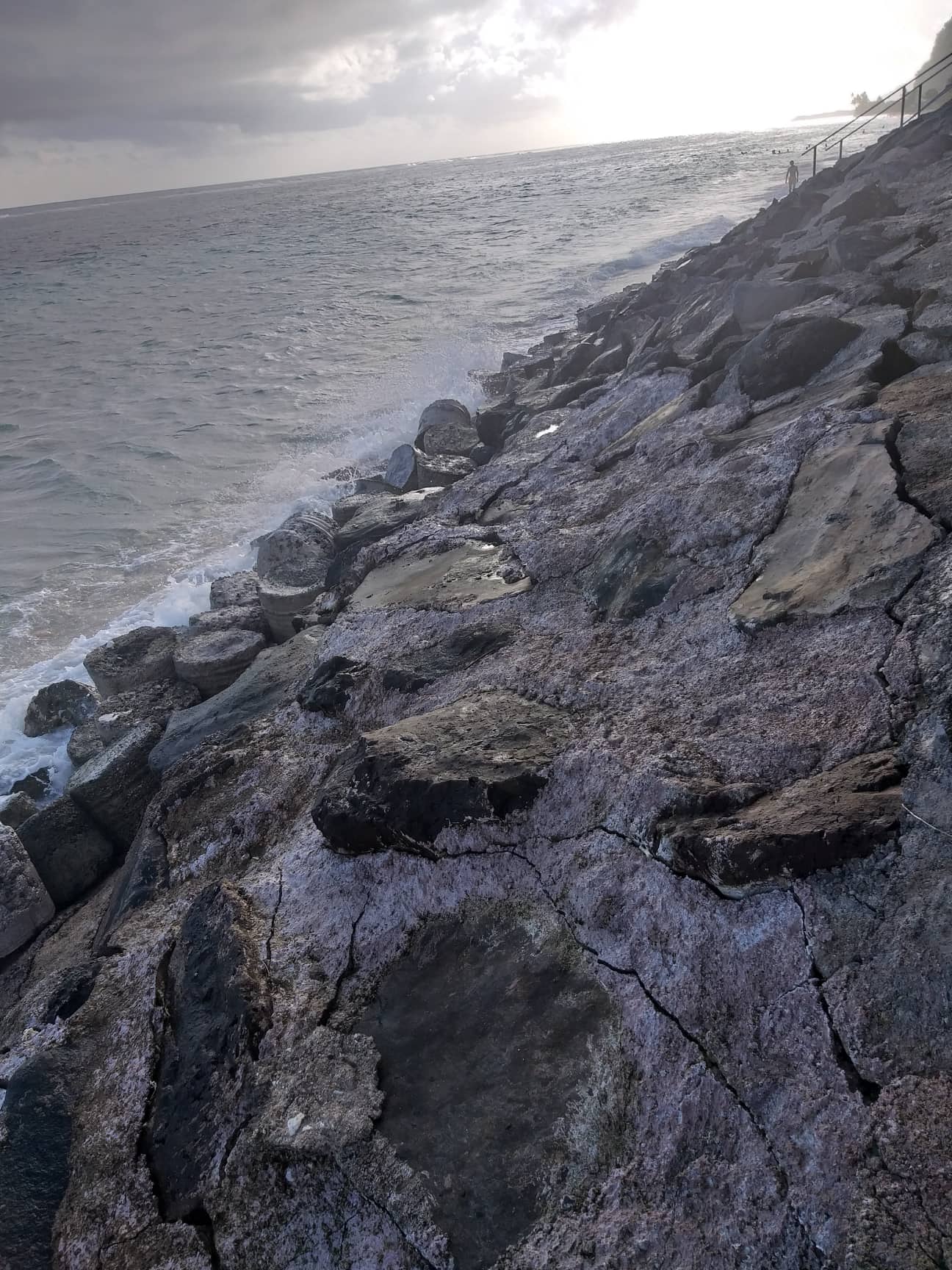 And the resort’s presence on the coast, alongside other establishments that rebuilt after the tsunami may be helping the community grow from the event, showing strength and resilience.

Ms. Toomalatai said over the years, thoughts of giving up have come and gone, especially in the last 18 months. But she won’t leave her parent’s legacy behind, especially now that they have both passed away.

“This is the heart of my parents,” she said. “They started from basically nothing to help us, their children.

“It would take another tsunami, though I hope it doesn’t happen again, for me to say to say that’s it, I’m going.”

The day of the tragedy, Ms. Toomalatai was still at home, further away from the coast.

Though she felt the quake, she never saw the wave come crashing down, and could barely believe the destruction when she saw it for herself.

“I’m like huh, what tsunami? What are you talking about? You have heard about it, or you have had training but you never imagine it to happen to you, in your life, to happen here to us.”

She counts herself lucky not to have seen the waves come down, destroying everything they touched.

On the tenth anniversary of the tsunami, Ms. Toomalatai will be looking for the strength to be cheerful. She said she wants to remember the joyful times with the people she lost, not the tsunami that took them.

“The majority of us are still here and that is how I would like to remember the anniversary. It’s a day of thanksgiving to me really,” said Ms. Toomalati.

“To this day, we are missing the ones we lost, people dear to us, to our families, wondering what it would be like if they were still with us.

“I would like for my family and I to celebrate in a happy way, I want to remember the happy times, not the actual sadness… though I know that is going to be hard.” 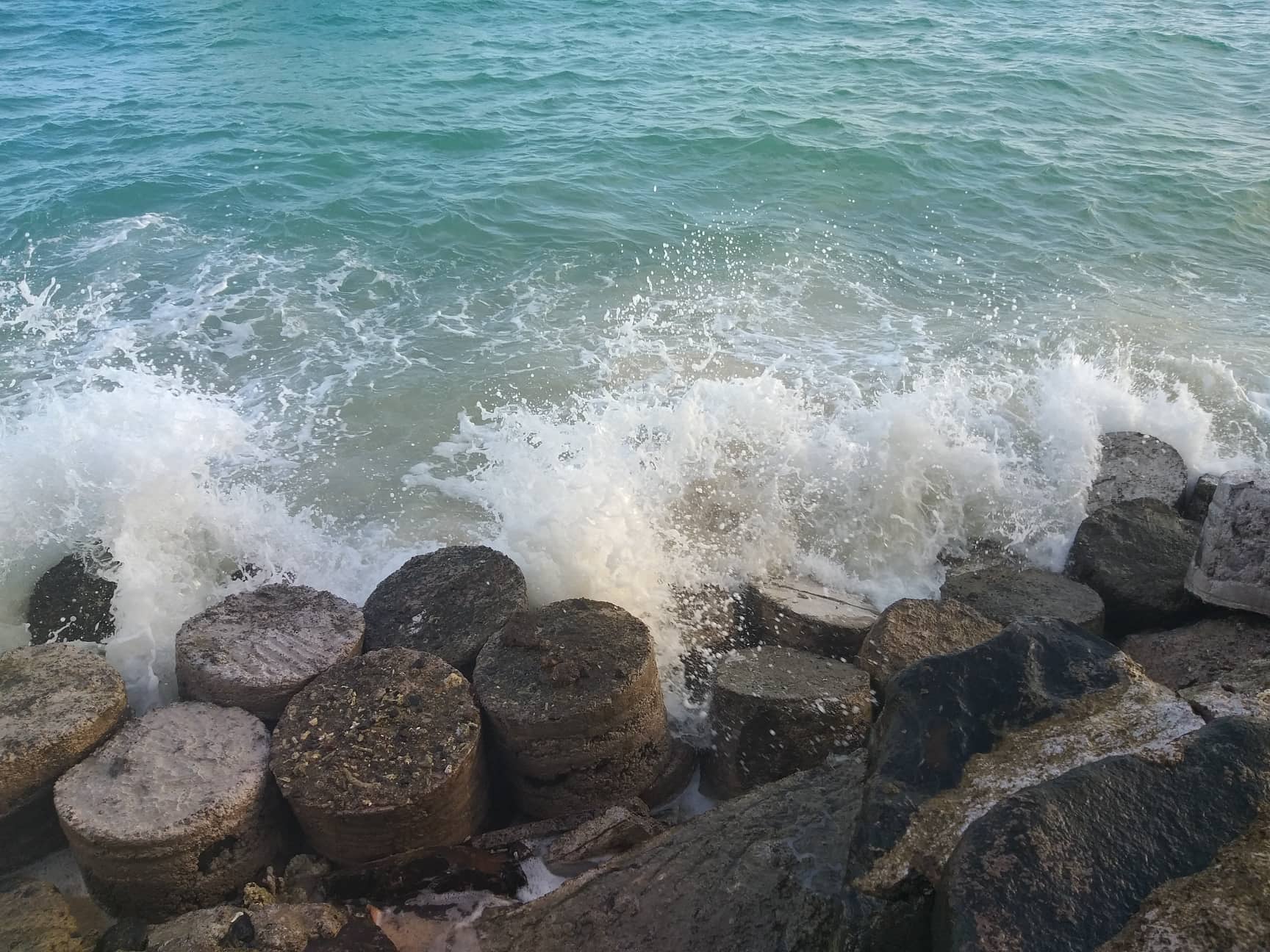