The view of Saleapaga coast from the hinterlands where many villagers relocated to. (Photo: Vaitogi Asuisui Matafeo)
Climate Change

Rebuilding in the wake of the 2009 tsunami was not easy.

For some who moved up the mountain to escape the suddenly frightening seas, it meant an entirely new way of life.

Ten years ago, a regular Tuesday morning was shattered when an 8.1 magnitude earthquake occurred just 190 kilometres from the south coast of Samoa. It caused a tsunami that tore across the region, and claimed nearly 200 lives.

In the immediate aftermath, survivors left their shattered coastal homes and relocated, many to customary lands in the hinterlands. They rebuilt homes from scratch, and had to relearn daily life in a new environment.

Soon after the tsunami, His Highness Tui Atua Tupua Tamasese Efi addressed a Pasifika Families’ conference in New Zealand, and in his speech addressed the newfound fear of the ocean.

“For indigenous Samoans the sea is kin,” he said.

“For those who lived near the sea before the tsunami, the sea was their friend, their provider; it was family.

“The trauma of the tsunami was not only felt in terms of the devastation impacted by a life-threatening force, but also in terms of the pain of being rejected and chastised by kin.”

“I feel that moving up here was the best choice,” he said. Not long before the tsunami, an elder in the village had suggested to move inland, because there could come a time the sea could be a danger.

“When the tsunami happened, I remembered that old man’s words,” Sagapolutele said.

“The village’s blessing is moving uphill, despite having lost so many lives to the tragedy.

“Up here is where God’s blessings are in store for the village, we are blessed after moving here.” 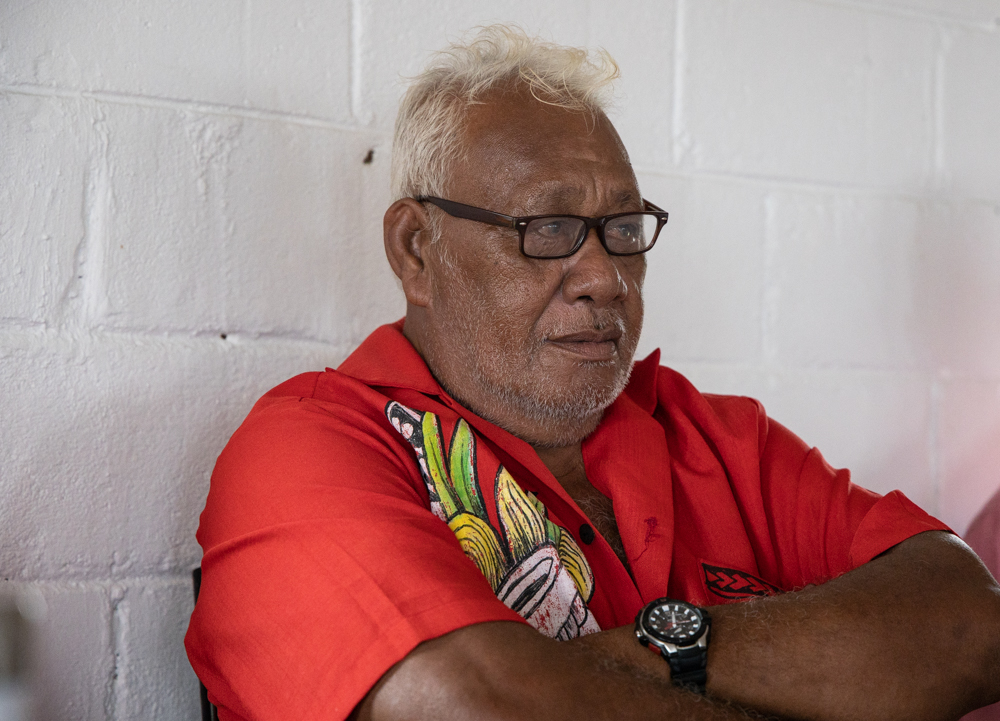 But for Puletinatoa Povalu, getting used to life above sea level has been a challenge.

“When we lived near the sea, we were able to do so many tasks. I we wanted some fish, we were near the fish,” he reflected.

“When we were near the sea, the village council’s role was secured but now it does not feel that way anymore.

“In those times it was so easy to see your neighbours and chat but now that is so hard.”

With help, their livestock and plantations were built up to sustain the village, and provide decent work for many. There was a lot of international and local support, Puletinatoa said, and it has prevented greater struggle.

“Those actions demonstrated the love of our government,” he said. Now he lives in a regular concrete home, a far cry from the tarpaulin his family lived under after the tsunami struck.

Talatoa Joe Lam Sam, who survived the tsunami despite his disability of having one leg, said life on the sea was better.

The water supply was abundant, the sea a source of food. Houses were close together and there was always a fresh sea breeze, he said.

“Here there is no full access of water all the time.

“In terms of fishing, before it was only walking distance but now we have to look for transport so that we can go to the sea.”

There are also more mosquitos inland compared to the coast, he said.

But the community is making do. More families have cars today and share their resources so that more people can go fishing, and more families have water tanks thanks to outside aid and the like.

Another villager, Mulipapa Konelio said since the move uphill, more churches have opened, where before the tsunami there were just two.

That has helped the village accept more practices and churches, he said. 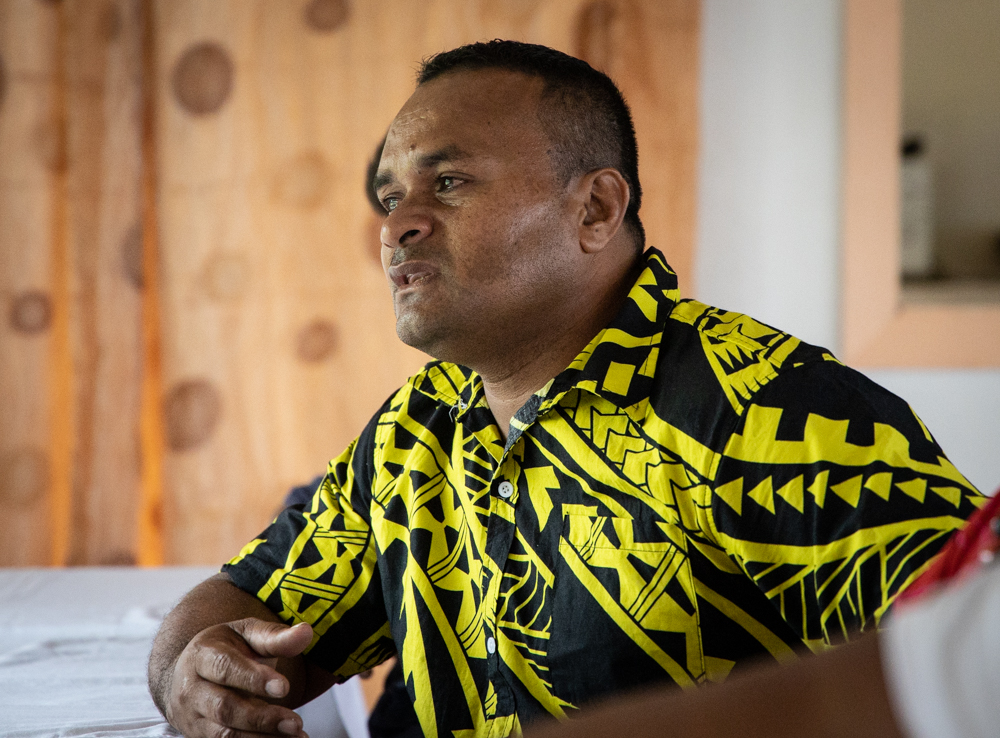 Through tears, Mr. Konelio said he fears he is forgetting life before the tsunami.

“Where we once lived was a paradise, so beautiful. We grew up and lived there but since this has happened and we have moved up, we have slowly forgotten how life was near the sea.”

He survived the tsunami by clinging tightly to a breadfruit tree as the wave thrashed around him, having leapt out of the car he was in to avoid being killed inside it.

When the wave subsided, Mr. Konelio said he was convinced there were no other survivors.

“It took two hours for the water to recede and quiet, so that we could hear voices and see who was alive” he said.

“Thank God there were so many that survived.”

Saleapaga lost 30 people to the tsunami. Many are buried in the new village at the top of the hill.

They were able to relocate quickly because families had customary land. Sagapolutele Talosaga said the Government stepped in quickly to fill in the rest: homes, roads and power.

Within a year, homes had been built and life could begin to find a new normal, residents said.

They have tried to learn the lessons of the tsunami, especially what do if an earthquake hits.

Talatoa said he felt nobody knew a tsunami would follow the shaking.

“When the wave hit the seawall, I felt death.” 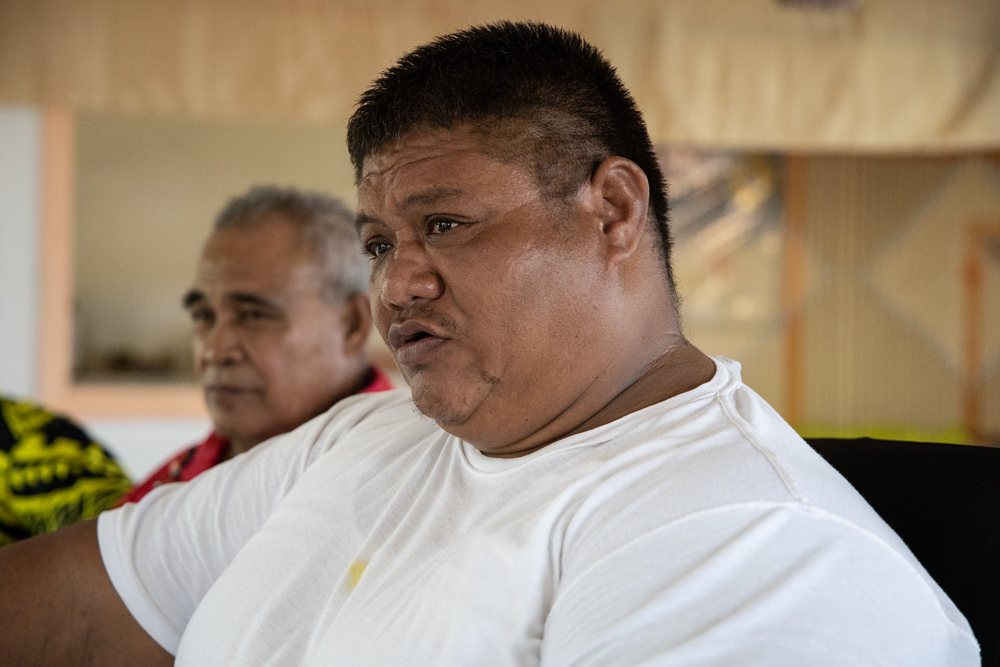 Like many others, Puletinatoa stood on the road and watched the water disappear from the shoreline, racing back before it returned as a 14 metre high wave.

By the time they saw the wave gather and rush back, it was too late to run away. Many people died this way.

“I thank God that I was saved because I could have perished as well. I blame the lack of knowledge on how to react to natural disasters.”

Today, everyone on the coast knows that an earthquake means run to higher ground as quickly as possible.

Ten years ago, though emergency drills were occurring in vulnerable villages, people like Puletinatoa feel they still weren’t told what to do.

“I believe if there were any awareness, by the time the tsunami struck, I would have known what to do,” he said.

“There was no awareness or educational programmes done to inform us of how to act during natural disasters.” Instead, they watched and marvelled at the receding seas, unaware of what would come next.