“There are two things that hinder us big time, and that is shame and guilt," pscyhologist Dr. Alefaio-Tugia said. (Photo: Misiona Simo)
Climate Change
Health

The state of a nation prior to a disaster will determine how well they recover from one, says a psychologist who was a first responder to the 2009 tsunami.

Dr. Siautu Alefaio-Tugia, who was part of a New Zealand Ministry of Health team that was deployed to Samoa when the tsunami struck a decade ago, used the country's domestic violence rates to amplify her point in an interview with the Samoa Observer.

"I understand Samoa's domestic violence rates are still high and that is really of a concern to me,” she said.

“Basically, the state of a nation prior to a disaster will determine how well they will recover.

“If we have really bad domestic violence rates now, post disaster they will be ten times worse because it (disaster) will increase the vulnerability levels, because there is instability now.”

Dr. Alefaio-Tugia, who is based in the Massey University School of Psychology in Auckland, is in Samoa to help deliver a two day conference on mental health after disaster.

The conference, titled Regrowth: Post-disaster healing is hosted by Massey University’s School of Psychology and its alumni in Soul Talk Samoa.

It has gathered religious and cultural leaders from the villages affected by the tsunami as well as psychological and psychiatric experts to hash out the next steps for Samoa’s mental health care.

Dr. Alefaio-Tugia said mental health issues stemming from disaster will often take years to resolve. And while they remain unresolved, alcohol and drug abuse, and violence can grow instead.

“That is why we came here really, to do this, because ten years on I am not too sure how far we have really gotten in terms of dealing with our own emotional traumas every day.” 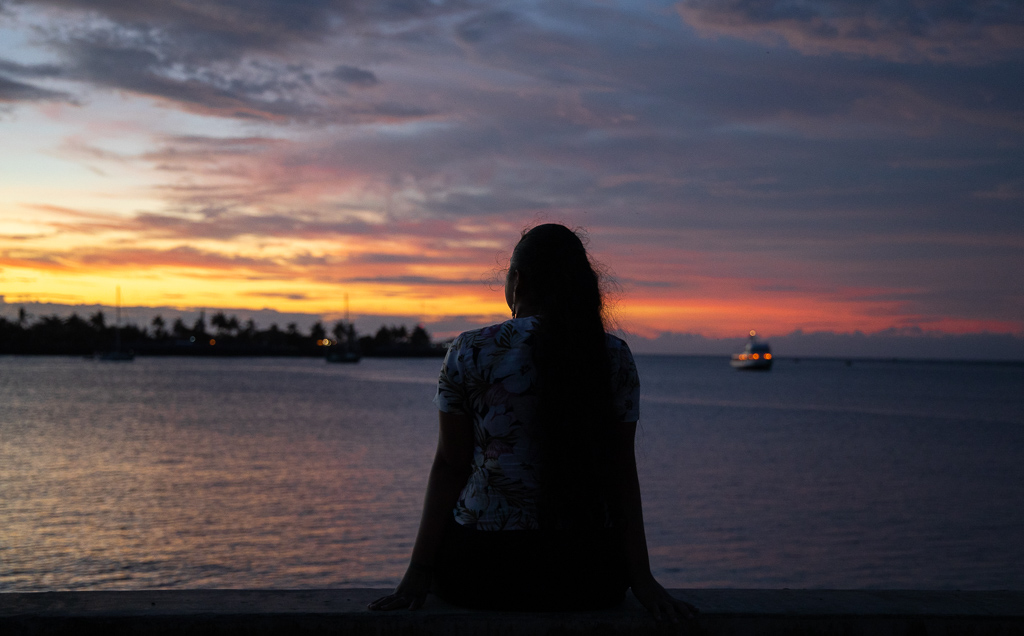 Deputy Prime Minister Fiame Naomi Mata’afa gave the keynote address, where she shared even she was reticent to speak about such a traumatic event.

“It awoke the feelings and the emotions of that day the tsunami hit,” she said.

“But nevertheless, I think the intention and the objective of the conference is a worthy one and that we use the commemoration of the tsunami, and as a society begin to look at how we overcome these challenges that we experience in our lives.”

“For me, church is the key here, because that is where everybody is.

“But the challenge is how do we impact their training?”

She said if religious workers or students will be the first responders of a disaster, they could have disaster risk management, counselling 101 or psychological first aid incorporated into their curriculum.

And with climate change making the risk of natural disasters more frequent and more intense, those first responders will need to be prepared well in advance.

“We are never going to have enough psychologist and counsellors to go around the region,” Dr. Alefaio said.

“If we bring in some of the things we know are working well and training the people who potentially could be first responders, why would we need psychologists and counsellors to come, right, we have got them here.”

Above all, Dr. Alefaio believes in a coordinated effort, across the issues of domestic violence, pastoral care and counselling.

She said there are many efforts in Samoa, from the churches, non-government organisations and private donors working goodwill projects, but from the outside looking in, there needs to be more coordination.

“From a child of the diaspora who is coming back and doing work here, coordination is the key.

There are deep issues Samoa needs to face before some of the pain from not only the tsunami but domestic violence can be relieved.

After 12 years of working in prisons in New Zealand with Pasifika inmates, Dr. Alefaio said people can be their own worst enemies.

“Although Samoa, we are supposedly this country that is filled with the essence of hospitality and being kind, fa’aloalo, we can be our own worst enemy.

“There are two things that hinder us big time, and that is shame and guilt.

“We have the potential then to come together and change things for good.”

The conference is organised by a Massey Pacific research collective called New Indigenous Unity of Pacific Humanitarians. The organise Talanoa Humans United Beyond Borders Symposiums, a series of conferences on emergency and disaster recovery, around the Pacific and New Zealand.

Next year they plan to run a series of workshops in partnership with local leaders from around the Pacific on solutions to domestic violence, including awareness and training of trauma counselling and education, and the role of church leaders in the prevention and intervention of domestic violence and sexual abuse.