Deputy Prime Minister says we must learn the signs of trauma

A decade after the devastating tsunami that killed 143 people and injured several thousand the Deputy Prime Minister, Fiame Naomi Mata’afa, wants people to learn to recognise the signs and symptoms of trauma in their loved ones.

Speaking on the sidelines of a Pasifika mental health conference, Fiame said Samoa needs to learn the signs of trauma and when to go to people’s aid.

“What are the signs that things are not right, whether it’s in families or in communities?” she asked.

“Do we know the signs that someone needs help?’

She said a certain degree of Samoan ‘staunchness’ can help, but it also may hinder asking for help when it is needed, or revealing vulnerabilities to others.

Fiame said in many other parts of the world people have become adept at asking for help, or recognising signs of depression or trauma in their family or friends. They are more open about their feelings, and often seek professional care.

Samoa having closer family relationships may be a boon other countries don’t have, she suggested.

“The communal way of life helps, that is, if people are aware,” she said.

When it comes to other social problems like domestic violence or child abuse, people in Samoa are becoming more literate in the signs that something is not right, such as people’s emotional or physical state. This needs to happen for trauma too, Fiame believes.

In her own village of Lotofaga, damage was severe but not devastating. Being further along from the face of the wave helped, and there was no loss of life.

“There was quick access for people on that coastal area, mostly in Vavau and Matatufu,” she said.

Her own house was flooded, but from the wave as it receded back into the sea. The wave itself flooded into the waterways on either side of her home.

And, in their own way, people have grieved and moved on from the tsunami. In the acts of rebuilding homes or replanting crops, healing happens.

“I think as in most things in life, when you do whatever you are doing you are essentially addressing that problem,” Fiame said.

“But I think the core thing about this is you accept.”

Investing in more mental health services and education is one way the Government is using the tragedy to improve life for Samoans.

With climate change making the threat of extreme natural disasters all the more likely, and with few early warning systems that can help in the event of what happened in 2009, attending to the recovery ability is key.

“The only alert was the earthquake, there wasn’t time for the sirens and things.

“It was eight minutes between the earthquake and the first wave.”

Until today, Government has not figured out how to marry the practical side of disaster response with the psychological, said Fiame. But attending conferences like the one hosted by Massey University and Soul Talk Samoa this week represents progress.

Regrowth: Post-disaster healing is a two day conference, both honouring the tenth anniversary of the tsunami and looking deeply into recovery and the impact of mental health in the community. 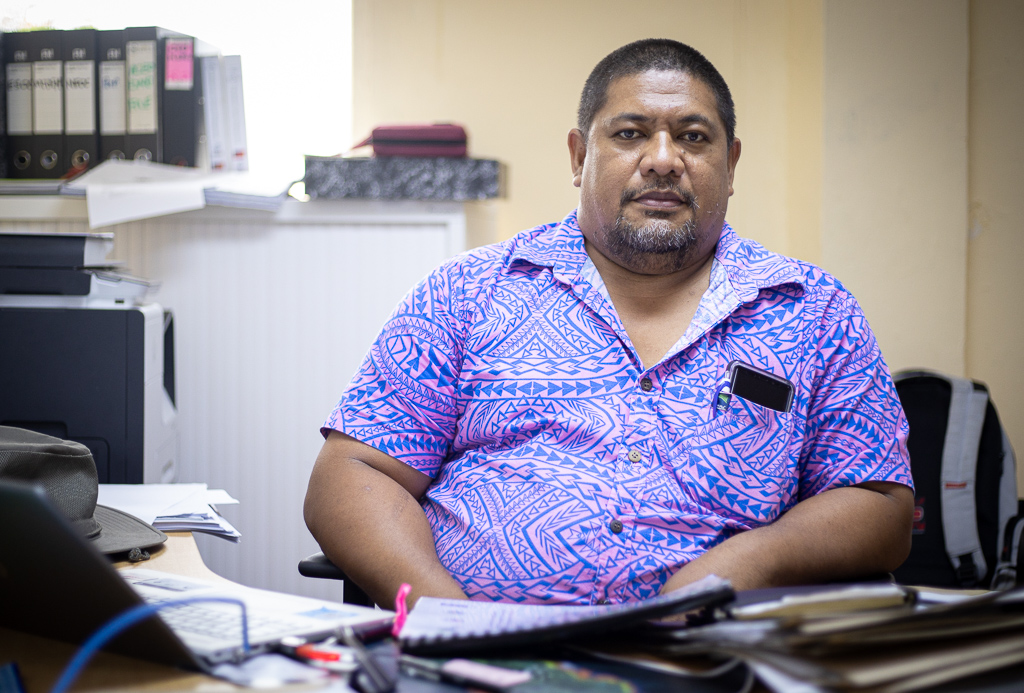 The Ministry of Natural Resources and Environment runs the Disaster Management Office.

Its head, Assistant Chief Executive Officer Amituani Lameko Asora, said there are better systems in place to get people to safety should another disaster happen.

“We have ongoing disaster preparedness campaigns using the media and simulation exercises in villages,” he said.

The biggest challenge to the disaster response in 2009 was communication, Amituani said.

The infrastructure was not capable of dealing with the massive influx of calls and text messages, and communication lines broke down.

“Our GSM (Global System for Mobile communications) networks were fairly new and weren’t prepared for the number of people going on to the network all at once, which slowed the communications when sending texts and trying to get through to families in the affected area.

“As a result, the government put in place an emergency radio and siren network for our first responders and other government ministries and agencies to communicate much more efficiently.”

But there were successes, too: the amount of international and local aid that was distributed is one that stands out for him.

“This was our first tsunami since climate change and disaster risk management became part of our everyday lives,”Amituanai said.

“Disaster management today isn’t just about the disaster management office, it’s about our first responders, non-government organisations, government ministries and agencies, our developing partners and the participation of our communities, all coming together at a cohesive and coordinated manner to ensure we are prepared, able to respond and recover as quickly as possible from a natural disaster.”

Soon after the tsunami, Samoa’s disaster response was tested in 2012 when Tropical Cyclone Evan descended on Upolu. This had major consequences for the country, especially regarding the rebuilding, said Amituanai.

“We were fortunate T.C. Evan was concentrated in the middle of Upolu,” he said.

“There was some tsunami hangover in terms of rebuilding… rebuilding is never easy for both government and families, especially when lives are lost.

“That is why one of the main focuses of government is to reduce risks from these impacts, and at the same time build resilience of our communities.”

This means enforcing building codes, promoting farming and even seasonal work to be able to afford to build back stronger.

“You are now able to lease land o get funds to support families,” Amituanai added.

“We don’t have minerals and oil like other countries, but we have been bestowed by God with natural resources, the land, water and oceans, and our people, and so it is a communal effort to use what we have with the support of our developing partners to counter the impacts of climate change and natural disasters.”