A group of 10 Samoan early start-up entrepreneurs are vying for a spot to represent Samoa in the largest early-stage startup competition for emerging markets and fast-growing start-up scenes.

Their number will then be trimmed with eight chosen to pitch their start-up idea. Out of that the top three will be chosen and will get support from the group, while the one that finishes on top gets to travel to a two-day regional summit in Cambodia in November, and attend a week-long global summit in Switzerland.

This will be the first time for Pacific Island countries to participate in this global event.

Seedstars Regional Manager (Asia-Pacific), Rosie Keller, said they have been in the Pacific past few months and they are impressed with the number of female participants.

The start-ups invited to the training session and to pitch at the Seedstars event must have raised less than US$500,000 in funding and built a minimum viable product, ideally with existing traction; they are also searching for one additional criterion: potential for regional and global scalability.

"So we’ve been to Fiji and Port Moresby already the last two months and I think what stands out for me are the young entrepreneurs in the Pacific and we’re still getting to know the participants here. But what stands out so far is that is it refreshing to see there’s a lot of women founders," she said.

"Also in P.N.G. there were a lot of women founders which is higher percentage than elsewhere in the region, so that’s really cool."

Seedstars aims to seek out fine startups for potential investments and build a pipeline of startups around the world, focusing on capacity building and sharing expertise to nurture startups in emerging markets all around the world.

"The big soft spot is going into the very early eco-systems where there isn’t so much support yet," said Keller.

"Because in Singapore [and others] there’s all kinds of support from government programmes, there all kinds of trainings and all kinds of funding, but we’re trying to go to more places where there’s not that kind of support yet."

The two-day boot camp session held at Sheraton Hotel in Apia consists of startups in the areas of fashion, health text, technology, mental health and others. 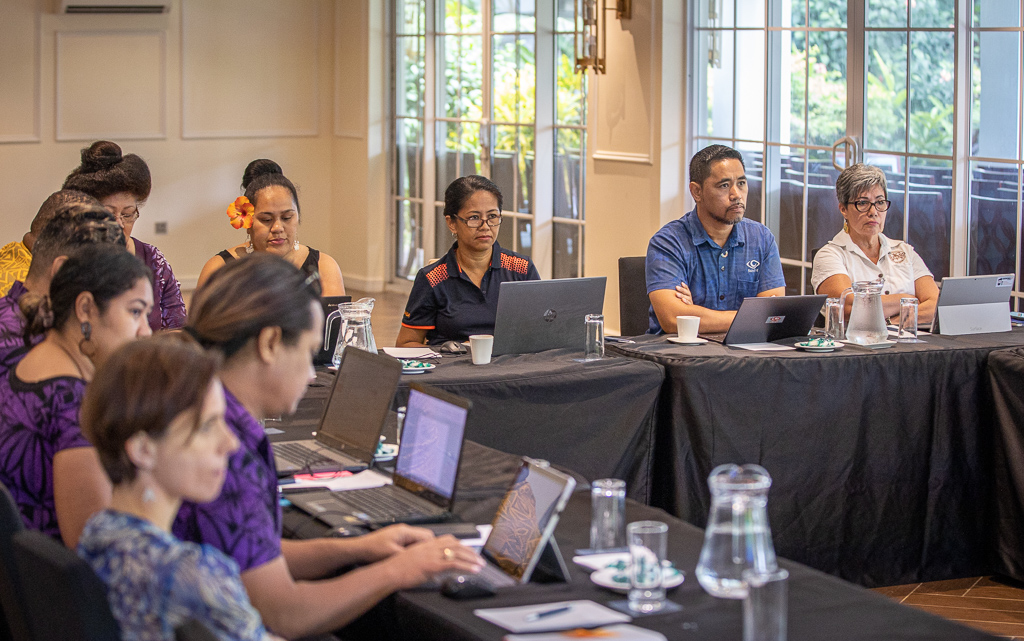 The group have been looking at the Pacific for a while trying to find an entry point until the Association of Global Mobile Operators (GSMA) reached out to partner with them and the Australian Department of Foreign Affairs and Trade.

"So we’ve been looking at the Pacific for a few years now trying to see how we could come and then this year finally, and last year around this time GSMA reached out and we’ve been working with DFAT, so the Australian Aid and they wanted to run the programme," she said.

"Basically to bring us and the regional mentors that will be here tomorrow to work with the startups and also bring the startups from the Pacific to the regional summit and Switzerland for the global and regional events we have to kind of get that exchange and the kind of spotlight in the Pacific as well."

GSMA represents the interests of mobile operators worldwide, uniting more than 750 operators with over 350 companies in the broader mobile ecosystem, including handset and device makers, software companies, equipment providers and internet companies, as well as organisations in adjacent industry sectors.