International Kava and Nonu standards have been drafted and could be finalised in two years, marking a major milestone for their industries in the Pacific.

The standards are at Codex Alimentarius level, meaning they are internationally recognised as safe food products.

Samoa and Tonga will lead the region in the next two years on noni juice data collection to test safe levels of scopoletin in noni juice, while Vanuatu is leading on detailing the testing methodology for safe kava.

It is an achievement nearly 15 years in the making, Samoa Association of Manufacturers and Exporters President Tagaloa Eddie Wilson said, and one that has not come without its challenges.

Kava suffered a massive blow in 2001 when Germany imposed a ban on its trade, after some exported kava was found to be toxic. So in 2003, Tagaloa and other partners decided to begin the process of forming international standards for the product, and included noni juice in that too.

“This is a long time coming,” Tagaloa said.

“You are looking at 15 years plus, so to get it accepted this round, with some conditions and various work to be done, it’s still massive progress for the Pacific.

“The great advantage is that once you have that particular food standard for ava or nonu established under Codex then it is internationally known as a safe food and therefore it promotes confidence in the consumer that it is safe.”

Earlier this year, nonu exporter Garry Vui was calling on Government to push ahead with national noni juice standards.

With more opportunities for farmers to sell their fruit to juice producers, there is a risk that poor quality fruit will reach the market and spoil Samoa’s reputation, but standards can prevent that.

Along with Tagaloa, Samoa’s Codex committee led by Ministry of Commerce, Industry and Labour (M.C.I.L) Assistant Chief Executive Officer Fepuleai Roger Toleafoa, and Muagututia Elisapeta Ma Dar from the Food and Agriculture Organisation (F.A.O) travelled to Vanuatu for a meeting on the Codex standards.

They were meeting as part of the 15th session of the F.A.O and World Health Organisation coordinating committee for North American and the South West Pacific, of which Samoa is part.

Tagaloa said the developed countries (America, Canada, Australia and New Zealand) in the committee still have questions about the safety of noni juice and kava, which is why the standards have not been fully adopted yet.

He said the Pacific nations were able to alleviate some of their concerns, and that all that remains to be studied can be done before the next Codex meeting in 2021.

“They are there to protect the interests of their own populations,” he said.

On noni juice, America and Canada wanted scientifically proven reassurance on safe quantities for consumers to drink, according to its levels of scopoletin.

Scopoletin is a compound found in noni juice which shows antioxidant, analgesic, and anti-inflammatory effects. It has also been used as a quality control marker in juices.

Tagaloa said scopoletin can be considered toxic, and the parties had to be convinced that it is a naturally occurring compound in noni juice, and actually one of its most desirable components.

“The concern was there needs to be study to determine how much noni juice consumption can the average person take and still be safe.

“Our counter argument of course is it’s like trying to regulate the amount of coffee and tea you drink. Common sense prevails, you don’t overdrink.”

The developed countries also want to see the testing methodology for safe kava. Tagaloa said they had to be reminded that only varieties each country has identified as ‘noble kava’ can be exported under the draft standard, but the Pacific countries have agreed to provide the methodology for scrutiny.

“It’s like anything else. If I was to say to you kava is safe, and you say why. I say it’s because it’s noble, it’s been tested, you might say okay, but I wanted to test your method of testing, to make sure my people are safe.” 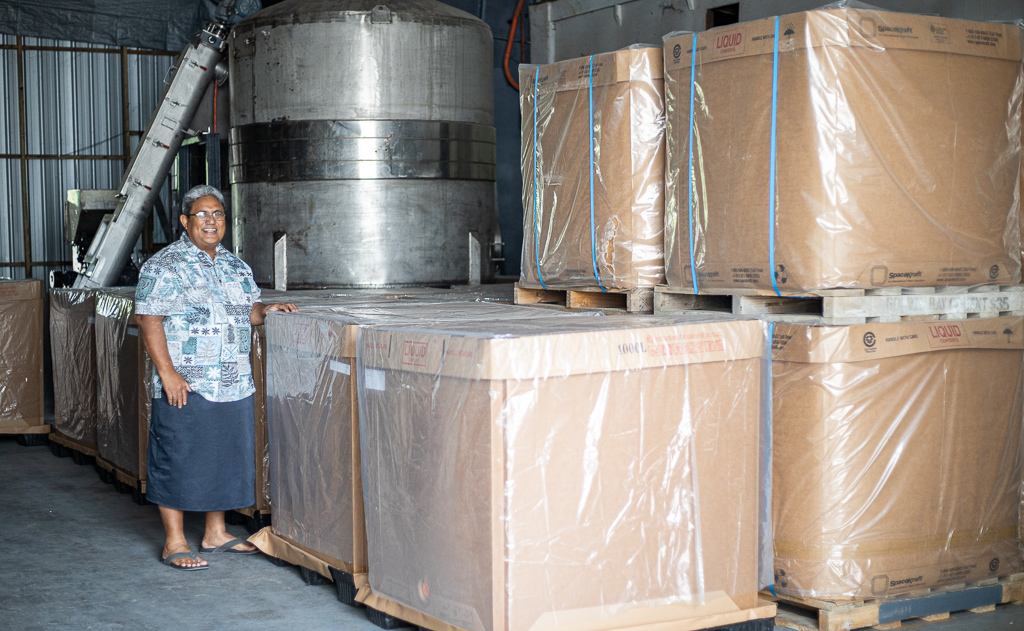 But the Pacific will need help providing the data, especially on the noni juice scopoletin levels. Tagaloa said they were able to kick start the process of getting funding and technical assistance from the Pacific Horticultural and Agricultural Market Access (P.H.A.M.A.) Plus Programme.

Once the international standards are adopted, Samoa will be able to brand its superfoods kava and noni juice as uniquely Samoan, and will be able to compete in the growing market.

Consumers are becoming choosier about where they buy products, and want to know where something comes from, down to the village.

“It will enable us to develop and brand our products from the Pacific, on the basis that we have had them for millennia, and they are safe foods,” Tagaloa said.

“Once the market understands the product, the consumer has a choice.

“It will stabilise our market and increase our potential for export, which is a win for Pacific Island countries.”

But ensuring these standards work is a two way street: farmers, producers and exporters need to grow quality products that meet international expectations or risk damaging their market.

Tagaloa warned that without that, the Codex standards are useless.

“Whilst we are doing this to promote these food commodity items, our communities have a shared responsibility to make sure only quality products that conform with these standards are grown.

“They also play a role in ensuring that what they are producing, in nonu and kava, absolutely follow these standards so that they are safe.”