Second Manumea mural goes up, this time by teachers of Samoa

The first layer of paint up on the wall. (Photo: Misiona Simo)
Climate Change

Work has begun on a second mural of Samoa’s national bird, the critically endangered Manumea.

Charles and Janine Williams, who painted a larger-than-life Manumea on the side of the New Zealand High Commission in July, are back in Samoa to train a dozen teachers on the art of large scale outdoor painting.

The Samoa Conservation Society and the Ministry of Education, Sports and Culture picked out a wall on the M.E.S.C learning centre, opposite Leifiifi College for the new bird to go up, in just a few days.

Art teachers and M.E.S.C staff have gathered from all over the country, including three from Savaii’s Ituatane College, Amoa College and Itu-Asau College. 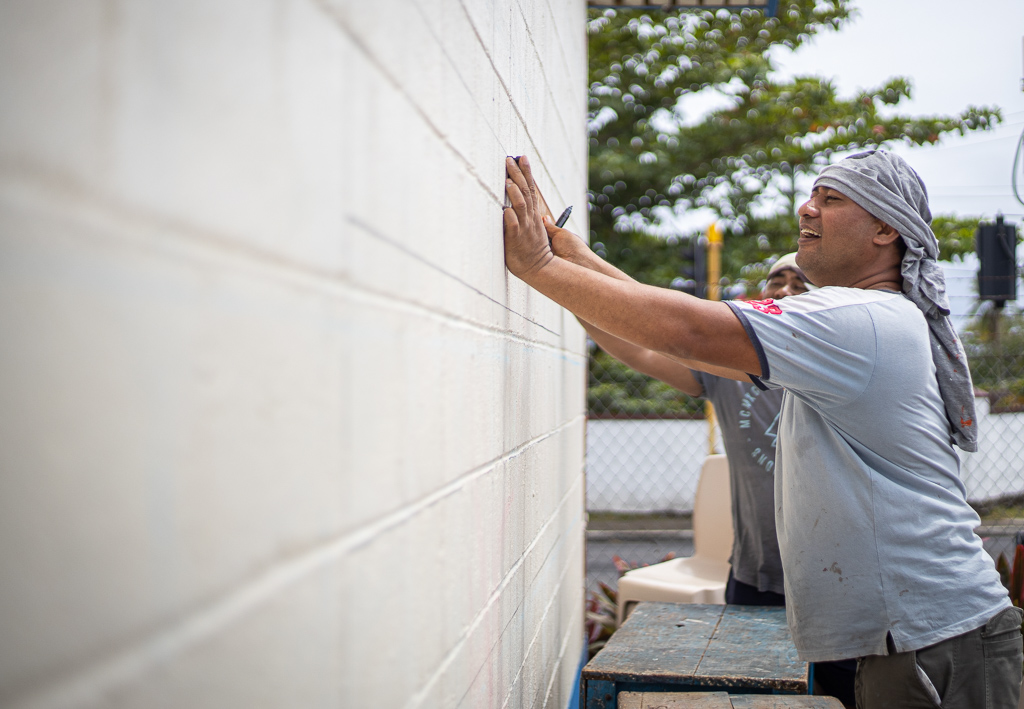 “It’s such an important and special bird,” said Sunui Tauave, of the Manumea. She teaches in Ituatane College in Avao.

Perenise Veve teaches art at Amoa College in Saipipi. He said he is excited to take his new skills back to his students, especially the careful steps required to get the large piece up on the wall.

“We haven’t done mural painting at school because it’s a hard work, and you have to plan for months before you put it up,” said Itu Asau College teacher Naomi Magele.

“We need to teach the students how to do this work before they practice it.

“Our art students, they have the ability, they can create attractive works.” 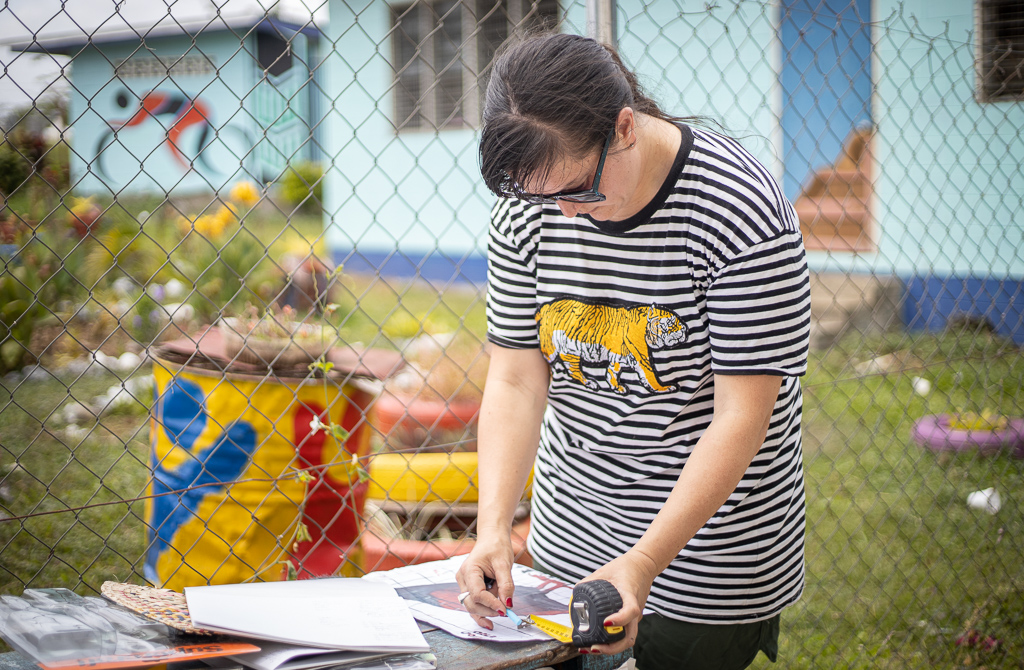 The Manumea or tooth billed pigeon is critically endangered, with a total population is less than 200 counted species including less than 50 breeding species.

It is the only living relative of the Dodo, a bird that went extinct almost 3000 years ago. The Manumea was last seen in Samoa in 2014, after almost eight years of no signs of life.

It is an essential part of Samoa’s ecosystem as its large bill can crunch seeds that are too big for other birds, and therefore can distribute seeds around the forest.

“We wanted to teach them the business side of being an artist and the possibilities of where your art can take you,” he said.

“A lot of people don’t take art seriously, it’s something people do on the side of work, whereas we would like to see more people living out their dreams.”

There was a language barrier in the room, but the interactive nature of the painting workshop helped. The trainees will be leading the next six murals that go up in villages where the Manumea has been sighted in the last ten years, so the workshop focused on their ability to lead that practically.

“They need the crash course straight away so that when they go they are all ready.”

Those village murals will be on smaller walls, and they will have longer than a day and a half to paint, so there will be less pressure than is on the group to complete this weeks bird.

Another trainee muralist Atapana Alama who teaches art at Lefiifi College was particularly excited by the budgeting training they received yesterday.

He is no stranger to murals, having painted many of his school’s walls for the Pacific Games, but said learning from someone with a different experience is important.

“It was interesting for me to know how to bill the work, how to estimate the money and the cost of the work,” he said. 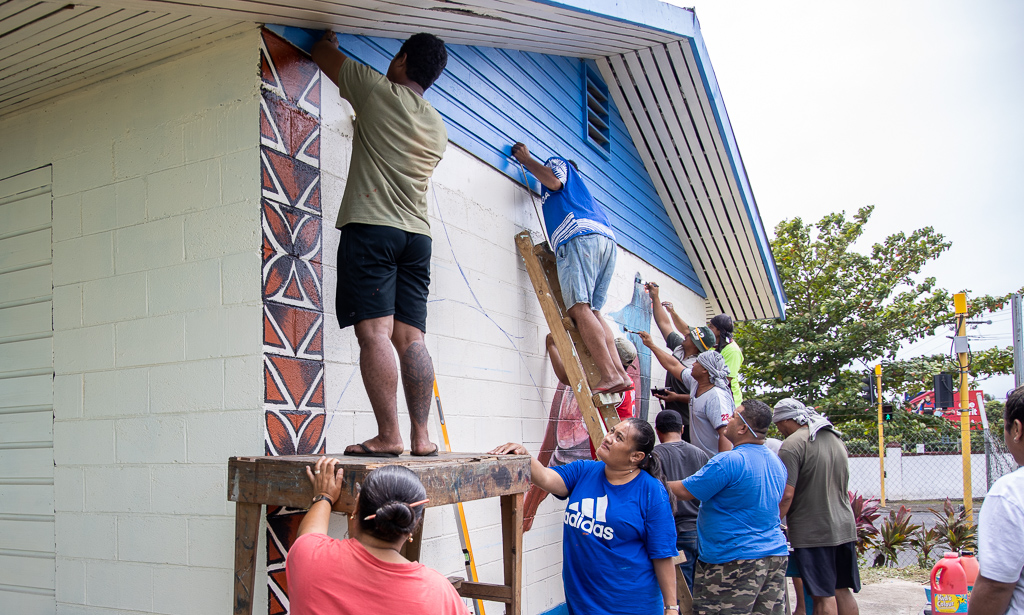 Mr. and Mrs. Williams have a passion for painting large birds. In 2016 they started Project Paint the Pacific, with their first bird mural in Guam, and today they have five more countries on that list, including Samoa.

They extend their mural project to also upskilling local artists with the tools to make large-scale paintings outside.

“We are into long term relationships, we don’t just want to come in, be superstars and leave. We want to invest in the people,” Mr. Williams said.

He and Mrs. Williams will be painting another mural on Saturday, this time near the Museum of Samoa.

The murals are part of the year-long Save the Manumea campaign led by the Samoa Conservation Society.