BEIRUT (AP) — Russia threatened Sunday to veto a U.N. resolution demanding immediate access to areas of Aleppo besieged by the Syrian government, while a shaky deal to evacuate thousands of trapped civilians was thrown into doubt again after militants burned buses involved in the rescue operation.

The Aleppo evacuations were to have been part of a wider deal that would simultaneously allow more than 2,000 sick and wounded people to leave two pro-government villages that have been besieged by Syrian rebels. Most villagers are Shiite Muslims, while most rebels are Sunni Muslims.

Six buses that were among those poised to enter the villages of Foua and Kfarya on Sunday were set on fire by unidentified militants, presumably to scuttle any deal.

A video posted online showed armed men near the burning buses as celebratory gunshots rang out. "The buses that came to evacuate the apostates have been burned," the narrator of the video said. He warned that no "Shiite pigs" would be allowed to leave the towns.

The video could not be verified independently, but was in line with AP reporting from the area.

Earlier Sunday, pro-Syrian government TV stations showed dozens of buses on stand-by at a crossing near east Aleppo, reportedly poised to resume evacuations from the opposition's last foothold in the city.

The evacuations had been suspended two days earlier amid mutual recriminations after several thousand people had been ferried out of the war zone. Thousands more desperate civilians are believed trapped in the city.

About 2,700 children were evacuated in the first rescue mission earlier this week, but hundreds more "are now waiting in freezing temperatures, close to the front lines," said Shusan Mebrahtu of the U.N. agency for children, UNICEF. "We are deeply worried."

Wissam Zarqa, an English teacher and Aleppo resident, said he went to an evacuation point in east Aleppo on Sunday afternoon and found buses with evacuees on board, but that the vehicles did not move. The opposition's Britain-based Syrian Observatory for Human Rights also said the buses hadn't left the city.

Several buses with Aleppo evacuees were stuck for hours in a buffer zone between the front lines in the city, according to aid officials familiar with the negotiations between the two sides.

Rami Zien, who was on board one of the buses, said passengers had been stuck in the buffer zone since 1:30 p.m. "Government forces are just ahead of me," he wrote in a text message. "If anything goes wrong, I will be the first to die."

On Friday, a bus convoy carrying evacuees was stuck in government territory in Aleppo and was turned back after being searched.

The continued suspension of evacuations is throwing into disarray an Aleppo deal that had been brokered last week by Syria ally Russia and opposition supporter Turkey.

The deal marked a turning point in the country's civil war. With the opposition leaving Aleppo, Syrian President Bashar Assad has effectively reasserted his control over Syria's five largest cities and its Mediterranean coast nearly six years after a national movement to unseat him took hold.

At the United Nations, the Security Council held closed-door consultations Sunday on a French-drafted resolution that demands safe evacuations, immediate and unconditional U.N. access to deliver humanitarian aid and protection of medical facilities and personnel.

France's U.N. ambassador, Francois Delattre, said the goal of the resolution is to avoid "mass atrocities" by Syrian forces, and especially militias, in eastern Aleppo, which is now defenseless following the defeat of rebel forces.

Delattre said that "our goal is to avoid another or a new Srebrenica," a reference to the massacre of nearly 8,000 Bosnian Muslims who sought protection in the U.N. safe haven of Srebrenica in 1995 during the Bosnian war.

Russia's U.N. ambassador, Vitaly Churkin, said he would veto the resolution unless it was changed, arguing that allowing monitors to wander in the ruins of eastern Aleppo without proper preparation "has disaster written all over it."

Russia proposed a rival resolution that would require Syrian government approval before the United Nations could deploy any monitors to eastern Aleppo to check on civilians.

Delattre said France would seek an emergency special session of the U.N. General Assembly if Russia vetoes the French draft. 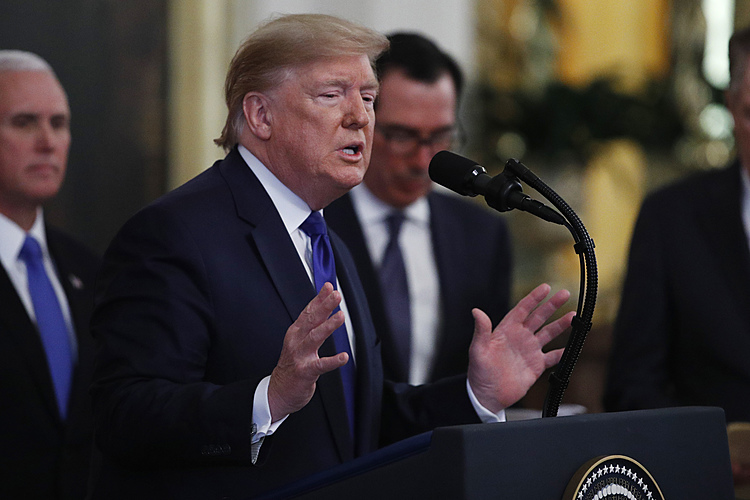 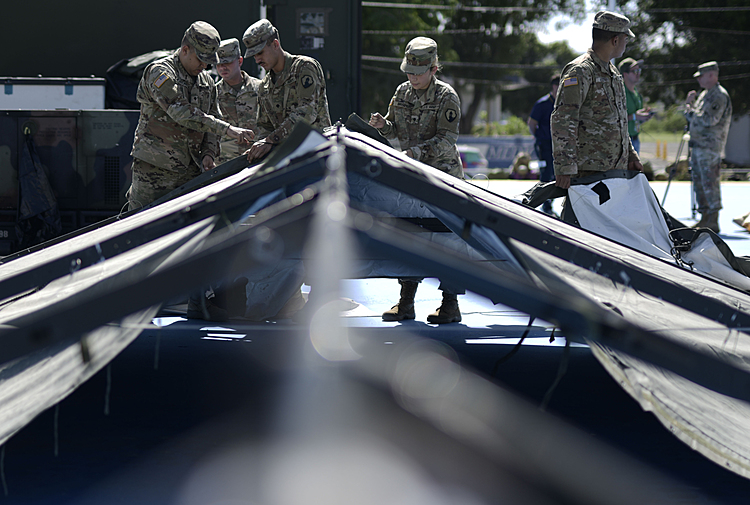 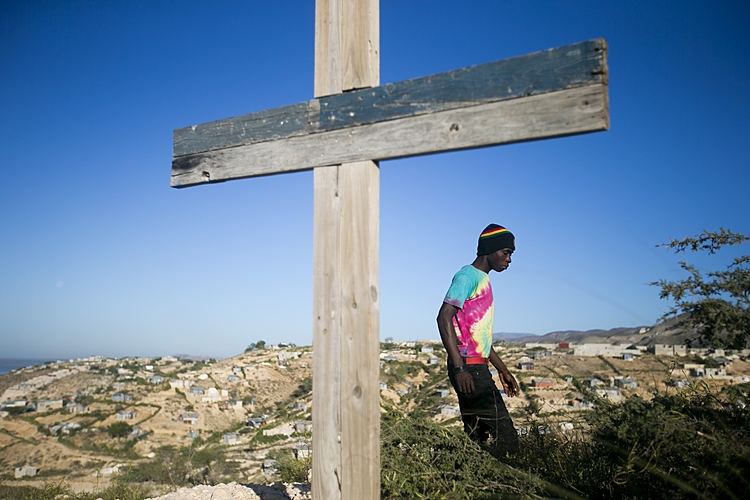