A decade after the tsunami: Perelini Ulugia's story of loss, grief and healing

On the morning of the tsunami, Perelini Ulugia was halfway through shaving his face. He had just started working for his neighbour’s resort, Boomerang Creek in Saleapaga, and the job started early.

The morning of the tsunami, Perelini Ulugia was halfway through shaving his face, when the earth shook the walls of the fale around him.

“I thought maybe one of my brothers in law was playing a joke on me, shaking the house,” he said. It wasn’t until he stepped out that he realised there was an earthquake.

Mr. Ulugia woke up his family. They turned on the radios, listened closely for news. The announcer confirmed what they had felt: an 8.1 earthquake had struck off the coast of Samoa.

“At that time, I didn’t think of the sea, you know, they had just mentioned the earthquake.

“Then we saw these big rocks coming down from the mountains, so we were all looking up the top.

“One of my sisters in law, she was on the other side of the road and she saw the wave and yelled back to us.” 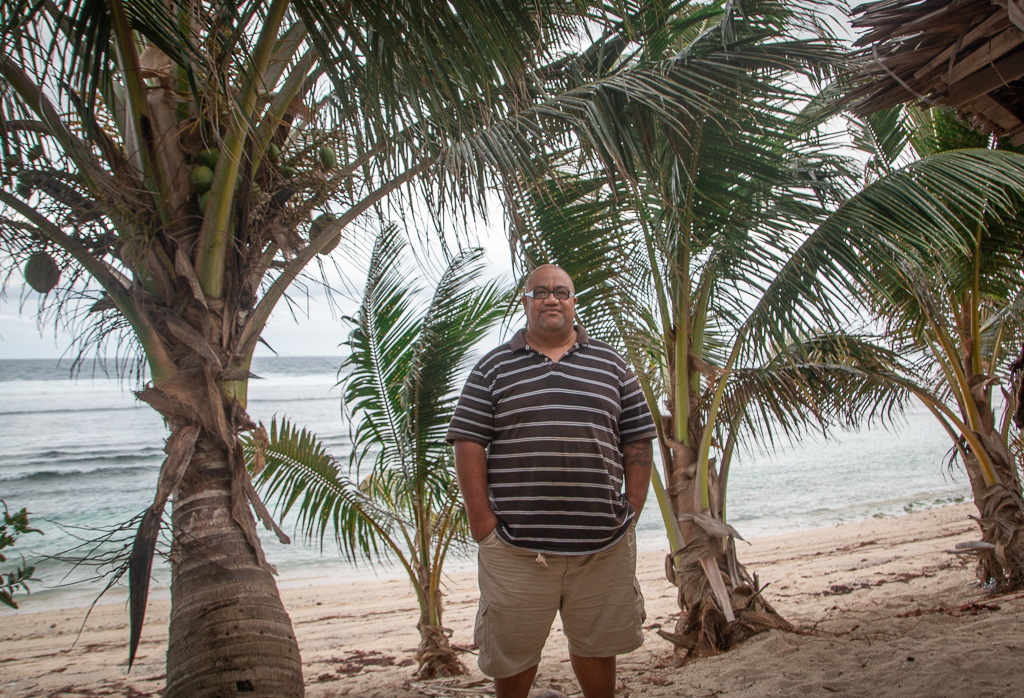 Like so many others, faced with a wall of black water, Mr. Ulugia froze. He couldn’t see his youngest children, two-year-old Jay Jay and seventh month old Mary Lyne and didn’t know what to do.

“I thought I was dreaming. But reality kicked in when my wife’s family began running inland.”

He started to make for safety but in just 15 steps, the wave caught him and carried him through the bushes, slamming him against the ground. He remembers wondering: “is this really happening? Is this real?”

In the chaos, Mr. Ulugia’s nephew had grabbed Jay Jay and run west, and his wife ran with their daughter to the east. But the wave was too strong for them both and robbed both children they desperately tried to save.

Mr. Ulugia’s wife sat with him, sipping on koko Samoa while he recounted his experience but preferred not to be interviewed. She struggles to talk about the tsunami, still.

When the water finally cleared the next day and the searching could begin in earnest, the survivors of the village formed a line from the water to the hills and began to walk, slowly, eyes pinned to the ground.

“They found my son first.

“We were searching around, and then they called me. They said they found a kid, and I just felt empty.”

Mr. Ulugia keeps his hand on his heart while he tells this story. He pauses sometimes but seems determined to share what happened.

“They were standing in a circle, around the kid. I knew it was him and I just started crying. I cried all the way till I got there, and they opened up this big hole for me to walk in. I picked up my son and I was just bawling.”

His children, though his wife and nephew had run in opposite directions, were found just a couple of metres apart from each other, with what they suspect was their family dog lying dead between them. Mr. Ulugia has never forgotten that. 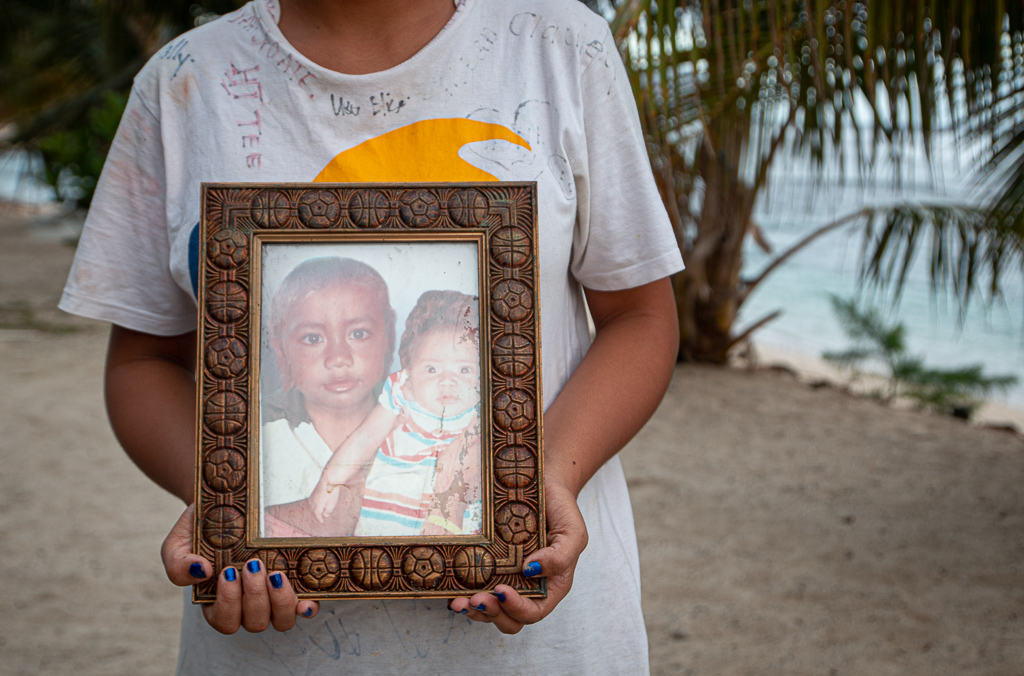 Police took them to the hospital in Lalomanu, where the family were told to bury their children as soon as possible, but they refused. Mr. Ulugia, whose family is in Vavau made the journey to pick them up, and took them home where they bathed the children as carefully as possible, and then they were given a funeral in the Saleapaga hinterlands, where the survivors had begun resettling.

“I hadn’t prayed so much in my life. From evening, to the night, to the early morning till the sun got up, we just prayed, and our prayers were answered because that is all we wanted, to find our babies,” he said.

“That was the only thing we wanted from the lord, is to find our babies and give them a proper burial. Our prayers were answered.”

Just a month before the tsunami hit, Mr. Ulugia had resigned from his work as a mentor at Coral Reef Academy in Apia. All his colleagues and the students there made the journey to Saleapaga for the funeral.

“For the palagi kids to see something like that, to experience someone dying, the whole disaster and having babies dying, see that in real life… it changed their whole perspective on life.”

He said the whole experience made him see life differently too. He tells his other children and his wife that he loves them, every day.

“For other parents out there, live your day like it could be your last. You have to keep on constantly telling your kids you love them. 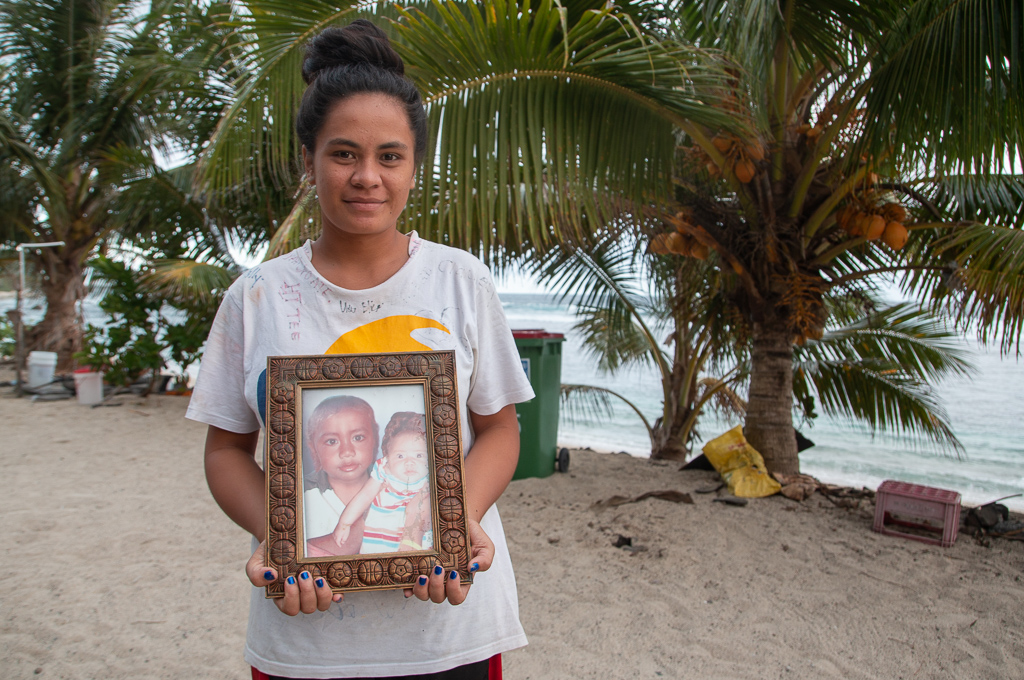 In the months that followed, Mr. Ulugia said he felt useless. Purposeless. He considered committing suicide. But remembering his prayers had been answered, and that his children’s bodies were found, he did not.

On the day he buried them, he also decided to quit drinking, and he said that probably saved him.

“I had a problem with alcohol, I was a big drinker. But I stopped drinking from that day, from October until now.

“If I would have continued on drinking, I don’t know, I would have probably done something stupid,” he admitted.

Quitting may have helped save his life, Mr. Ulugia said, and so did having a strong support network around him. His family visited often, and his friends overseas called him to talk, even ones he had lost touch with.

He and his wife helped each other a lot, talking often about what happened.

“And working, not just sitting and pondering. Once you start pondering you start thinking negative thoughts.”

But even until today, if the wind is extra strong at night, or he is lying alone in his fale on the beach, he imagines the earth beginning to quake and he panics, waking everyone up and goes to make for safety.

Remembering the day each anniversary is still tough, and sometimes he would rather not. Even sharing his story, Mr. Ulugia said he would prefer to learn from what happened and move on.

“Every year when the tsunami date comes around, I say a little prayer.

“I thank the Lord his guidance, his love and his comfort. I say hi to my kids up there and my family that has passed on, and then that is it. And after that I just carry on my day.”

Four years after the tsunami, Mr. Ulugia and his wife started talking about moving back down the mountain to resettle on her family land on the coast.

She didn’t want to lose her land, the memories of her whole life with her family, and place where her children were lost, she said. Her husband didn’t want to return at all, at first and was scared for the coastline for a while.

“She was the one that pushed me, to come down, I was like no, let’s stay up here, farther from the sea,” he said, laughing a little. 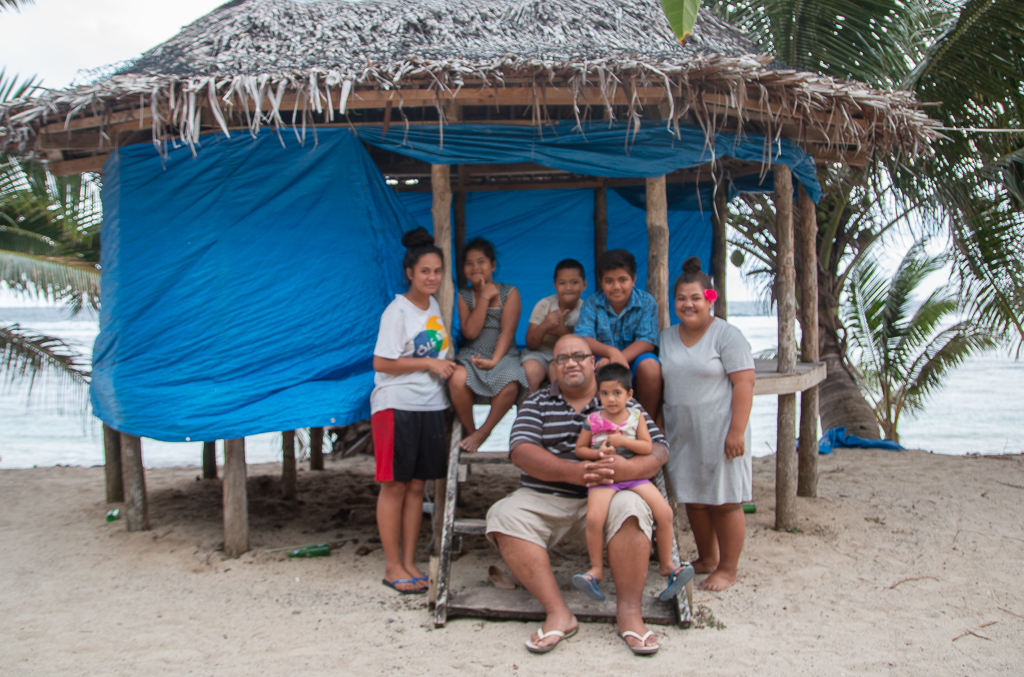 Together they built Jaymy’s Beach Fales, named for their eight-year-old son Jaymy. He was named in honour of his lost siblings, Jay Jay and Mary Lyne. Their photo is in the window of the kitchenette in the dining fale.

It has been a long process developing their land again. When they first moved from the hills, there was untamed bush and vine everywhere. They built their small business from scratch, and start taking bookings soon.

Mr. Ulugia’s eyes light up when he talks about the plans for the business.

“We still have a lot of work to do here, we want to reconstruct the fales and we have some ideas of the type of fales we want to rebuild on the beach, make the dining fale bigger and build a deck on the beach.”

Asked if returning to the coast helped him heal or gain closure from the tsunami, Mr. Ulugia said not at first.

“When we came down here, I was having flashbacks for the first couple of years,” he admitted.

And just when they thought life could be normal, the sea is taking its own toll.

The king tides of the last two years have battered their coastline and brought the sea right up onto their doorstep.

“It worries me, it worries us. You don’t know, next time it could come into the fale,” Mr. Ulugia said.

The village of Saleapaga will gather on Sunday to eat and share memories and remember the day their lives changed forever. On the 29th of September 2009, they lost 33 people to the tsunami, at least six per cent of the village (according to 2006 census figures).