The Manu Samoa’s camp in Yamagata came to an end on Saturday, when the team travelled to Kumagaya ahead of their Rugby World Cup opening match.

They have been preparing for that game against Russia for almost a week in Yamagata, then caught a bullet train down to Kumagaya, Saitama before the game on Tuesday night.

The 23 that will face Russia is set to be announced on Sunday night Samoan time, and so far this week the squad have been training on their game plan for the match.

The first day of what they call ‘test week’ was on Wednesday, when the coaches relayed the game plan to the players and set about working on them implementing it.

“[Wednesday] was all about clarity, getting our head around the attack and just running through repetitions so that we run at a high pace,” said Manu loose forward Josh Tyrell.

He compared it to creating the foundations of a house, setting those building blocks for the rest of the week. 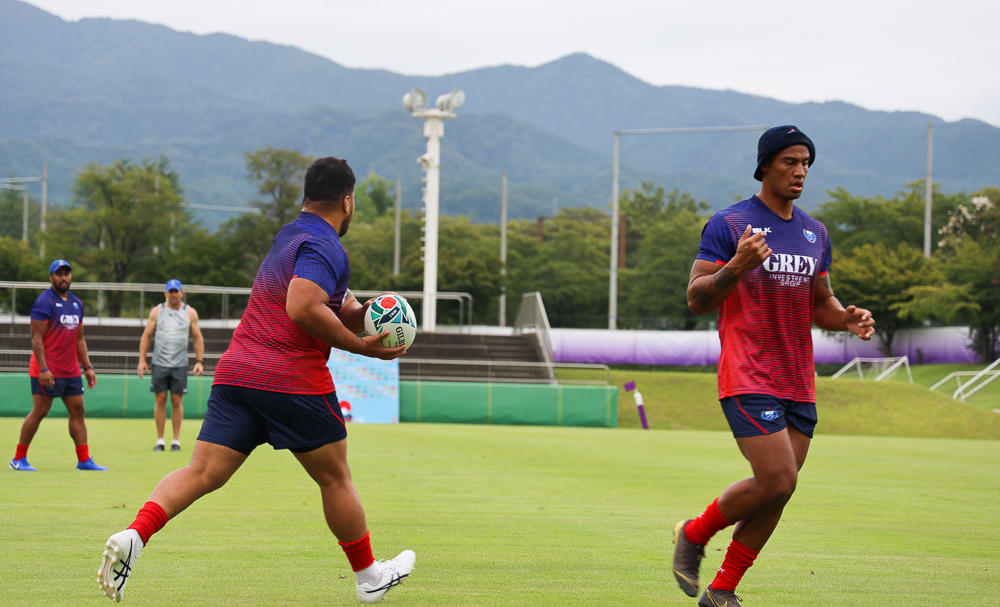 The Manu Samoa had both their field and gym sessions at Yamagata Prefectural General Sports Park, and Tyrell said conditions were fantastic:

“The pitch here is first class, it’s easy on our legs.”

Management had visited Yamagata earlier in the year to assess the facilities there, when at the time there was no pitch at all, so it’s remarkable what the locals have done to create a top-notch field for Samoa to train on.

After a day off on Thursday, the Manu had more training on Friday before Saturday’s travel day.

They will have more sessions on Sunday, before a final captain’s run on Monday.

“We like to think we are too, we’ve just gotta find some of the small details to get through.”

Russia were solid enough in their 30-10 loss to Japan on Saturday night, but lacked any consistent attacking threat and will do well to challenge Samoa on just three days rest.