School buildings are to be insured by the Government. (Photo: Areta Areta)

The Government will take out insurance on the nation's school buildings as its latest step in bracing the country for the impact of global warming and climate change.

The Minister of Finance, Sili Epa Tuioti, said Samoa's educational infrastructure was valuable but vulnerable during an interview with the Samoa Observer on the sidelines of the fourth Pacific Regional Energy and Transport Ministers' meeting this week.

"We have to invest ourselves," he said.

"[And] one of the things that we have done [is], the government insures all the school buildings because we have learnt from the past that those are the facilities that are very vulnerable when there are cyclones."

The Government is focused on building more resilient infrastructure to withstand the impacts of natural disasters, especially with the cyclone season approaching soon, which officially runs from November 1 to April 30.

"Because our communities are out there in the coastal areas too so it’s really looking at seawalls and building everything back better," he said.

"It is really to try and make sure that when we build whether it is bridges, roads or homes, that they can withstand the impacts of climate change.

"We all know with the flooding sort of issues, we invested resources there together with the Global Climate Fund and ADB and World Bank to mitigate the flooding."

In the past week, Samoa played host the the region's ministerial meeting focused on committing to a set of priorities to reduce the region’s reliance on fossil fuels whilst supporting safer and cleaner transport over the next decade.

Samoa is currently at around 50 per cent through to their goal of having the country run on 100 per cent renewable energy sources by 2025, but the Minister said that progress has not been easy.

"Certainly the priorities is looking at issues with energy, the cost of energy when we’re going to invest in renewable energy rather than fossil fuels," he said.

"That’s always a major challenge and I think what’s been said is there is a lot of progress [that’s] been made by E.P.C. and obviously there’s also a dependency on how the national Government sort of responds to those challenges." 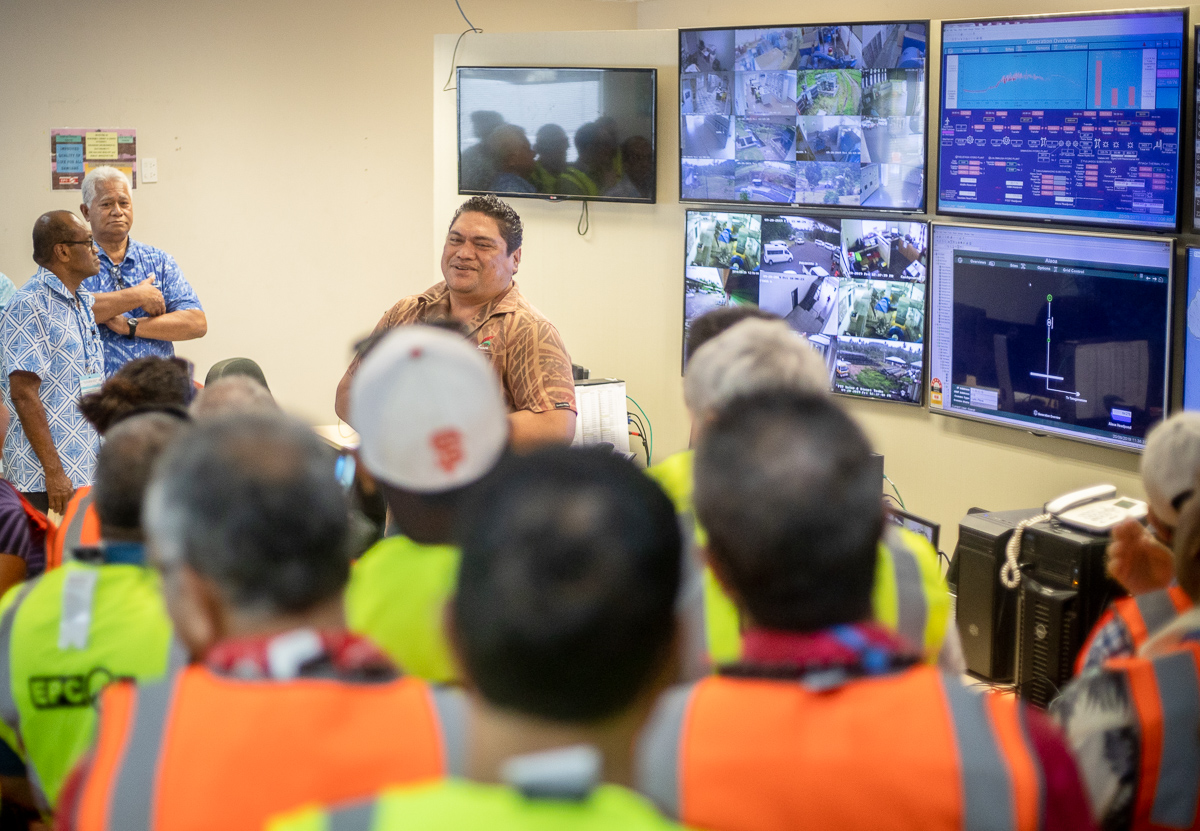 The E.P.C.'s Chief Engineer at the National Control and Dispatch Centre, Afamasaga Victor Afamasaga, said that the adoption of renewable energy has brought with it significant change.

"The system [was] designed to transfer power one way only, from Tanugamanono down to [...], but now we have a two way transfer power," he said.

"Diesel is an easy way of generating electricity but it has an effect on the climate, so all the reason why we have to invest in renewable energy, is to support that target that we are somehow reducing pollution and lead by example by trying to use clean energy as [much as] possible." 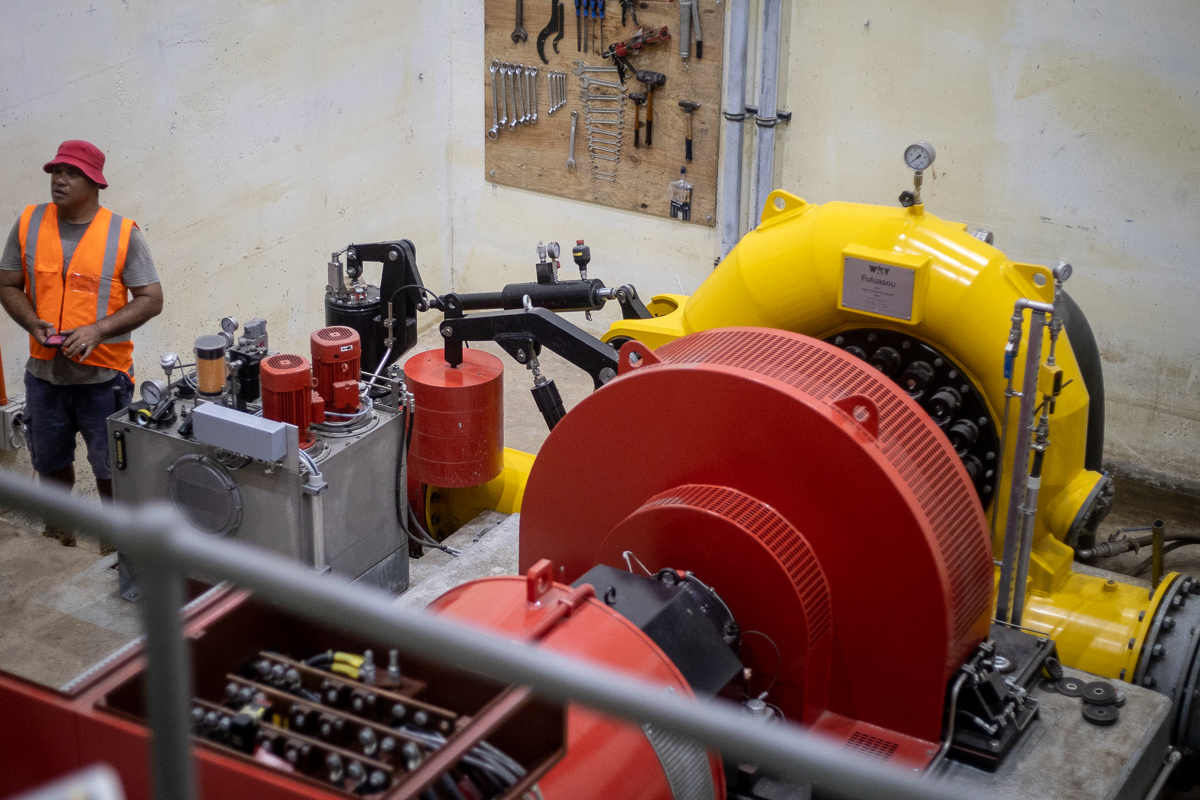 Samoa currently has five solar systems feeding the grid; the biggest one at Faleolo, Tuanaimato and smaller installations at Tanugamanono, Mapuifagalele and also at Gym 3.

These are in addition to nine hydro plants. The E.P.C. is looking to build four more of what it regards as an excellent renewable energy source for Samoa.

Geothermal power also presents another renewable energy option in Savaii and the E.P.C. says it is still investigating its potential utility.

A submarine cable is also in the pipeline in order to transfer power between the two main islands, Upolu and Savaii.

"That's another project; if the land issue at Sili river were solved and they agree to do a hydro station, that's a big hydro station," said Afamasaga.

"Savai'i cannot use all that electricity, so definitely we need a cable connecting two islands together so that we can use some electricity from there, or we can supply electricity to Savaii.

All of Samoa's renewable energy is all controlled from the Fuluasou National Control and Dispatch Center.

Afamasaga said in order to achieve a 100 percent or close clean energy for Samoa is speed, good communication as well as investments in infrastructure.