Stop the violence Campaign led by youth members aims to tackle violence within the communities and families. (Photo: Misiona Simo)

Members of a youth-focused organisation Logo Puialii have launched a "stop the violence" campaign in a bid to address and remove the scourge from their community.

The campaign aims to tackle violence through the wise use of social media with Phase 1 of their strategy being the posting of prevention and anti-violence messages on social media.

The members of the organisation met at the Maluafou College hall to discuss their campaign strategy before its official launching.

According to the organisation's leader, Nah Folasa, the biggest challenge facing Samoa is the prevalence of violence and its impact on families and the community. 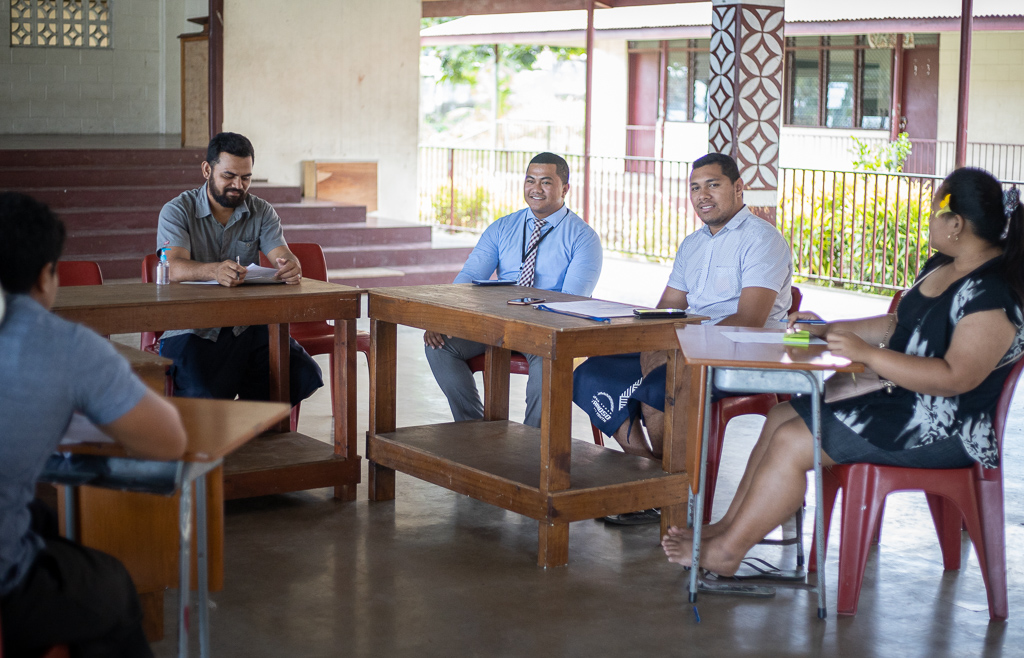 "It's something that has taken wives and especially children from their homes and even in the communities. So we aim to lead the strike as youth members, to at least try and put an end to the violence," he said.

"Our organisation is only at Phase 1 of our campaign and that is to overload Facebook or social media with everything that relates to the no violence campaign as we believe it's the way for people to notice the message."

Part of the campaign is to hold a competition during White Sunday next month with the key phrase "stop the violence I don't want to suffer" and more. Each participant in the competition, (at the children's level) has to take a photo with either of their parents and post it on social media, with the most shared and liked photo getting to win the competition.

Logo Puialii comprises 37 youth members who have already registered. The organisation was established early this year by Mr. Folasa and focuses on the challenges facing Samoan youth.

A 23-three-year-old group member who is a teacher at Maluafou College, Misa Soonalote Eti, said the campaign taught him an important lesson on his relationship with his students.

He said thanks to the campaign, he has decided not to use violence as part of his teaching in the college.

"I am someone who also uses violence in my community and especially in my school and I've been teaching for two years now and what this campaign has taught me is the importance of removing violence from my way of teaching in school and communicating out in my village," he said.

Mr. Folasa has appealed to other youth to join their organisation in order to make a difference in the Samoan community and to lead by example.

Local company TAS Security Services at Fagalii Uta – which was established in 1996 – has stepped forward to support the campaign led by the youth organisation.

The security company's Chief Executive Officer, Fuimaono Josiah Sianava, said it is an important initiative for his company to support as it will protect families.

"The importance of our service for this campaign is to provide security for the families in terms of property and personnel when involved in violence and its' within my field of work protection so it's important for me to support his campaign," he said.

"Key of everything is our families. Once everything collapses from within our families, we're going to start seeing the youths walking on the road uselessly."

Fuimaono added that his company's services is also linked with the campaign as their objective is to protect people and prevent violence in families and the community.