Rugby World Cup: Japan up by 5 after nervous start

The game kicked off after a spectacular opening ceremony by host nation Japan. (Photo: World Rugby)

The pressure of 127 million expectant home fans showed immediately, with Japan knocking on the opening kickoff of the 2019 Rugby World Cup.

That put Russia hot on attack, and they turned down an early shot at goal to go for an attacking lineout, showing real intent.

Japan repelled them, but a bomb from fullback and captain Vasily Artemyev was missed completely by Japan fullback Will Tupou, gifting the opening try of the tournament to winger Kirill Golosnitskiy, making it 7-0 inside six minutes

It was a breathless start to the 2019 World Cup, as Japan headed straight onto the attack, probing the Russian defence with little kicks in behind. 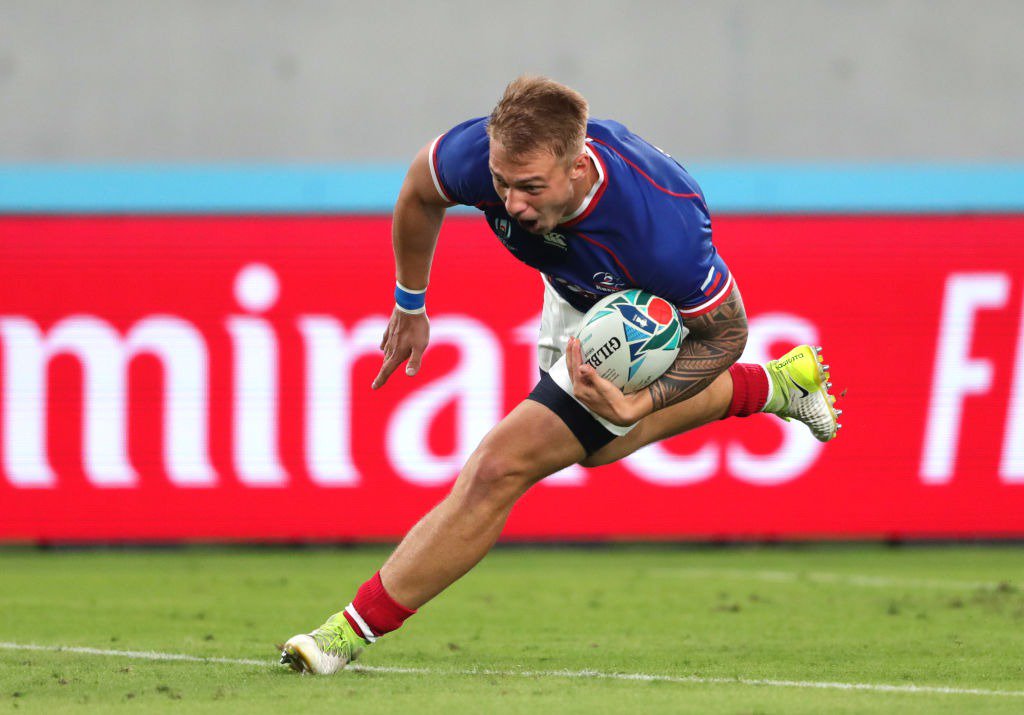 They opted for a five metre lineout after a penalty, and had their own try in the 12th minute.

Japan spread it wide to the backs, and a stunning no look offload flick from Samoan-born centre Timothy Lafaele to Tupou set up an easy draw-and-pass for Kotaro Matsushima to score.

Japan continued to put the pressure on with first five Yu Tamura pulling the strings and captain Michael Leitch brilliant as ever around the contact area.

But they often played too fast for their forward pods too form, and couldn’t keep the ball in attacking position long enough to threaten the scoreboard.

Russia were even less convincing with the ball, persisting with a ineffective kicking game from halves Vasily Dorofeev and Yury Kushnarev.

Lafaele set up another tryscoring opportunity with a straightening run and offload as halftime crept closer, but Matsushima was denied a second try after TMO replays showed he didn’t have control of the ball as he grounded it over the line.

Japan stayed in Russia’s redzone, and Matsushima soon had that second five-pointer.

This time it was second five Ryoto Nakamura who drew two defenders before offloading, allowing the winger to run in easily on the stroke of halftime.

Tamura converted this time, giving Japan a five point lead at the break.