As the region's Transport Ministers gathered to discuss initiatives to tackle the next frontier in the fight against carbon emissions - sea transportation - Samoa unveiled its own at Matautu wharf on Thursday.

A solar power system has been installed on the MV Lady Samoa 3 as a demonstration of the way in which the carbon emissions from sea transportation can be lowered.

The Maritime Technology Cooperation Centre (M.T.C.C-Pacific)  project has been funded by the European Union (E.U) and implemented by the International Maritime Organisation.

Opening remarks at the unveiling of the renovated ferry were made by the Minister of Works, Transport and Infrastructure (M.W.T.I), Papaliitele Niko Lee Hang. 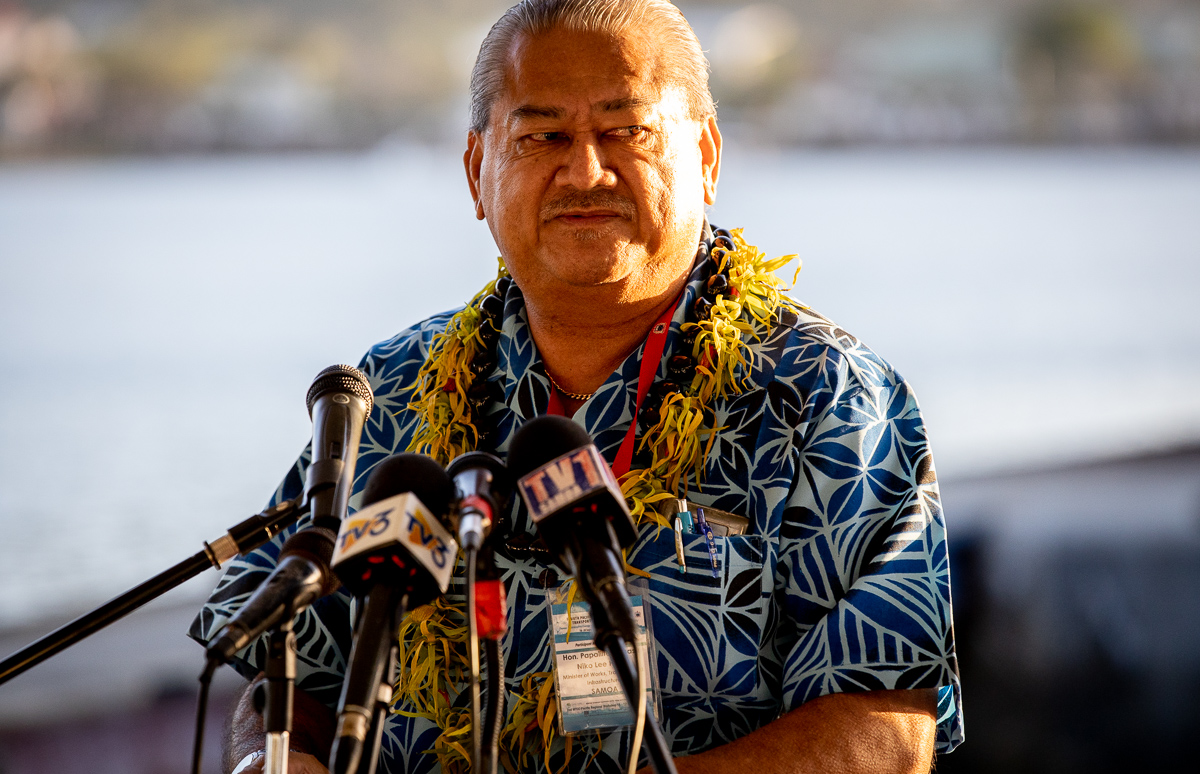 “The Apia-based branch office as well as the pilot project called the MV Lady Samoa 3 before you today illustrates the potential of genuine partnerships that are forged on understanding, mutual benefits and a collective ambition to adhere sustainable results,” he said.

“As Pacific Island countries and despite the many challenges that we face, we should be proud of the significance that we are taking to implement innovations and practical measures, in moving us all economies, towards renewable energy.”

According to the Project manager, Dr. Mohammed Asid Zullah, the first-run installation was a success although he would not say that one solution fits all. 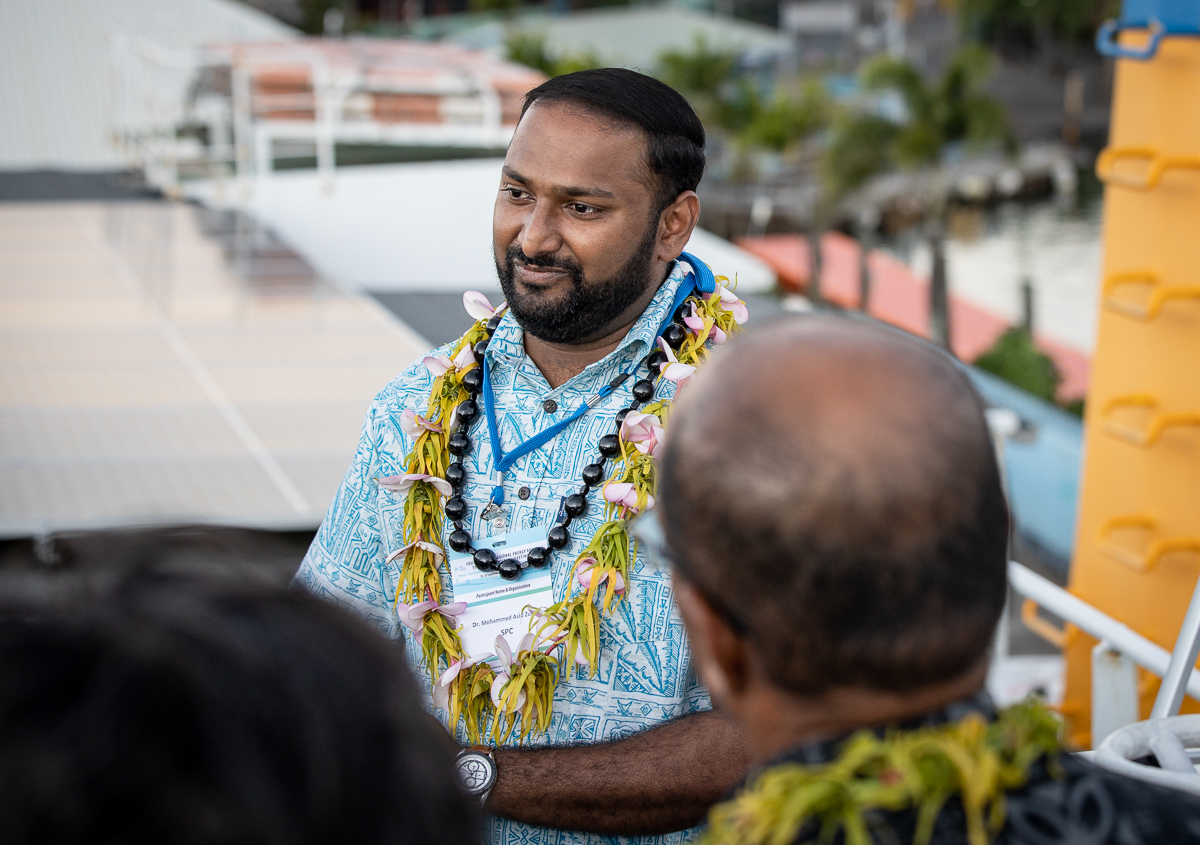 “We need to reevaluate like the individual vessels against its’ energy consumption, against its’ operational profile and then look at different technologies like what would be the most effective and we’ll have a suitable agreement of investment,” he said.

Initial data analysis suggests that fuel consumption while the ship is idling can be cut by up to 40 per cent.

“So based on the data that we’ve collected over a period of six months, we made science-based decision that to install the most effective technology which is the solar system to reduce the fuel consumption during the evening,” Dr. Zullah said.

“[At] this point, with the initial data analysis, we’re looking at reducing 70 per cent of the operational cost for the vessel and that’s around $70,000 AUD annually.”

The system will also be used for general purposes including the refrigeration system on-board the vessel and also to operate the hot plates used for cooking.

“So in terms of improving the livelihood of the crew on board the vessel, this solar system will definitely contribute to that," Dr. Zullah said.

The installation of a solar system also reduces the impact of the generator running in the engine room, which emits vibrations that can disturb the cabin crew who sleep on the vessel. The new system, however, allows for the generator to be turned off overnight.

In his remarks Papaliitele acknowledged the support and assistance provided by development partners as well as the regional organisations, the private sector and civil society organisations in laying the foundation toward building a long-term approach, to reducing reliance of fossil fuel and greenhouse gas emissions from the shipping sectors.

This is the first demonstration of technology that is available now and which ship operators are already able to invest in, Papaliitele said.

The initiative also demonstrates that Samoa can achieve 20 to 30 per cent emission reductions through the use of energy-efficient technologies to prepare the shipping industry to run on the vessels of tomorrow.

“And lastly, this demonstrate to the international maritime community, the will of our Blue Pacific region that we will no longer be the dumping station of inefficient vessels. We should strengthen therefore, uphold for the transfer of innovative energy efficiency technologies to support our efforts in this regard,” Papaliitele said.

He also acknowledged the International Maritime Organisation for establishing five M.T.C.Cs around the world, the E.U, for funding support for the global M.T.C.C.s network and the Director General of Pacific Community, Dr. Colin Tukuitonga, and his staff.

“This is a collaborative partnership between the Centre, based in Suva, with the Government of Samoa to demonstrate the uptake of new technologies to reduce fuel, oil consumption and greenhouse gas emissions from the shipping sector,” he said.

“In my remarks at the official opening of the second regional workshops of M.T.C.C.-Pacific on Monday, I briefly highlighted some of the collaborative arrangements that we have established with S.P.C. and the M.T.C.C.-Pacific Project here in Samoa.” 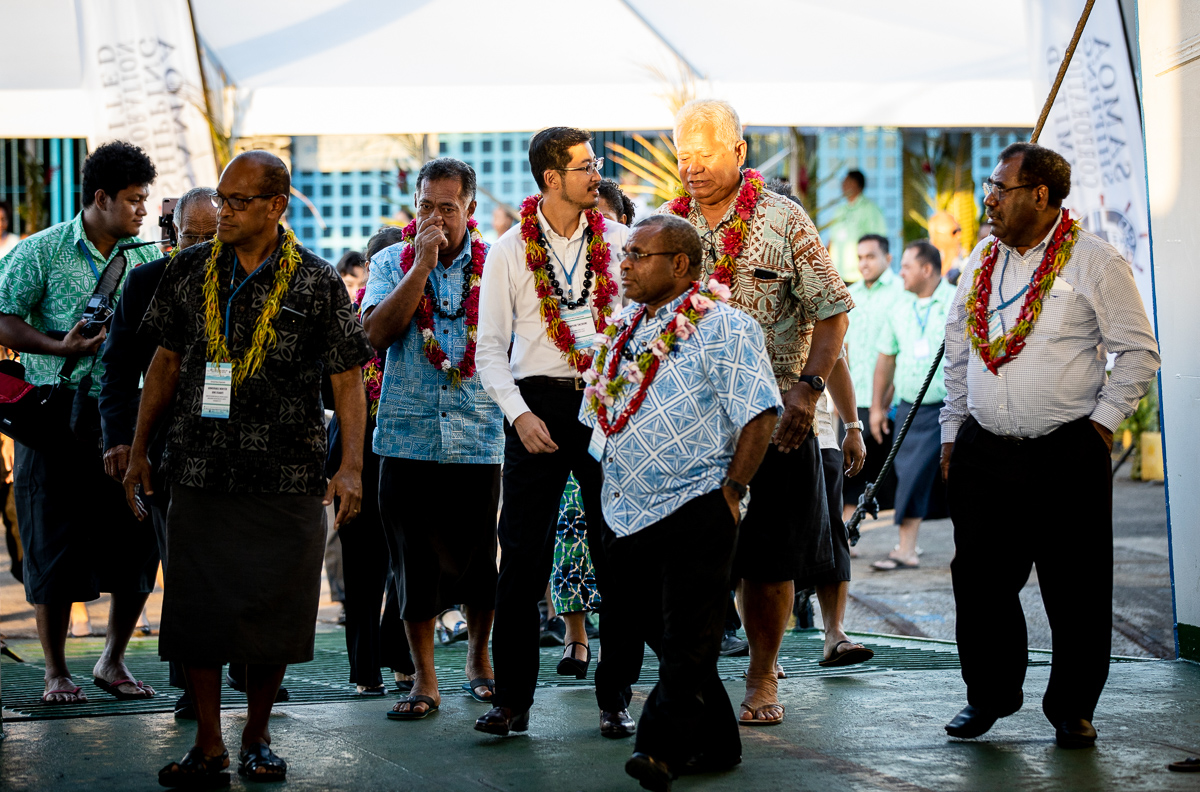 On Monday morning, Papaliitele also requested all international and regional partners to support the M.T.C.C-Pacific and its shift to sustainability: “Revolution starts [with] small states and I take the launch tonight as one of these small states. Start saving 153 tons of greenhouse gas emissions a year," he said. 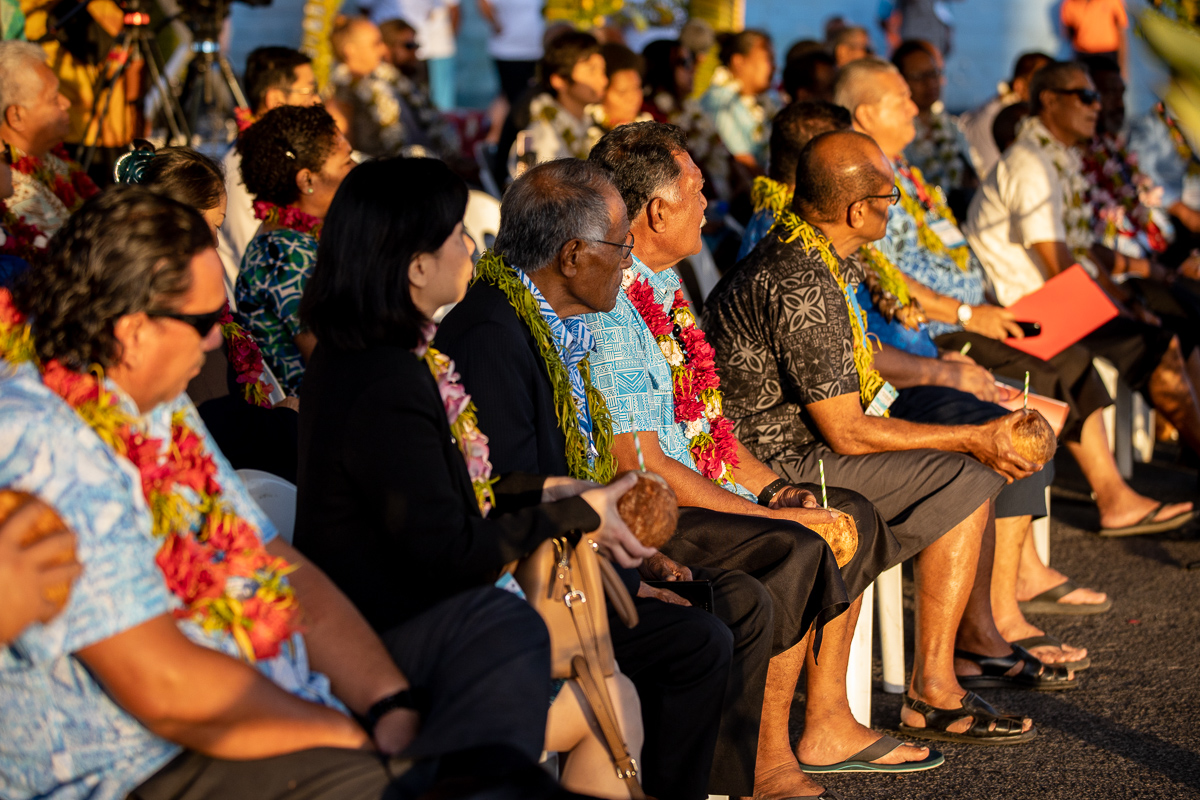 In the last two years, Dr. Zullah said they have trained more than 198 people in the region on making vessels more energy efficient and how to collect the data needed to measure the impact of these changes.