A total of 40 students graduated from the Australia Pacific Training Coalition (A.P.T.C.) on Thursday.

Twenty two of them were females.

The ceremony was held at the Methodist Hall, Matafele, where families and friends gathered to celebrate the happy occasion. 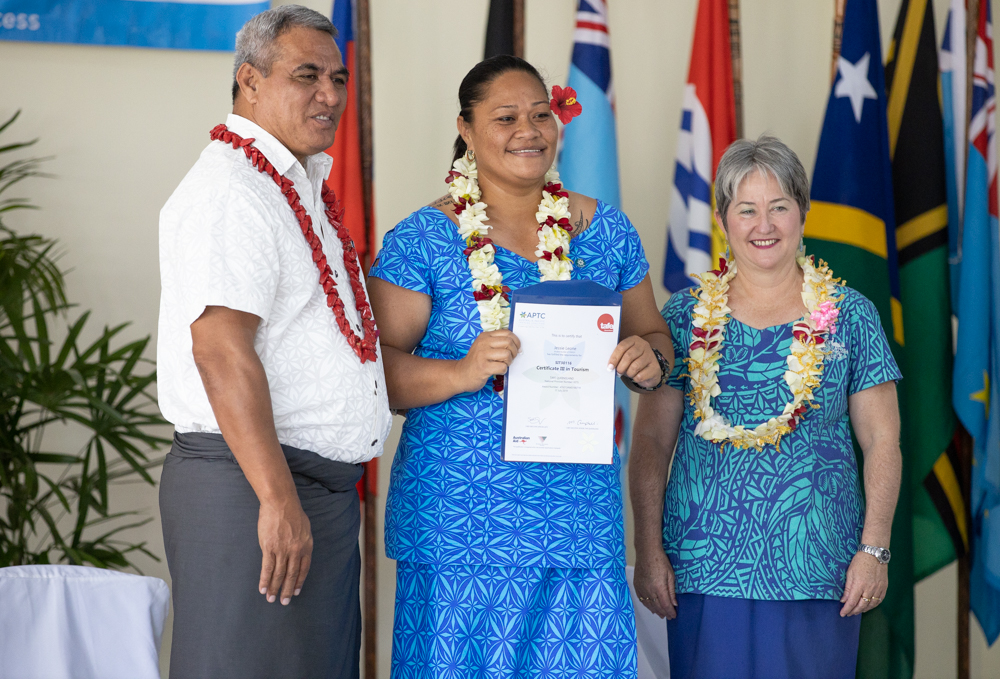 Loau congratulated the graduates on the successful completion of different courses of study, by 40 talented and hardworking students.

“We commend you for your dedication, hard work and perseverance with your studies,” he said.

He also acknowledged with gratitude the invaluable support provided by the families, friends, sponsors and employers, to the graduates during their studies. 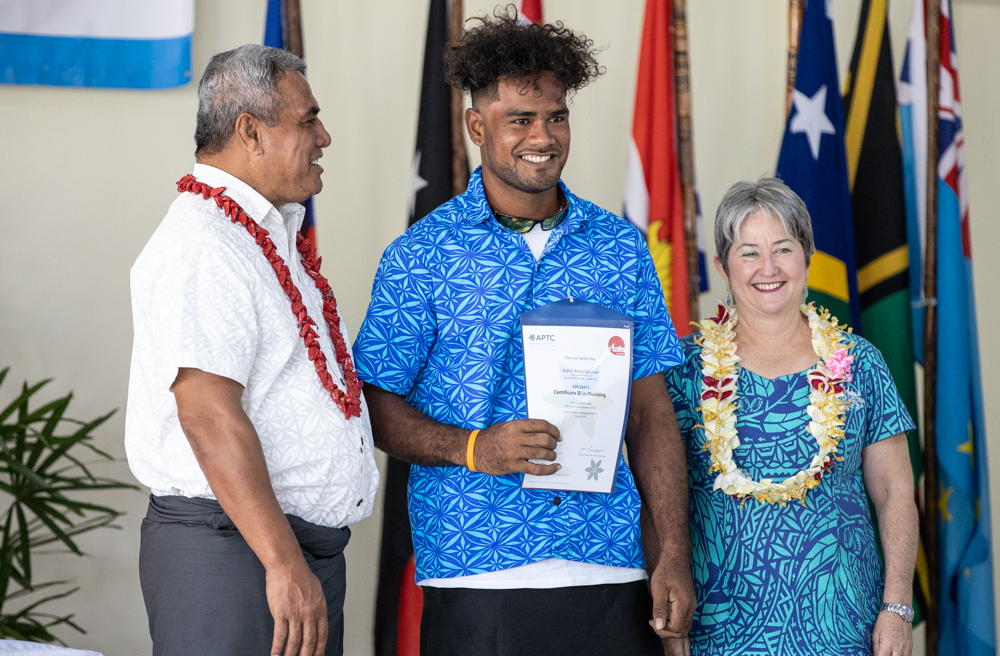 “I am very pleased to note that 22 of the 40 graduates are women. In my view, it is the economic empowerment of women through education and employment that should be recognized as a most effective way of combating the curse of domestic violence.

“As other people such as husbands and relatives come to depend on the money and other resources provided by the educated and gainfully employed women, the outcome must be respect and greater and consideration of that woman’s welfare and well-being, thereby offering a powerful and effective counter to the urge to resort to violence.”

The Minister of Education, Sports and Culture also added that the ultimate aim however is a complete change in mindset which would lead to end of domestic violence regardless.

“A.P.T.C. has trained over 1,700 Samoans, 47 per cent of whom are women, and over 14,000 people from the Pacific island countries in various technical fields, since the A.P.T.C. operations in the Pacific were first launched in Samoa 2007. 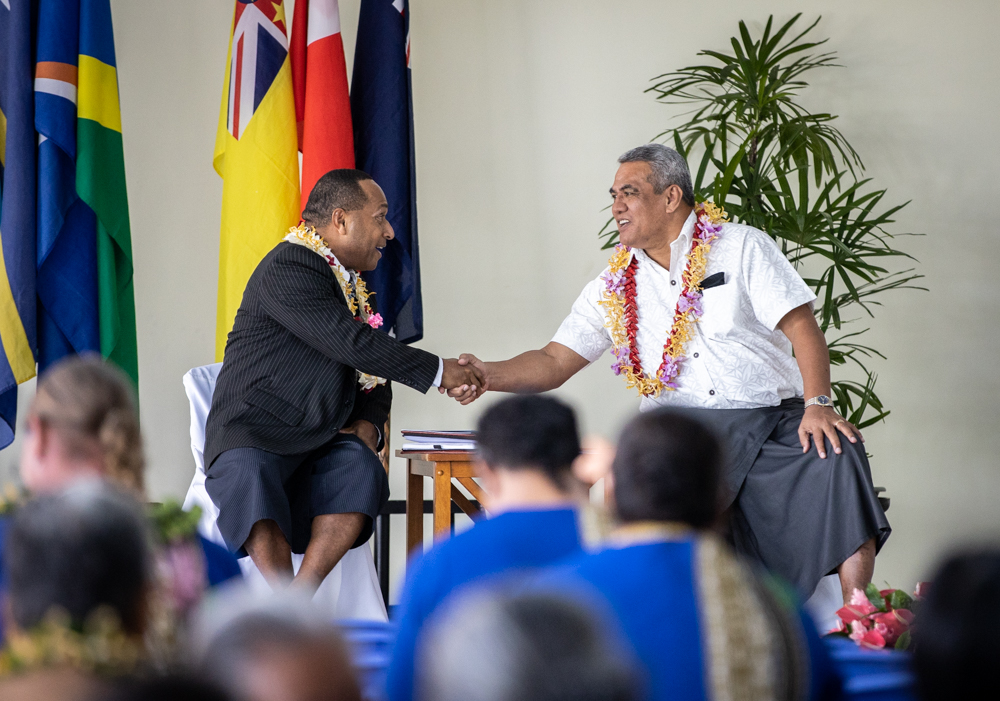 “Qualifications obtained through study at an A.P.T.C. center in Samoa, Fiji, Vanuatu are Australian qualifications which have major positive implications for A.P.T.C. graduates, in terms of opening up employment opportunities in Samoa and the other Pacific Island countries, as well as Australia.

“Your Australian qualification is valuable asset because it is a qualification which is recognized and accepted by government authorities and employers internationally.” 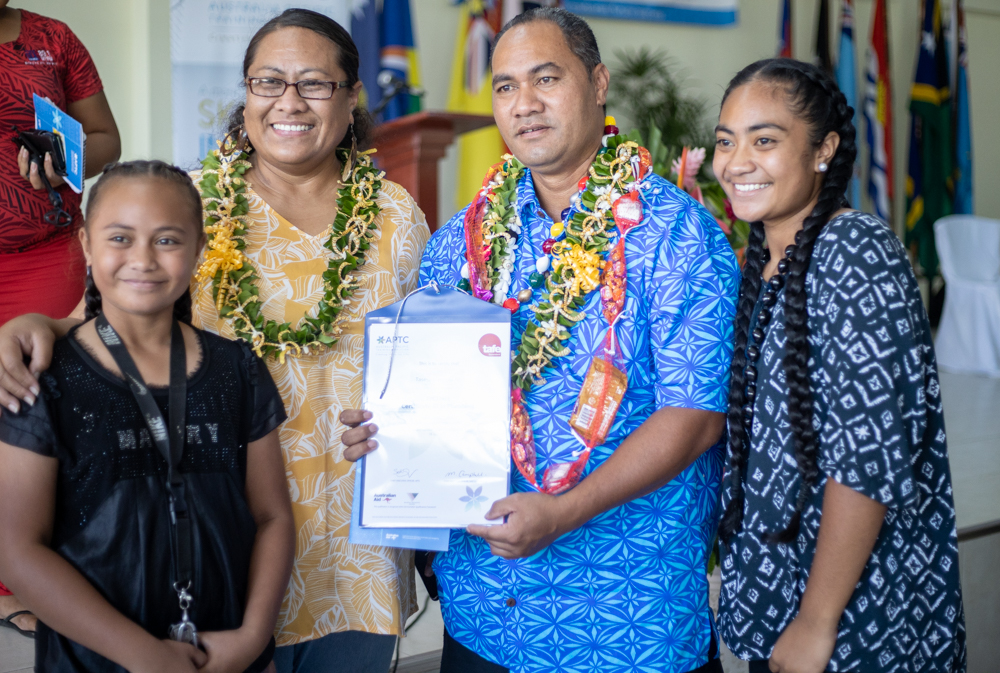 “Samoa and the Pacific countries have been enjoying the benefits of A.P.T.C.’s work in the Pacific, and they will continue to do so in future years.

“I express my sincere gratitude to the government of Australia for its vision in establishing A.P.T.C. in our island nations, and for continuing to maintain and support this successful and progressive educational institution.”

He also commended the teaching staff, management, and all those who have contributed to the success of A.P.T.C. in Samoa, and for continuing to maintain and support this successful and progressive educational institution.