Manu Samoa midfielder, Kieron Fonotia, and halfback, Dwayne Polataivao, are prepared to fight for their places in the team.

Fonotia, 31, whose Samoan roots are in the village of Manunu, missed out on selection against both the New Zealand Heartland XV and the Wallabies, so hasn’t played since the final Pacific Nations Cup match on the 10th of August.

“There’s a lot of competition in the backs at the moment, so you’ve just gotta take it week by week, and try to train well and do as much as you can when you can," he told the Observer Sports.

“Whenever there’s competitive stuff at training with people in the same positions, you just try to put your best foot forward.”

The midfielder plays for the Welsh club Scarlets, after growing up in Christchurch and playing for the Crusaders from 2014 to 2016.

Fonotia watched on from afar as his hometown was subjected to a horrific white-supremacist attack in March.

“Shocking seeing that sort of stuff, especially places that you just go every single day as well, just down the main road.”

He said it was a pretty scary thing to see over the internet, and Christchurch deserves a break with the tough decade it has had.

Fonotia is enjoying his time in Japan, although the team hasn’t had a chance to get around much as yet:

“We stayed at a nice golf course that I was hoping to get on but didn’t have enough time.” 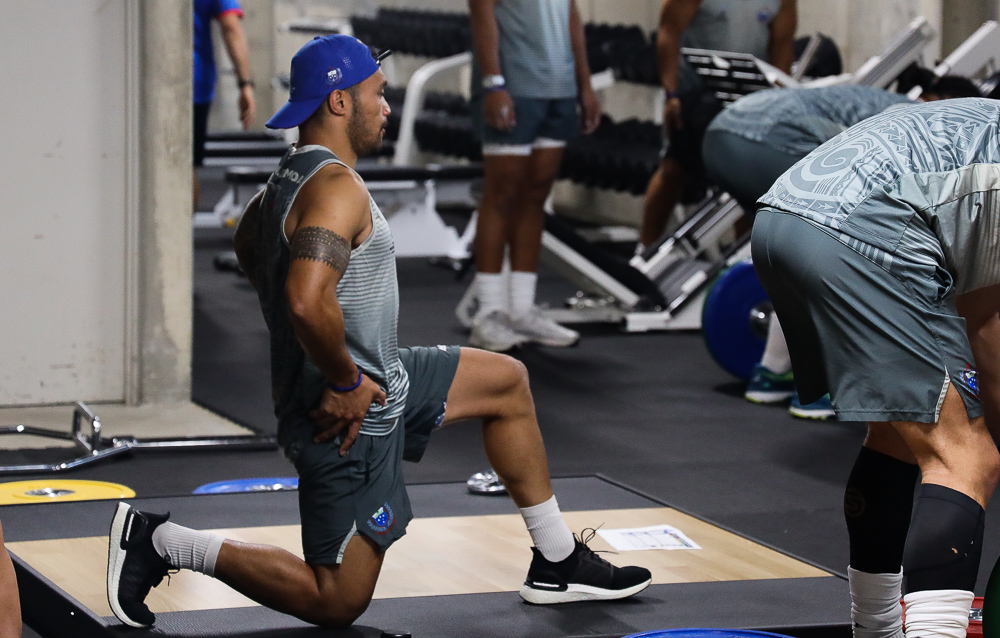 Dwayne Polataivao, 29, will battle for halfback minutes at the World Cup with Melani Matavao and Pele Cowley.

He said there is a healthy competition between the trio:

“We’re all feeding off each other, critiquing our skills and stuff like that.”

Polataivao, who is from the villages of Sasina, Safotu, Nofoali’i and Safata, recently finished up a contract at the Doncaster club in England.

He’ll be looking for a new job after the World Cup, but said the best way to influence that is to focus on playing well for Samoa in Japan:

“You have to try perform the best you can, and God willing everything will take care of itself.”