Manu Samoa lock Senio Toleafoa has greatly enjoyed his time in Japan so far, and is trying to maximise his experience in the World Cup host nation.

“Maybe one day in the future I’ll be playing my rugby in Japan.”

The 26-year-old from the villages of Fasitoo-tai, Vaipuna, Leulumoega and Nofali’i currently plays for French club Nevers in the Pro D2 league.

A former Samoa and Australia Under 20 player, Toleafoa made his full international debut against Tonga at Apia Park during the Pacific Nations Cup, playing two further test matches since.

He said the team are feeling good, and building momentum the longer they are together: 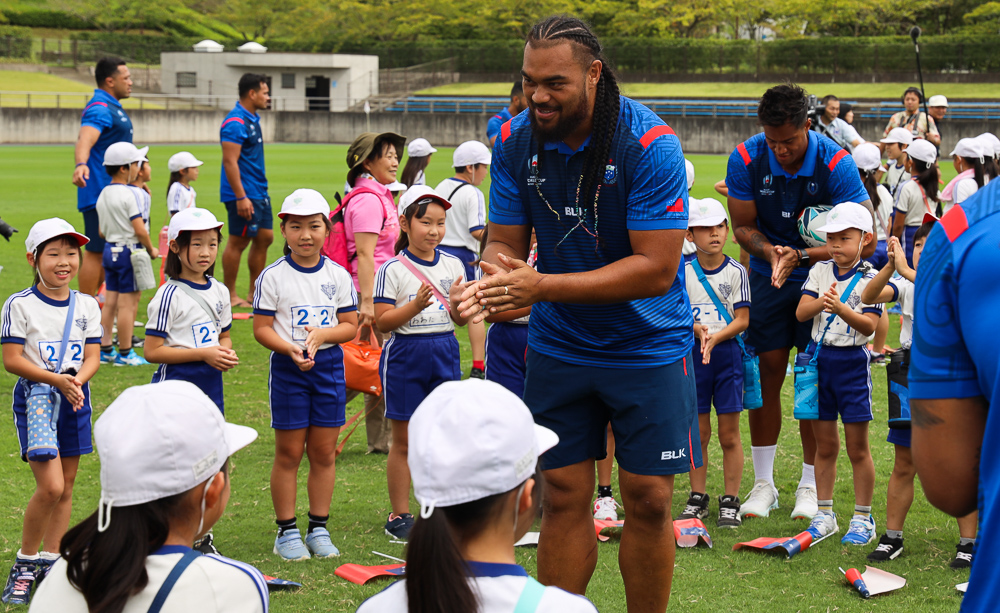 The team travelled to Yamagata on Sunday for the start of their official Rugby World Cup camp, having stayed in Iwaki for the previous five days.

“Thank you to Iwaki for hosting us, we really appreciate it,” Toleafoa said.

He said they and all the people of Japan have been wonderful hosts:

“We can’t ask for anything more, it’s just been amazing so far and looking forward to what’s to come as well.”

The Manu Samoa were previously in Australia for a week leading up to the Wallabies test on September 7th.

Toleafoa was born in Westmead, NSW, not far from where the test was played at Bankwest Stadium in Sydney.

While he wasn’t picked in the 23 to play against the Wallabies, the big lock said it was an enjoyable week spent with family:

“It was good to be back home.

“Obviously we didn’t have much time, just a week and I had to work around training and stuff like that.”