The National Senior Football League competition 2019 kicked off on Saturday at the Football Federation Samoa (F.F.S) Tuanaimato Complex with wins for Lotopa and Vaiusu and two draws.

The event's keynote speech was delivered by the Prime Minister and F.F.S patron, Tuilaepa Dr. Sailele Malielegaoi who issued a challenge to the country's national top footballers to pull their socks up in international matches.

In his speech Tuilaepa reminisced about the early days of the game in Samoa when some 30 years ago, the Government of Samoa first gave the land currently used for the playing fields to F.F.S officials. 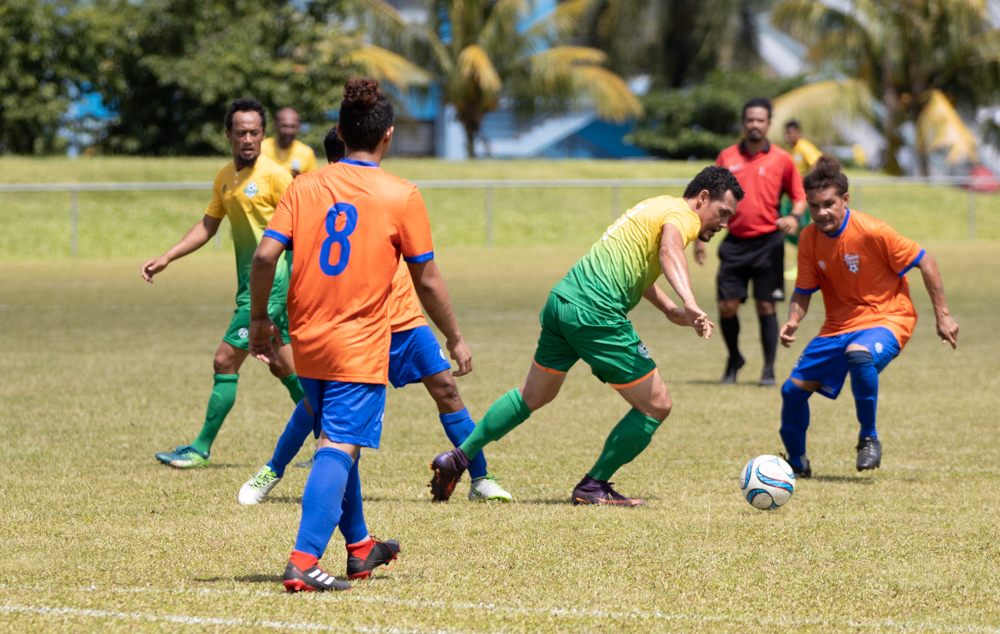 “There is no other sport that [has] great facilities in Samoa [aside] from football. However, it’s been 30 years and we haven’t received any positive results from international matches against countries like [Papua New Guinea] and other Melanesian islands,” he said.

“Despite my busy schedule, I made myself available for this event, just to make sure I speak and challenge you all this morning to make use of this great facilities. I challenge the President and Board to work on the development to formulate good results on international tournaments. On this note I declare the official opening of the 2019 National Senior Football League competition.”

This League is the main annual tournament of the year; it is run by F.F.S and runs three divisions. The Men's Premier, Women's Premier and the Men's First Division. It’s scheduled to run for 14 weeks and all participating teams are registered football clubs in Upolu.

The winner from the Men’s Premier will represent Samoa in the forthcoming Oceania Football Champions League tournament, which makes the event a major priority for all the country's established soccer clubs.

F.F.S provides assistance to all participating teams through the provision of two new sets of uniforms for both Men's and Women's divisions.

For this year’s tournament, a total of 16 teams and clubs are registered to compete.

The results for Saturday's matches are as follows: