A Toyota Land Cruiser truck flipped over a bend at Tanumalala on Saturday morning but luckily left the vehicle occupants escaping serious injury.

The Assistant Commissioner of the Samoa Fire and Emergency Services Authority (F.E.S.A.), Tanuvasa Petono Mauga, said members of the public were the the first to react to the crash and took one of the victims to the hospital.

By the time the first responders got to the crash site, two victims were left at the scene, he said.

The car might have flipped over a couple of times, Tanuvasa said.

A hospital spokesperson said on Saturday that three men in their 20s and 30s were involved in the crash and they were discharged and in a "stable" condition late on Saturday. 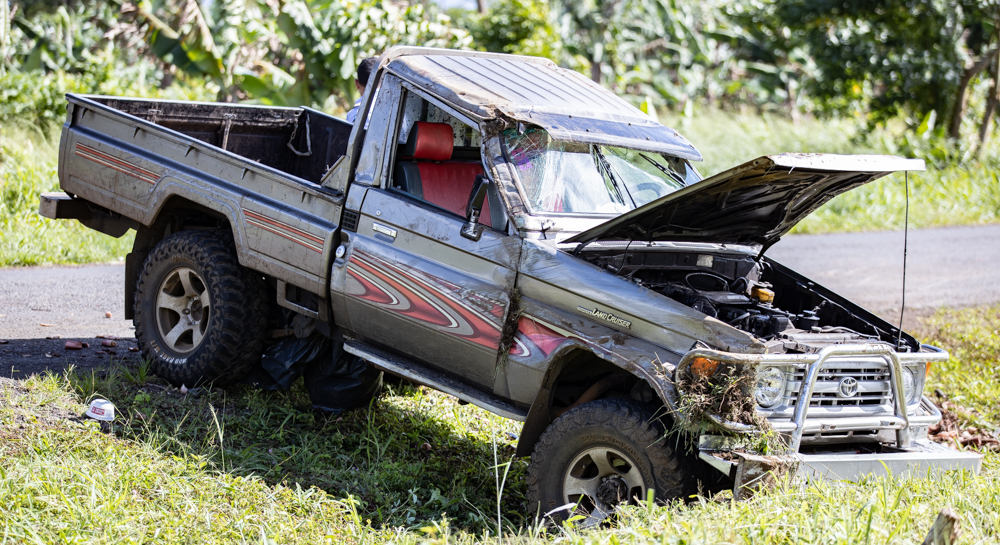 "Two were transported by the ambulance," Tanuvasa said.

“When we go there, the public have already brought the others to the hospital but we managed to dispatch two ambulances that responded to the scene.

“Police were there as well."

The Assistant Commissioner said it appeared unlikely that alcohol was a contributing factor to the crash.

“[Not] at this stage because it looks like the group were heading to the market so it seems like they started way early in the morning or something like that," he said.

"But [it's] unlikely alcohol."

The car had already been flipped over and skid marks were visible on the road when the Samoa Observer suggesting the driver had lost control of his vehicle at the bend in the road.