Magele Etuati Ropeti, the Assistant C.E.O. of the Fisheries Division in the midst of the delegations touring them around. (Photo: Aufai Areta Areta)

Some of the giant clams such as those found in Samoa's sanctuaries can fetch prices as high as USD$1,000 overseas.

Magele Etuati Ropeti, the Assistant C.E.O. of the Fisheries Ministry revealed the growing demand for mature giant clams as an example of the future potential of Samoan aquaculture on a tour of the Marine Multispecies Hatchery Toloa at Faleolo yesterday.

“The decline in coastal fisheries resources prompted the need for effective management and conservation of fisheries resources with promotion of aquaculture as an alternative for sea-food production,” he said, while leading a delegation of Ministers and officials from African, Caribbean and Pacific (A.C.P.) member states.

The clams in the hatchery are not sold and are reserved instead for community use and reef restocking.

But the facility was opened in 2014 with the intention of enabling the Government to conduct trials into spawning and research for the development of marine and freshwater commodities and local aquaculture.

“These juveniles are mostly distributed in support of the community-based fisheries management programme and are grown in fish reserve areas with the intention of enhancing local populations,” he said.

“The maturity period for giant clams is around 25-30 years. And some of the giant clams in [this] hatchery are 20 years old.

“These juveniles are mostly distributed in support of the community-based fisheries management programme and are grown in fish reserve areas with the intention of enhancing local populations. The maturity period for giant clams is around 25-30 years. And some of the giant clams in [this] hatchery are 20 years old." 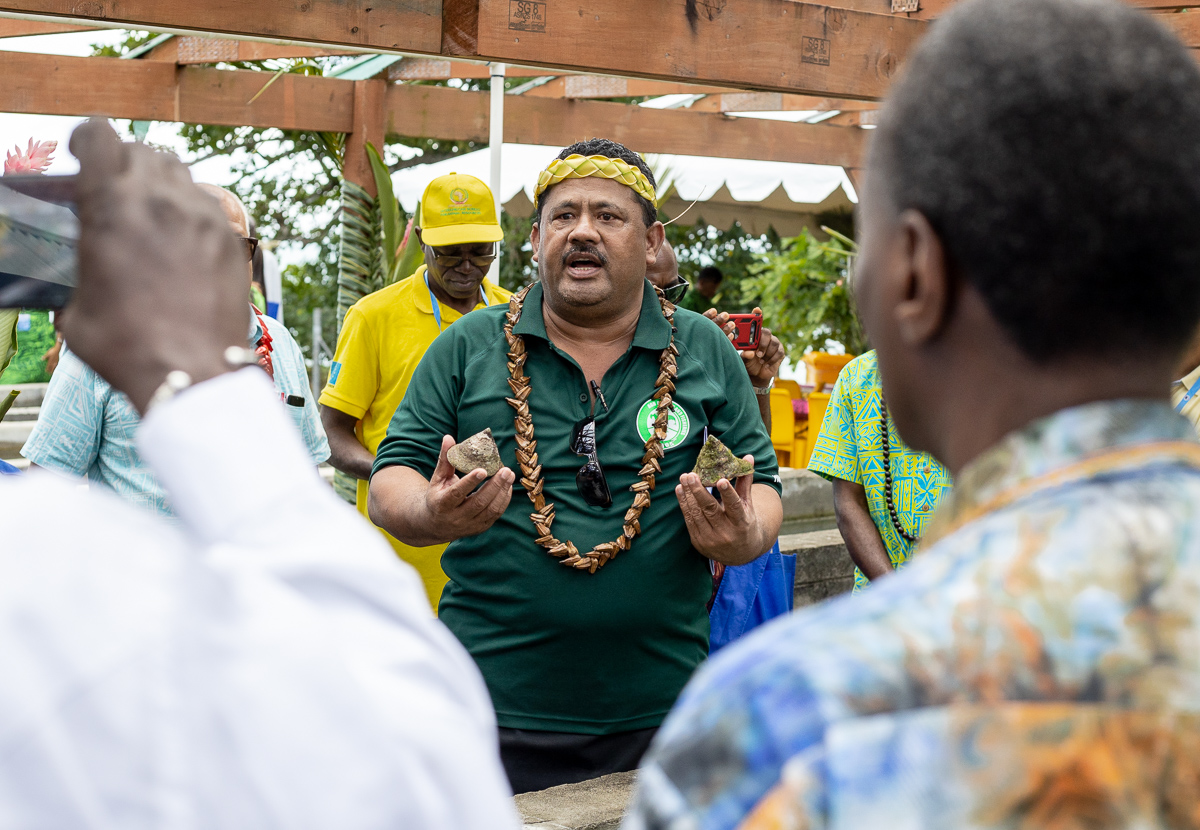 Magele said that Samoa’s aquaculture sector has been growing significantly in the past few years.

Delegations from more than 55 member states are in Samoa to attend the 6th Meeting of the A.C.P. which concluded on Friday. 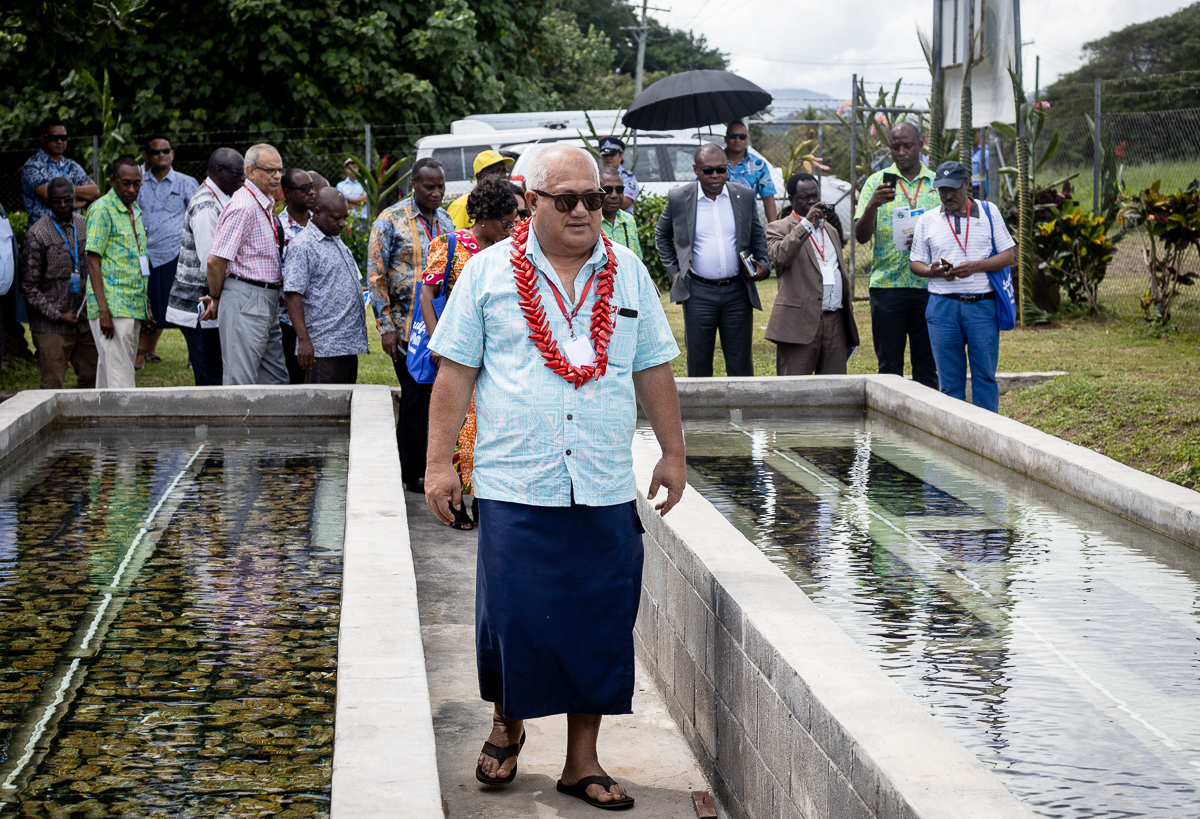 “In response to local communities’ management initiatives, stock enhancement and restocking programmes for selected commodities was established thus the construction of the marine multispecies aquaculture facility," he said.

Magele said that the construction, equipment and the facility were built through partnership between the Samoan Government and development partners namely the Government of Japan and the Agriculture and Fisheries Cyclone Response Project under the Global Food Crisis Response Programme by the World Bank.

“The hatchery was fully operational in 2014 with trials of seaweed culture and giant clam (T.derasa) spawning and rearing.”

To date, an estimated 30,000 juveniles of giant clams has been produced with a maximum potential production of 50,000 juveniles annually, he told the delegation. 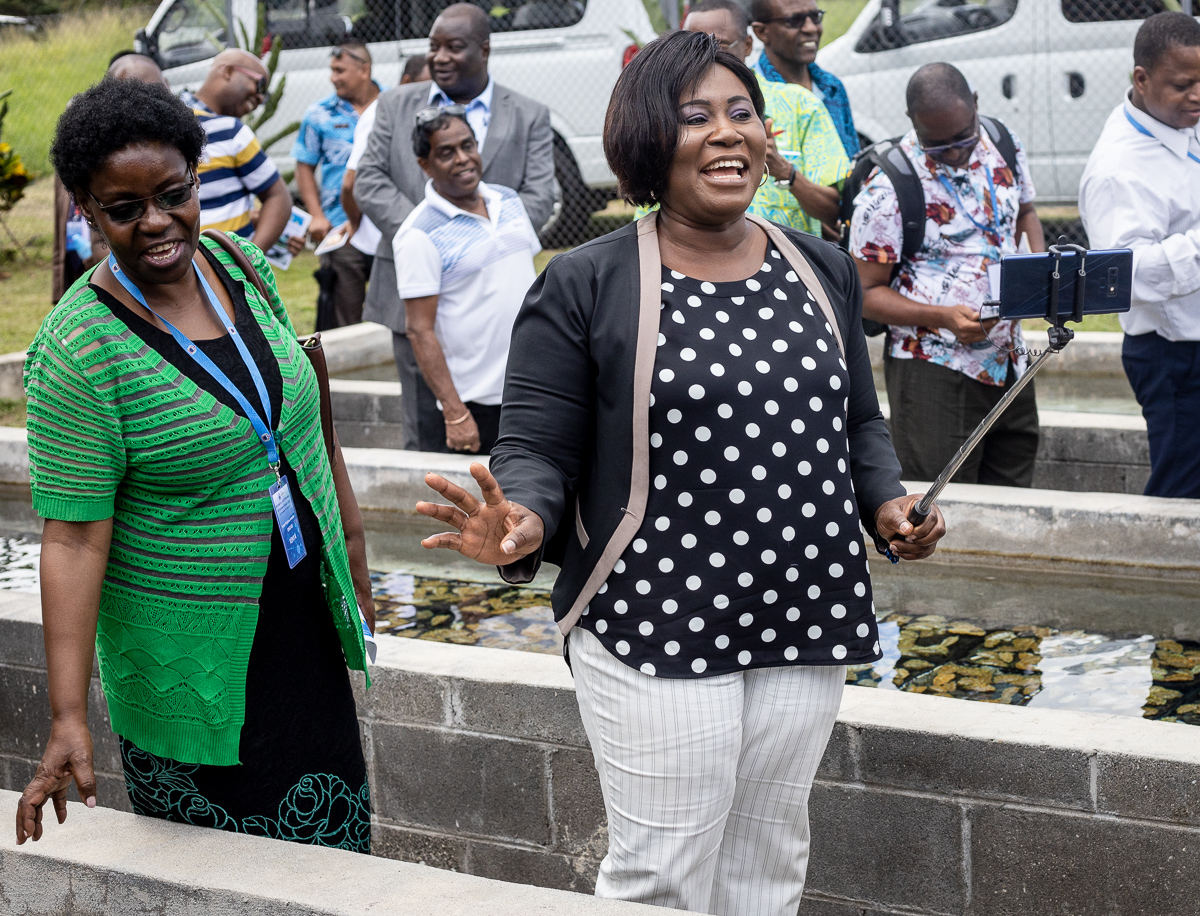 “These are becoming popular as promoting non-extractive use of resources and supporting eco-tourism activities in some communities,” he said. 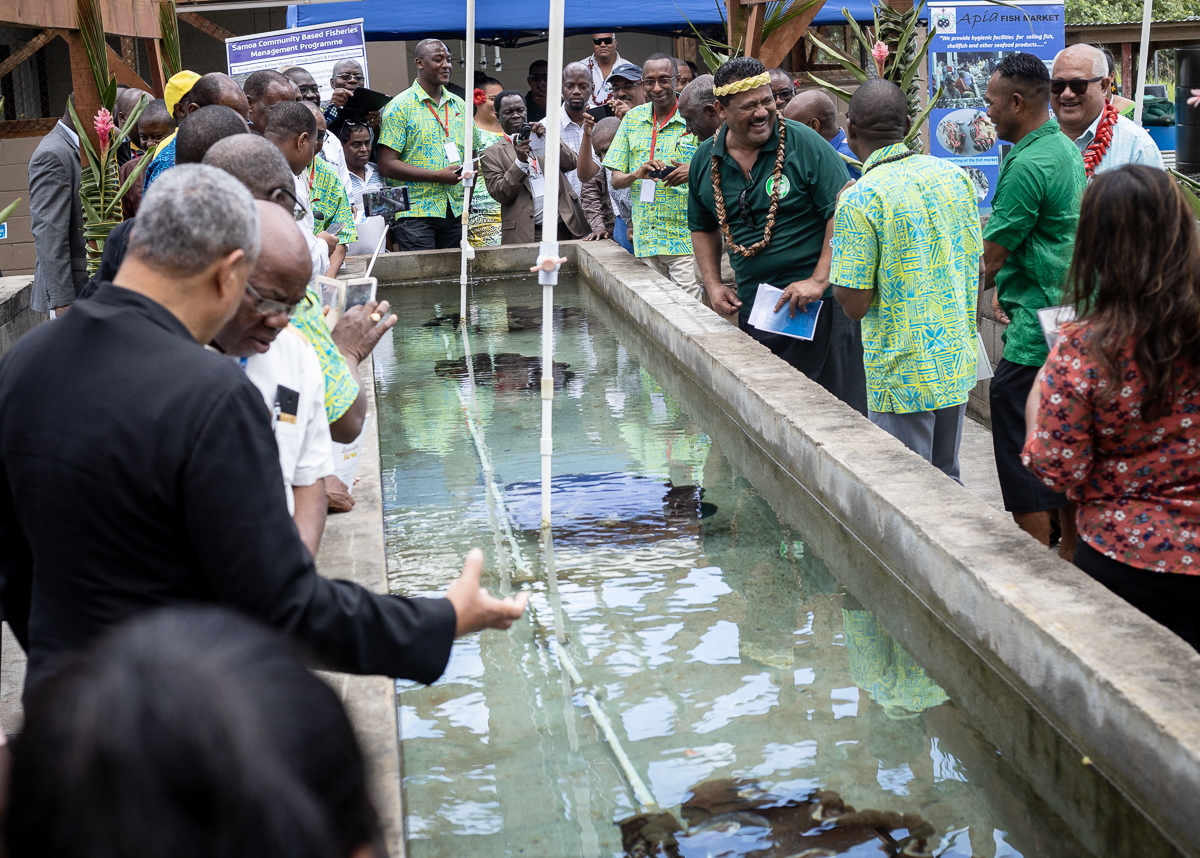 “ There are five of the nine giant clam species that are present in Samoa. These are the true giant clam (T.gigas), the smooth shell (T.derasa), flutted clam (T.squamosa), small giant clam (T.maxima – known as native to Samoa) and T.noae.

“Three species, T.gigas, T.derasa and T.squamosa were introduced from around the Pacific Islands (Palau, Micronesia, Tonga and Fiji) early 1988-2007.”