Man alleged to have fled Samoa under false identity sent back

Ropeti Sione, who is alleged to have fled Samoa under a false passport, arrives on a flight from Sydney on Friday morning. (Photo: Aufai Areta Areta)

A man who immigration authorities allege "knowingly faked" his identity, to obtain a passport under a false name so he could flee the country, has been sent back from Australia.

Ropeti Sione arrived on a Samoa Airways flight from Sydney on Friday morning. He was escorted through Faleolo International Airport  by Police and taken to the Police Headquarters at Apia.

The Police Commissioner,  Fuiavailiili Egon Keil, confirmed that Police are currently investigating a deportee who arrived last week regarding a passport issue.

Mr. Sione left Samoa in 2017. Documents show that he was the subject of a Departure Prohibition Order because of overdue child support payments. 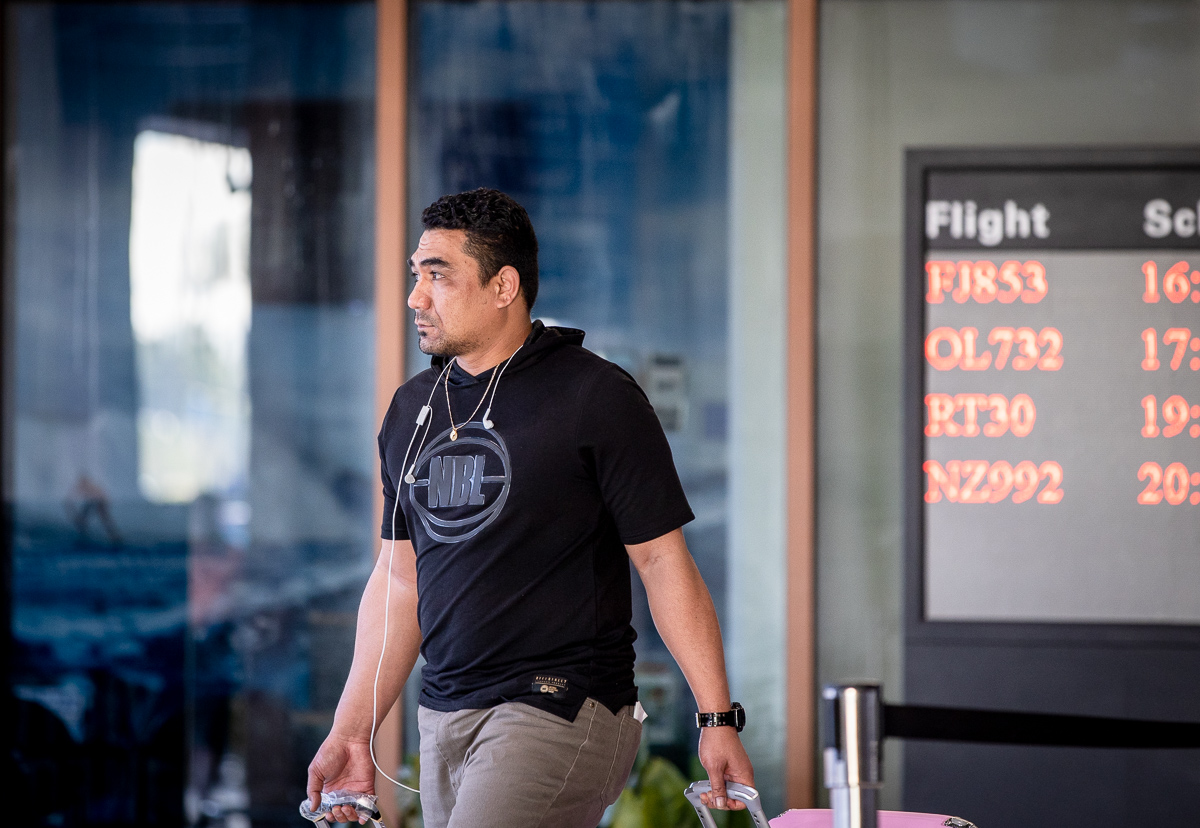 The Chief Executive Officer of Samoa Immigration, Agafili Shem Leo, says authorities believe left the country after registering a passport with his photo but in the name of his brother. The identity in question is understood to be that of his half-brother, Ioane Felise.

"This individual had knowingly faked his identity and managed to leave the country," Agafili told this newspaper at the time.

“He was able to leave the country in 2017 on this passport."

Court documents show that Mr. Sione was brought before a Savai'i court in 2016 for overdue child support payments and was sent to jail the following year after overdue payments reached $900 tala.

He was released from jail on the condition he used his freedom to work and repay the child maintenance payments.

But Mr. Sione soon left for Australia without repaying the arrears.

An investigation into the matter was launched by Samoa Immigration which discovered that Mr. Sione's application went through the formal passport application process but was not flagged as inaccurate, Agafili said.

“When discovered, the Samoa Immigration immediately communicated through the Pacific Immigration Development Community (P.I.D.C.) for urgent assistance and the matter was subsequently brought to the attention of Australian Authorities," he said.

Agafili had said that Mr. Sione will face charges under the Immigration Act upon return to Samoa.

But Police did not provide comment about whether Mr. Sione remained in custody over the weekend or if they intended to press charges.

Mr. Ropeti could not be reached for comment while in detention on Friday; several attempts to make contact via social media have not been answered.

A mother-of-three, Alasa Ropeti, had previously criticised immigration authorities allowed her husband to register a passport under a false name.

Alasa Ropeti, a mother-of-three who says she remains legally married to Mr. Ropeti, has raised questions about immigration authorities' response time to the case. She says she and her children - a nine-year-old boy, eight-year-old girl and a six-year-old boy - facing financial hardship and living off home-grown produce.