The Manu Samoa spent their third day in camp at Iwaki, Fukushima on Thursday, following their arrival in Japan on Tuesday night.

Immediately upon arrival they were hosted at a welcoming ceremony by Samoa Rugby Union sponsor Morrison & Foerster.

Samoan Ambassador to Japan Fa’alavaau Perina J. Sila-Tualaulelei was invited to speak on behalf of the local Samoan community.

She expressed her gratitude to Morrison & Foerster for their investment, which will go toward the Rugby World Cup campaign as well as wider Samoa Rugby Union operations, including the Manu Samoa 7s potential road to the Tokyo Olympics in 2020.

“Rugby unions of small island countries continue to face a multitude of challenges especially player pool and financial support, so tonight we collectively thank you all for recognising and sharing Samoa’s determination to do well on the international stage,” Fa’alavaau said.

The Manu stayed the night at their new home in Iwaki; the Onahama Ocean Hotel and Golf Club, which has been paid for by the City of Iwaki in reciprocation for Samoa's donation of money to Fukushima after the Great East Japan Earthquake and Tsunami of 2011 which devastated the area.

Thus day two in Japan included a courtesy visit to the Mayor Toshio Shimizu’s office for the Manu Samoa to thank the City for their generosity. 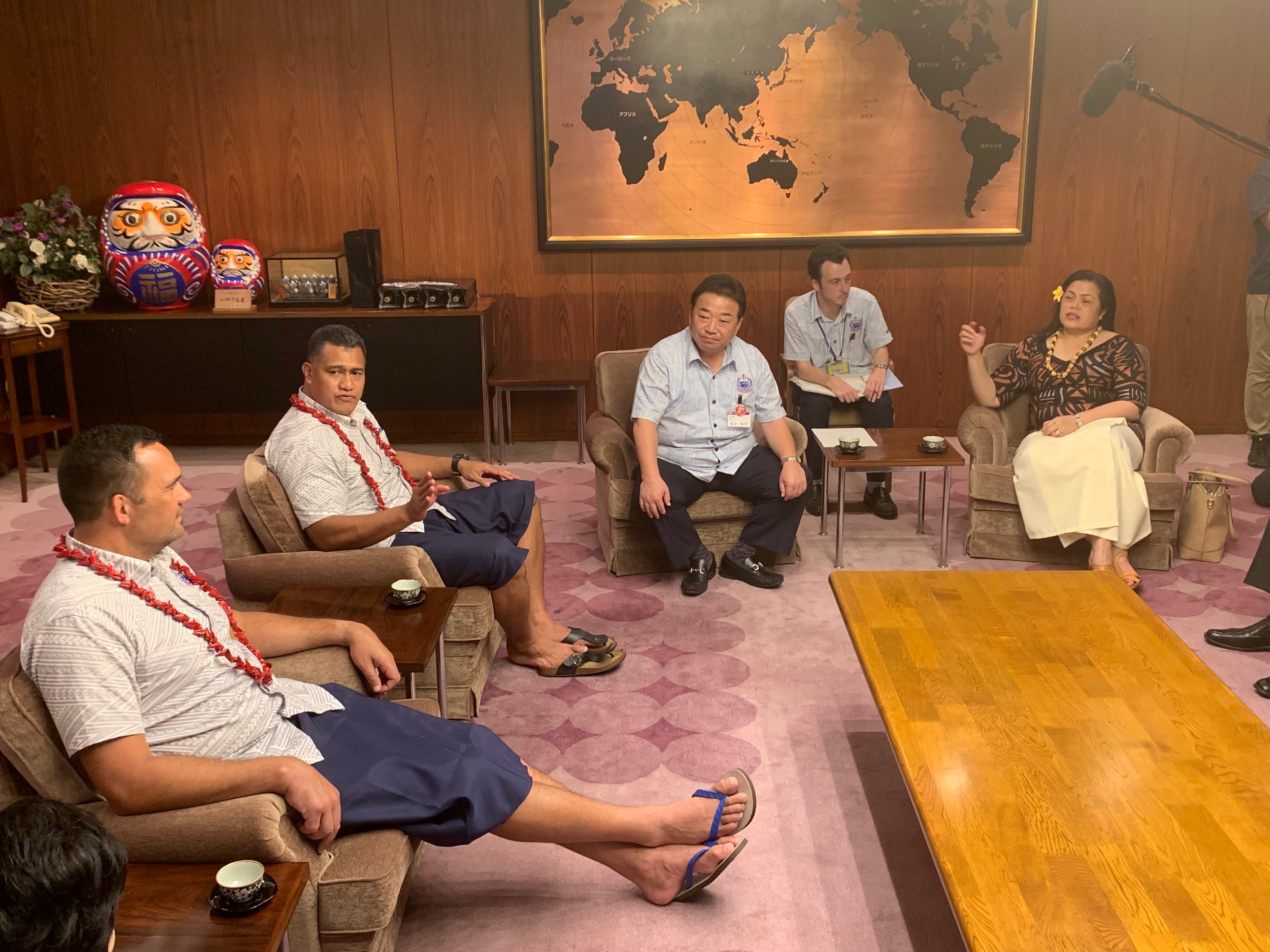 “I wish Samoa were allowed to vote so you could be Mayor forever,” said Manu team manager Vaaelua Aloi Alesana.

He said Samoa’s official World Rugby camp prior to the World Cup in Yamagata doesn’t start until the 15th of September, so the team are very thankful for the extra time:

“We’re using these four days to acclimatise to the weather here.

“So grateful that Iwaki has opened up doors, and their hearts to have us here.” 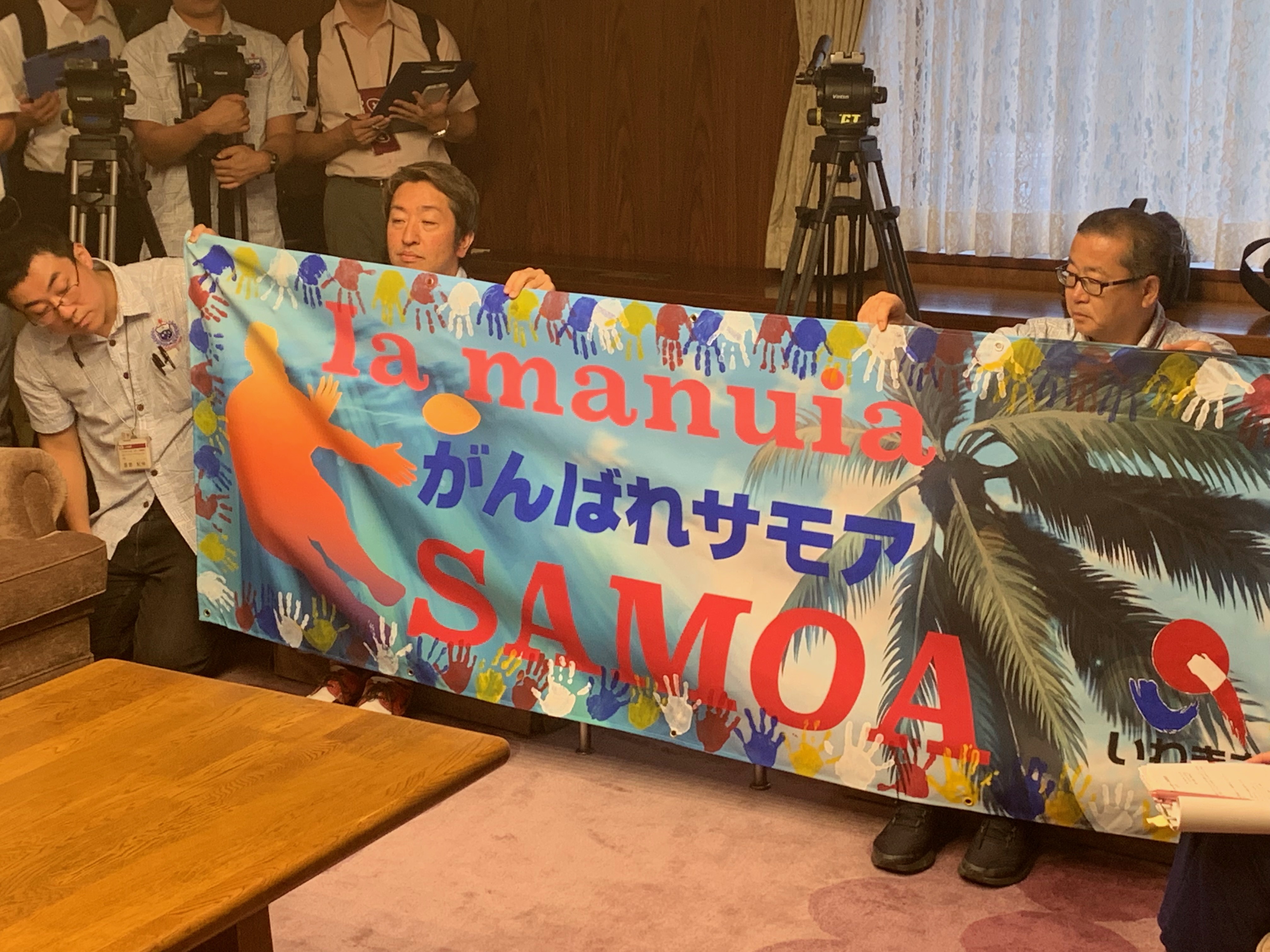 The Manu were also hosted by Iwaki Football Club for lunch, where they had their first training session since arriving Japan as well.

The City of Iwaki put on dinner for the Manu at Spa Resort Hawaiians, where the Mayor announced his city were paying for 50 citizens to go to Samoa’s first Rugby World Cup game against Russia on September 24th in Kumagaya. 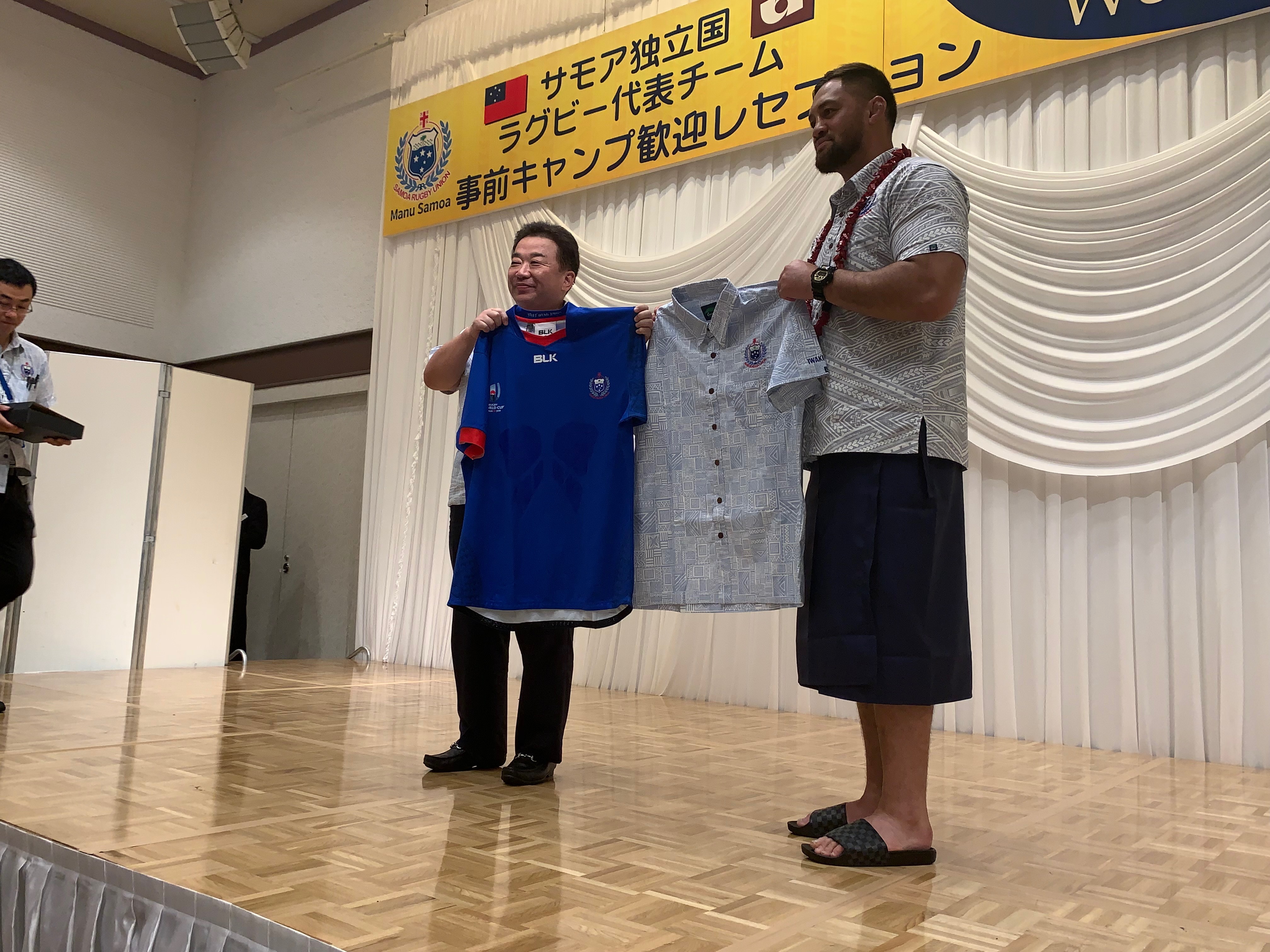 Mayor Toshio Shimuzu himself will be attending Samoa’s match with Japan on October 5th in Toyota, and said given his city’s close relationship with Samoa he will be supporting both teams. 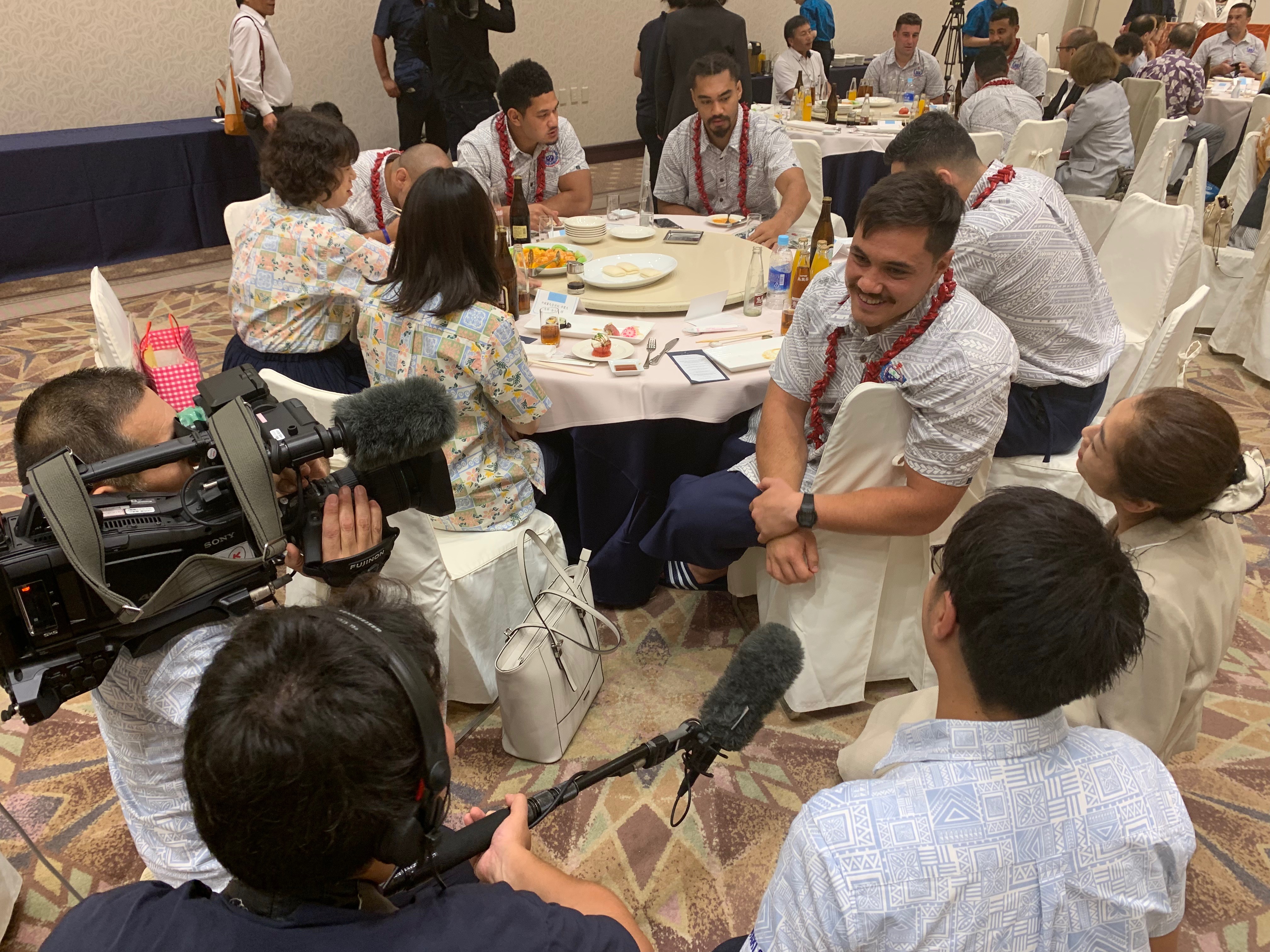 The Manu opened their second day in Iwaki with a trip to the 500-year-old Kotohira Shrine, which halfback Dwayne Polataivao said was awesome:

“Because we go to church, so it was really cool to see where other people go to pray."

They then visited Meitokukan Pre-School, and were treated to performances by children there, which loose forward Josh Tyrell said he really, really enjoyed:

“I loved how those kids embraced our culture and put on those performances for us."

“We hope one of these young kids could become rugby players one day inspired by Manu Samoa’s visit,” said team manager Vaaelua Aloi Alesana.
“You never know, in future Iwaki might have a rugby team that make it to the top Japanese league, just because Manu Samoa was here.”

They had another training session at Iwaki Green Field, before a free afternoon.