Shark takes a chunk out of fibreglass canoe at Lauli’i

Siala Lova with his broken va'a after meeting a shark off the coast of Lauli'i (Photo: Vaitogi Asuisui Matafeo)

While out paddling on a Saturday afternoon, Siala Lova found himself suddenly without a tail to his va’a. He felt his V1 begin to sink.

Mr. Lova and his paddling teammates, Elton Petersen and Mao Onesemo had paddled about 10 kilometres from the reef off the coast of Lauli’i.

They caught a wave and began surfing down when they heard a loud bang, and Mr. Onesomo watched a large splash behind Mr. Lova’s va’a.

“I was surprised," Mr. Lova told the Samoa Observer.

"Even Mao, who was 100 metres away from me and he heard it as well, it was loud.

“I thought it was my ‘iato (boom) that got broken and then I realised that the back of my boat started sinking.

“Mao was at the back and he saw the splash from the back of the boat and that’s when I realised it was a shark.”

The encounter was over as quickly as it began, with the shark disappearing back into the blue, probably with a sore jaw from the fibreglass.

Based on photos of the broken va’a, Dr. Mark Meekan the Senior Principal Research Scientist of the Australian Institute of Marine Science confirmed it was a shark that bit the boat, but could not determine what kind. 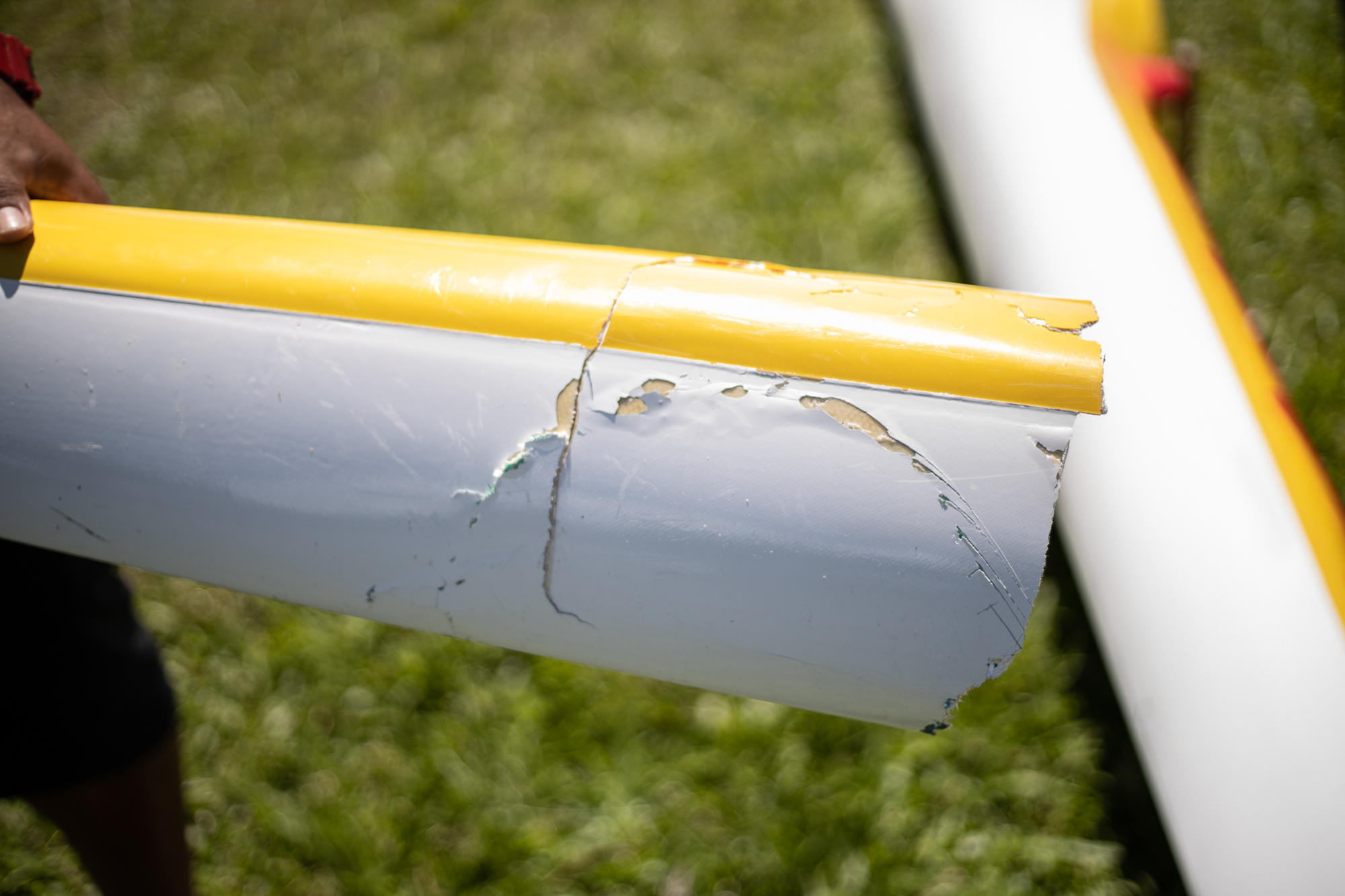 The paddlers acted quickly to get back to shore. Mr. Onesemo unrigged the chomped va’a and began his journey back to shore, headed for Taumeasina.

Mr. Lova clung onto Mr. Petersen’s boat and tried to keep himself afloat while his friend did the work of paddling them to safety.

None of them were injured, and they acted quickly to recover the broken canoe and get everyone to shore safely.

“Everyone was calm," Mr. Lova said.

“Things like that happen, but to make sure you stay alive, stay calm and don’t panic."

A paddling trip from Lauli’i to Taumeasina should take between 30-40 minutes, by Mr. Lova’s estimation. It took them 120 minutes instead.

Long paddling trips are a walk in the park for the three men, usually. They had set out from Mulinu’u around 2pm, expecting a fairly regular hour or two on the water before returning. They had a wedding to attend that night.

And while they did not expect a shark encounter, they were experienced enough to know it was on the cards.

“Every sport has their consequences so probably for paddling that’s one,” Mr. Lova said.

“But whenever you go outside the reef make sure you take a buddy. Make sure you go with someone if you’re going outside, for safety.”

Mr. Lova also recommended paddling with a lifejacket, but admitted they did not.

“You never know what might happen, well we have seen what happened ourselves.

“It’s a lesson learned for us as well.” 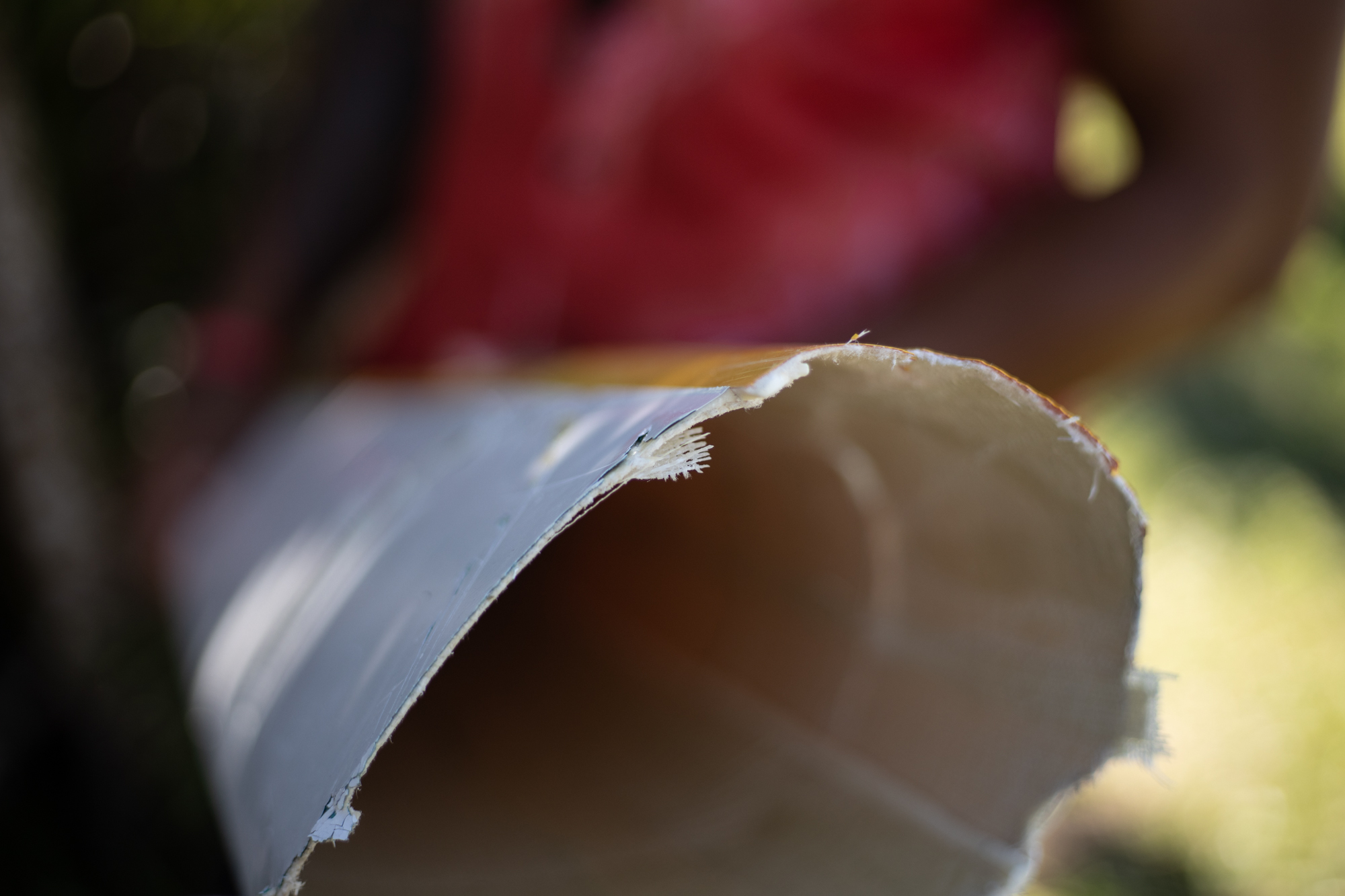 Last year, another paddler, Andrew Wheatley, encountered a shark too while sailing a surf ski, which is like a va’a but has a rudder.

The experience has not deterred him from jumping back in the sea, and he said it shouldn’t stop anyone either.

“They are not there to attack; they’re not interested in us,” he said at the time.

“When they bite it’s because their using their sense, which is biting because they can’t see".

Sharks have relatively poor eyesight, and as they rise to the surface to fish their prey is silhouetted by the sun, leaving room for error with confusingly shaped vessels, said Mr. Wheatley.

“The rudders on our boats flick like a fish… the conditions lined up where that’s basically what I looked like," he said.

“He’s probably thinking tuna, or something big, and he got a mouthful of fibreglass instead. He would have spat that out pretty quick.”

A suspended police officer was discharged without conviction for presenting a warrant of fitness sticker that was not his to another police officer to use as his vehicle registration.