“You just have to train hard during the week, make sure that you do everything right, and show to the coaches that you want to start and you want to be there,” Tuatagaloa said. (Photo: Aufa'i Areta Areta)
Rugby union
Manu Samoa
Rugby World Cup

Belgium Tuatagaloa says he was more excited than anyone to be called up to represent Manu Samoa’s Rugby World Cup campaign, and it represented the fulfilment of a lifelong dream.

“I can’t wait to put on that jersey and play that first game against Russia,” Tuatagaloa told the Samoa Observer.

The 29-year-old winger said the World Cup is as big as it gets in 15s rugby:

“Looking forward to representing Samoa on that world stage.”

Tuatagaloa said last weekend’s test against Australia was a great experience and a lot of fun:

“Good to test where you’re at against the best players in the world.”

He started on the right wing, which would indicate strongly that Tuatagaloa is in Manu head coach Vaeluaga Steve Jackson’s first-choice team for the World Cup.

“You just have to train hard during the week, make sure that you do everything right, and show to the coaches that you want to start and you want to be there,” Tuatagaloa said.

“From now on every game counts, hopefully I get to start and keep my position, my place in the team.”

The former Manu Samoa 7s flyer is playing for club contract as well, after a widely publicised departure from French club Valence Romans, who couldn’t afford to offer a new deal to a player that would miss the start of the season while at the World Cup.

But Tuatagaloa knows good things will come if he doesn’t worry about that:

“My focus now is to play for Manu Samoa, and whatever happens it happens.

“I’m just going to enjoy the occasion and try my best to play well.”

The Auckland-born Tuatagaloa had a chance to see family in the New Zealand city, from where the team flew to Japan:

“Nice to get a little bit of family love before leaving the country.” 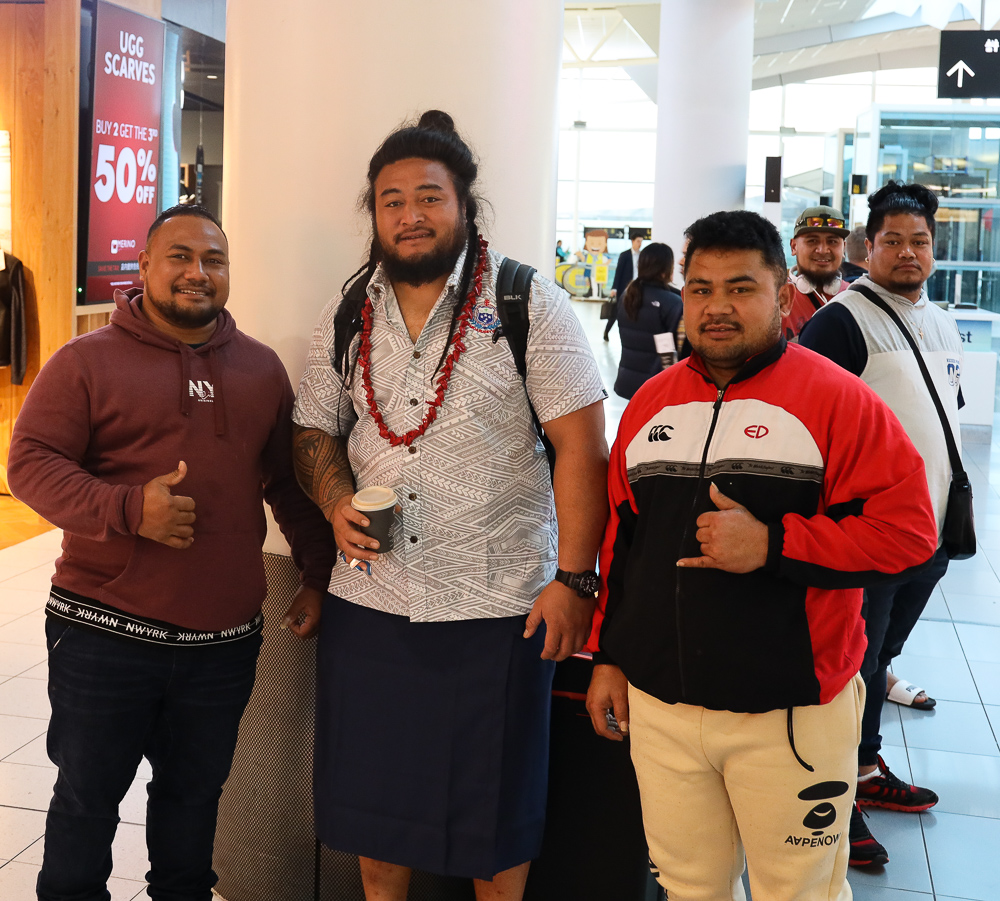 He said the Manu players thrive on that love, and that of their fans in Samoa.

“We always need the support from our country, and everyone around the world.”