During the Ministry of Education’s literacy week programme, multiple students from around Samoa learnt about a topic they seldom hear about: financial literacy.

Afega Primary School students told the Samoa Observer the session delivered by A.N.Z. Bank facilitators allowed them to think hard about what they want to be in the future.

Thirteen-year-old Siaki Alesana said he aspired to be a Manu Samoa rugby player.

"They made me think of a goal in the future, to enable you to take care of your parents in the future and your family," he said.

"Students should know how to save in case of emergencies, so that they have something to fall back to, and also budget their money when they receive it."

Rina Ulia, also of Afega Primary School, echoed those sentiments and said she wants to be a businesswoman in the future. 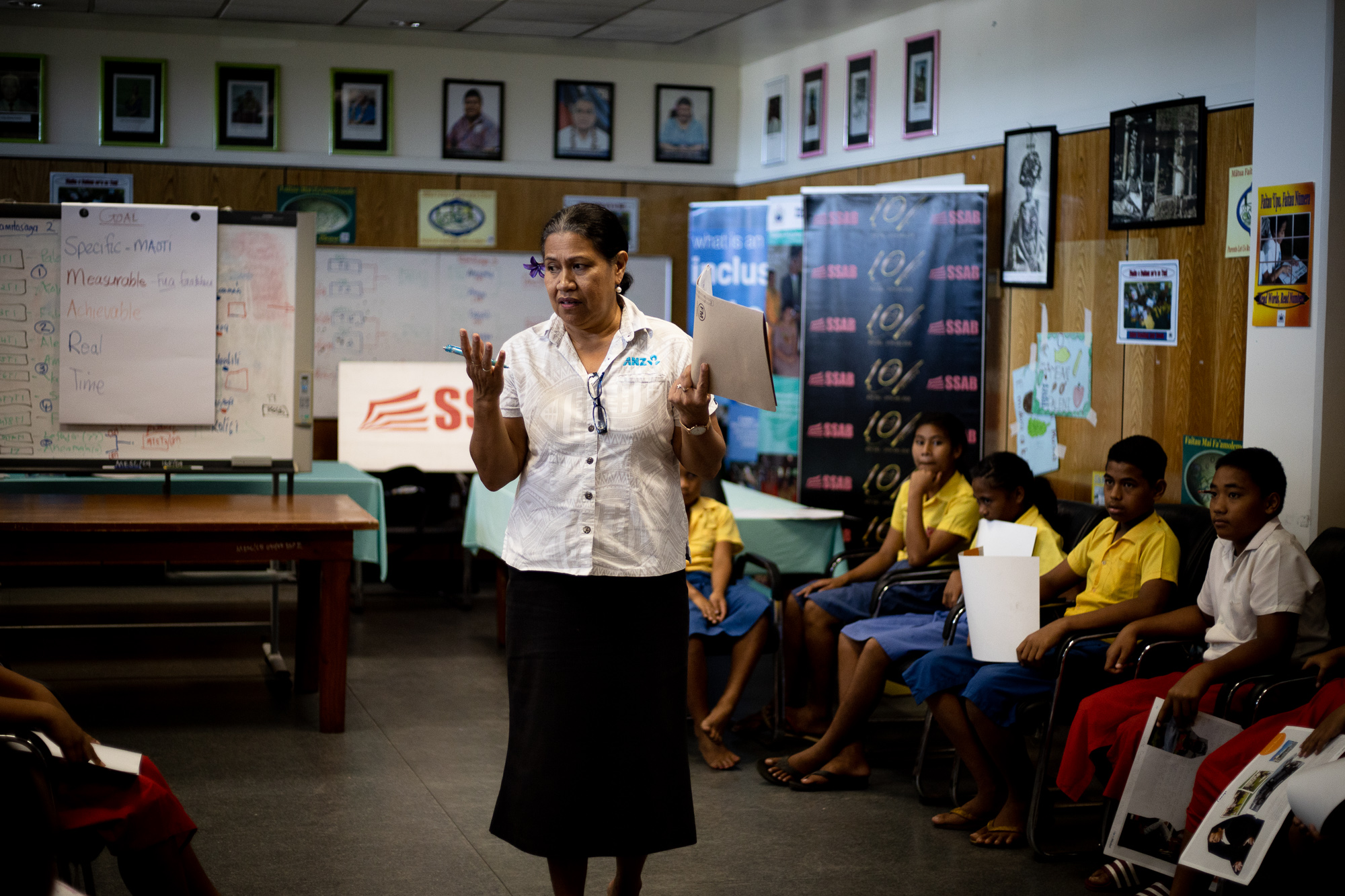 An A.N.Z. Bank representative from the Human Resource Finance and Properties Division, Fofoaivaoese To’omalatai, said they initially thought older students should be the audience for the program but changed their minds:

“But we came up with this idea and presented it to the Ministry of Education because it [is] something that is needed from the start, younger classes.

“Because we noticed that a lot of our Samoan students like our parents, they struggle to ration, like there is enough money but the budgeting and [knowledge] on how to put aside money for emergencies, is not being well presented.”

To’omalatai said the goal of the session was for the students to set goals and be able to put money aside, as a useful instrument for the future.

"Education is key," she said.

"Goals what they look to do in the future, putting money aside, not all about money but see it as a tool for them. We talk about dreams and what they want to become when they grow up."

A financial literacy session was also held for secondary students later on in the day.

Tomorrow is the last day and finals of all the competitions that have been running from the beginning of the week.