The Interim President, Vui Seigafolava Masinamua, said they intend to become a serious political force on issues such as customary land, unemployment and enfranchising overseas Samoans with voting rights.

The party hosted its official launch on Wednesday morning at the Tu'utu'uileloloto Hall. It was attended by party supporters and government officials.

Prime Minister, Tuilaepa Dr. Sa'ilele Malielegaoi, delivered a speech congratulating the party for its establishment and offered encouraging words for their leader, stressing that the job is "not easy."

S.N.D.P. interim President, Vui Seigafolava Masinamua said the Party will launch a complete policy manifesto later but for now are emphasising their role as an opposition force.

Aulavemai said the interim aim of the party at the moment is to remain humble while it fishes out potential candidates for the 2021 general election.

"Let us not be like the O.L.P. where there are a lot of opinions but they are hiding, we would rather face Tuilaepa and have a conversation," he said.

Vui said that S.N.D.P. have garnered about 200 registered members locally but nearly 500 members if overseas interests are included.

"We are not here to act or run a film, we mean business," he told Samoa Observer.

"There is no agenda for the party to promote their manifesto as there will be a time for the manifesto to be launched and also reveal those who will be running in elections.

"But today is the day to be thankful to God for the chance to use us to establish an opposition party, as we can just plan but the Lord makes it happen.

Vui said although they admire the fast pace of change set by the Prime Minister and Government, the new party thinks there was no cause for a recent amendment to the Constitution.

"Like the English saying, if it’s not damaged then don’t fix it and that’s what we shall focus on, it is the founding laws like how our fore-fathers have laid before us," he said.

"And my belief is that foundations should remain and whatever amendment needed can be made to circle and support but the foundation should never be touched, or changed."

He also touched upon the plans of the S.N.D.P. to look into the customary land issue.

Vui said the diminishing roles of the Constitution and traditional and national values and sacredness were his major concerns.

Creating more employment for "Samoa's many graduates" is also in the list of priorities of the new opposition party.

"To create employment, we can do it; if other countries can do it then we can also do it. We need to look at this generation because they are the ones the government eventually relies on," said Vui.

Enfranchising Samoans overseas with the ability to vote is also on its policy agenda.

"There shouldn't be a cost to vote for elections," said Vui. 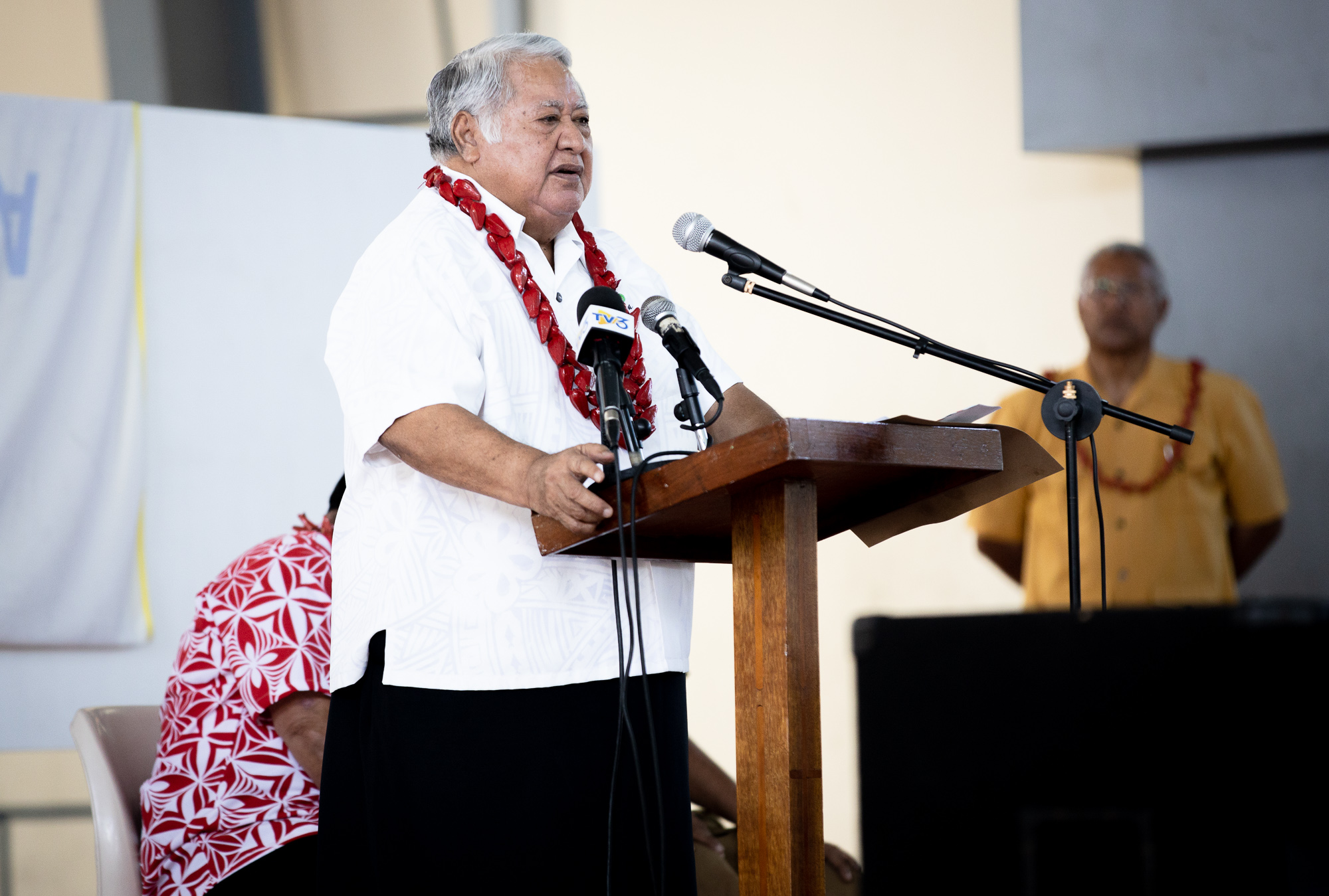 "For me, the last eight elections, I had to travel each time to Samoa for maybe two years I would come for sometimes but it is really expensive for me, as well as leaving my wife and children as well as businesses to come.

"[We should] open the chance to vote from overseas but with conditions of course depending on the generations overseas and their service to Samoa."

Vui highlighted that he admires the Prime Minister and his government for its leadership in all the 37 years they have served and conveyed an invitation to whoever may want to run for the upcoming election.

"I thank the Prime Minister and the government for what he has done for our country so far but I think that if the members of the public consider us, S.N.D.P. or the other opposition party, I believe that we will portray a different feeling and [actions] in order to serve the country," he said.

"My message today to anyone who wishes to run from this opposition party, the first thing is that they should not just want to become a Member of Parliament, or for the advancement of his family; the one aim is for the betterment of Samoa as a nation and its people.

"We don’t need those kinds of people, we only have one goal, is to serve [Samoa]."

Vui showed strong opposition in the matters regarding the Sogi resident eviction, a raise in Minimum wage and the need for sex education in wake of the two dead babies found in the span of a month.

Vui guaranteed that S.N.D.P. would work to raise the minimum wage "to the right rate for anybody".

"And another question is for the Central Bank and the Governor, how many years have you suppressed the exchange rate of the Samoan tala? The question is, what is the reason? Why? The Samoan tala should have increased a long time ago, this way, it is easier for the business owners and the cost of living for the people of Samoa."

He also expressed his views that he does not agree with the eviction of the Sogi families.

"These people have also been serving the country for a long time and they have had a lot of contributions to Samoa, and they are all Samoans also, they have roots in Samoa," he said.

"And the way I see it, developments from overseas should not guide Samoa.

"These programmes are important but Samoa needs to also look at how these can affect our people and Samoa has the choice to say, 'It is a nice programme but we also have our own.

"Samoa has smart people in terms of paving the way for the future, and so white people should not be bringing their ways of living from overseas to shove into country, where we already have our culture and traditions."