Apollo Cinema was packed to the rafters with hundreds eager to see their own people and stories on the big screen. (Photo: Misiona Simo)
Samoans abroad
Fa’a Samoa

The premiere of the latest feature film to star an all-Samoan cast and crew drew an enthusiastic local crowd on Tuesday evening, with eager guests spilling out of the fully-booked Apollo Cinemas and onto the road.

The red carpet was rolled out and both cinemas of the Apollo were booked out for the occasion. Sponsors Samoa Stationery and Books and Digicel spared no expense.

But Popo steals all the pay and disappears, so Alama enlists a family member and private detective (Laughing Samoan Tofiga Fepulea’i) to track him down.

The directors, sibling pair Dinah and Stallone Vaiaoga-Ioasa wrote the script, cast the film and organised production. It is their third feature, following Three Wise Cousins (2016) and Hibiscus and Ruthless (2018). 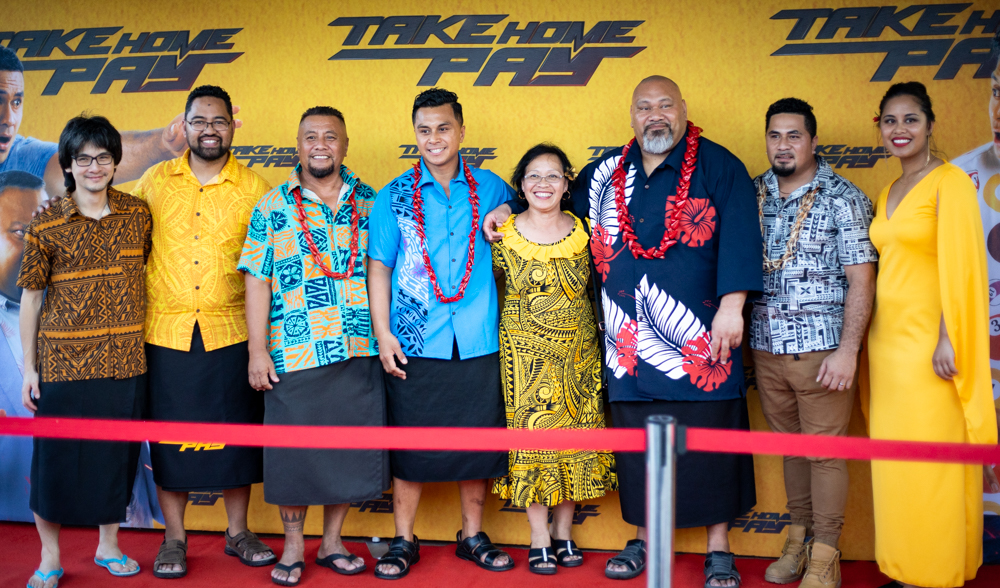 “This evening is a testament to all the hard work of the cast and crew who have worked on this film, but moreso we are here tonight because of the support of our people, our community, our friends and our family,” Ms. Vaiaoga-Ioasa said.

“If you had said back in 2015, we would have so many Samoan films in the cinema, I probably wouldn’t have believed you,” Mr. Vaiaoga-Ioasa said.

“When I first took Three Wise Cousins to cinema’s in New Zealand, the answer I got was no… they said there wasn’t an audience for it.”

Today, premiering their third feature is proof that wasn’t true, he said.

Mr. Vaiaoga-Ioasa took the opportunity to honour their film’s editor, Jack Woon, who worked on their previous films too.

“He is Samoan creativity with very sharp Malaysian refinement,” he said.

“He is the one who helps bring these Samoan stories to life. He is part of our family and he loves filming in Samoa, and keeps telling me stop filming in New Zealand.” 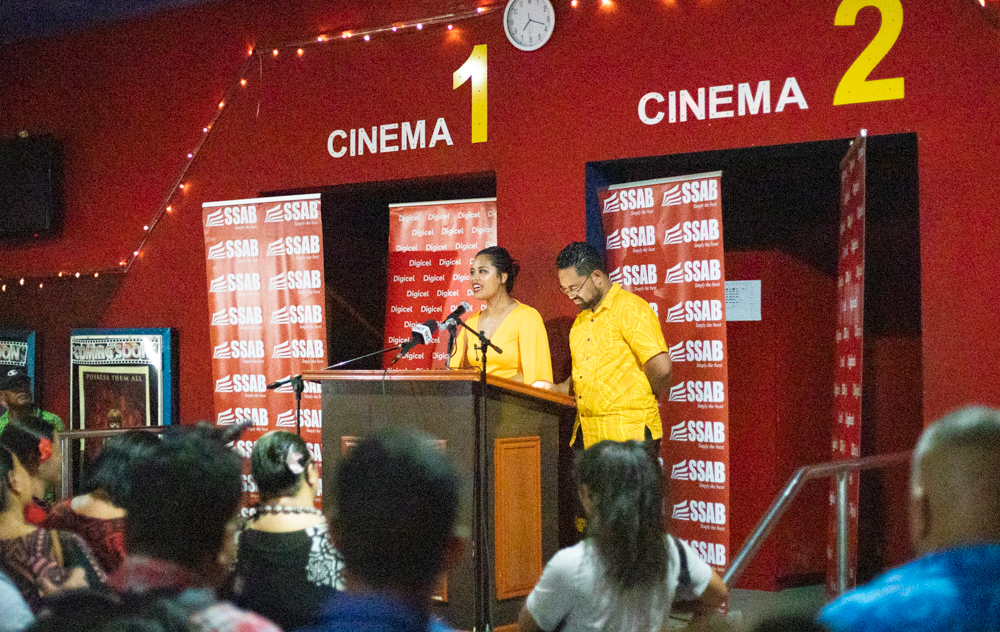 Lead stars, Tofiga Fepulea’i, Vito Aofaga Vito and Longi Taulafo spent time outside with a mix of friends, family and fans who gathered for the premiere, posing on the red carpet and taking selfies.

Celebrity co-stars, Faumuina David Tua, and Cindy of Samoa could not make the premiere.

It is a rare occasion for Samoa to host a premiere of a film like Take Home Pay; the event's uniqueness was not lost on attendees.

Guests from across public and private sector came dressed in their finest.

Minister of Communications and Information Technology, Afamasaga Rico Tupa’i, attended on behalf of the Government of Samoa, and commended the team on their stellar efforts.

“We want to encourage you Samoans that tonight’s display of talent should remind you, and encourage you, that you can be successful in anything you do,” he said. 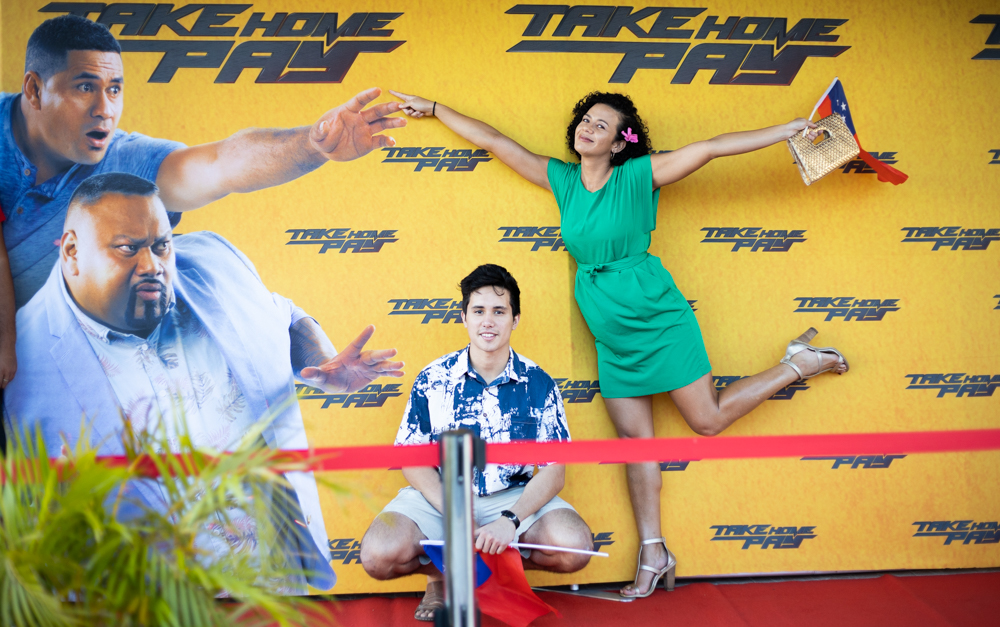 The film is entirely self-funded, the pair said. No grants from arts bodies or government agencies were provided.

But the Samoan community rallied behind them to help the production across the line, with support from Samoa Airways and Taumeasina Island Resort funding their travel and accommodation. S.S.A.B. and Digicel picked up the tab for Tuesday's splashy premeire.

“It’s not that often you see Samoans on screen, so we are proud to support Samoan talent,” said Tofilau Fiti Leung-Wai, Director and C.E.O of S.S.A.B.

“We need more movies to tell our stories, our history, and showcase our people’s talents to the rest of the world.”

During her career, Tofilau has been an outspoken advocate for youth education.

She applauded the film and its crew for proving to potentially suspect Samoan parents that acting and movie making is a genuine career choice out there.

“Creative art like acting and moving making are skills that we as parents should allow our children to explore,” she said.

Agnes Fruean, Director of Marketing for Digicel, said the company was excited to help launch the directors' latest film, as they did with Three Wise Cousins.

With resources a little tight after the Pacific Games, they asked their partners S.S.A.B to come and chip in; they readily obliged.

“For us it’s supporting Samoans, who are supporting local artists,” Ms. Fruean said.

“Vito, who first came out of Fresh TV with the Mr Samoa, to the Three Wise Cousins, so seeing him taking on a bigger role, it’s good to see that growth.”

The film will be screening publicly at Apollo Cinema from Thursday. 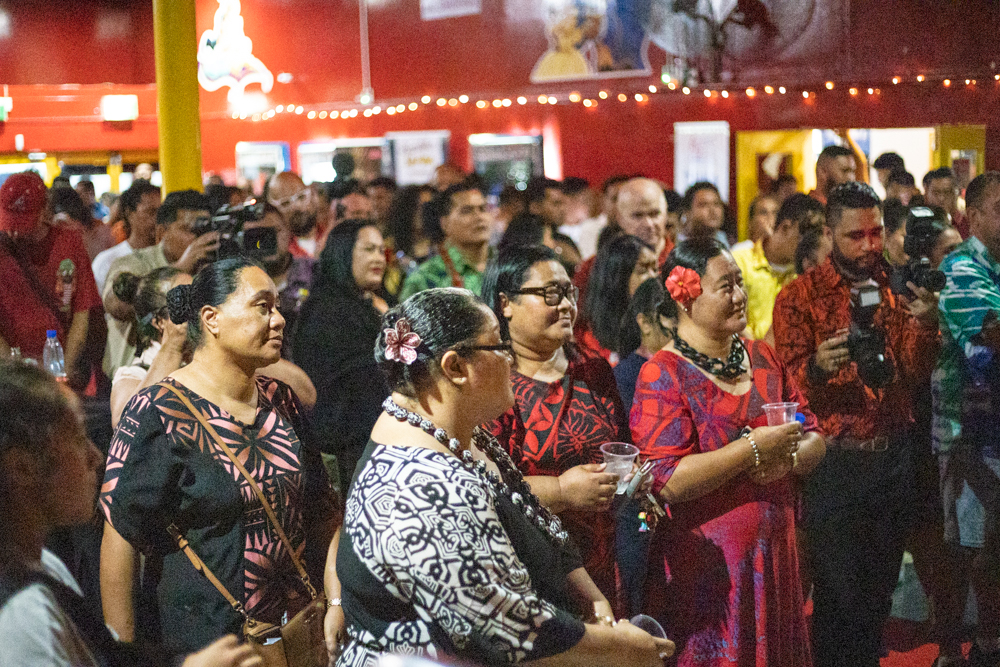 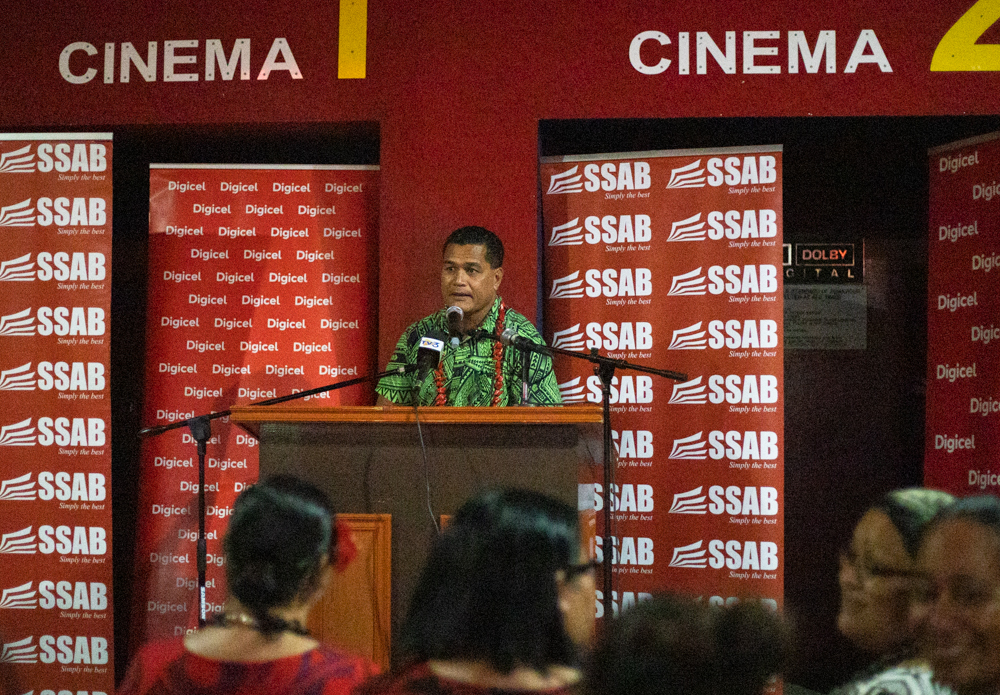