$177 million fisheries plan to be launched in Apia

Local Malie fisherman, Junior sells his catch on the side of the road. This week in Apia, A.C.P. Ministers in charge of fisheries and aquaculture are looking at ways of ensuring a sustainable fisheries sector for the A.C.P. region. (Photo: Aufa'i Areta Areta )

A $177 million tala programme to enhance the productivity and competitiveness of fisheries industries across African, Caribbean and Pacific nations will be launched in Apia this week.

The African, Caribbean and Pacific (A.C.P.) Ministers in charge of Fisheries and Aquaculture  initially endorsed the 40 million Euro (or $177.8 million tala) plan at their fifth plenary meeting in the Bahamas in 2017.

The intergovernmental organisation, which has some 56 member states, will officially launch the Fisheries and Aquaculture Blue Growth Programme its sixth meeting in Apia, which begins on Thursday.

Speaking to the Samoa Observer, Mr. Gnassounou said the aim of this week's two-day meeting would be to deepen the organisation's work as a collective.

“Because the fisheries policies are implemented by the countries individually or sometimes by the regional bodies, as A.C.P. we don’t go on the field, we rely on the prepared report[s].

"We should do more as a group rather than individual countries.

“The proposal which will come out of the meetings, we have seen that most regional bodies are here, the idea is to involve them more in what we’re doing, to make sure that they are the ones who take on board the outcome of those meetings and try to coordinate implementation at regional level.”

Mr. Gnassounou said they would begin with a review of their progress relative to commitments made since their inception: “The first thing is to review the action plan that we’ve adopted in 2012, which covered many areas and to see how far we have reached in implementing those agreements.

“Most of them (agreements) are linked to the Sustainable Development Goals (S.D.Gs). So ultimately it is to see how much A.C.P. countries have contributed to the implementations of the S.D.Gs through the fisheries pact.

“Second is to see how much resource we have been able to mobilise, implement our action plan.

"When we were in the Bahamas two years ago, ministers asked us to come up with A.C.P. group initiative – that is to go and put a programme together.”

Mr. Gnassounou added the A.C.P. Secretary-General has also prepared a report that looks into the implementation of policies by the member states, which the senior officials will consider in their two-day deliberations. 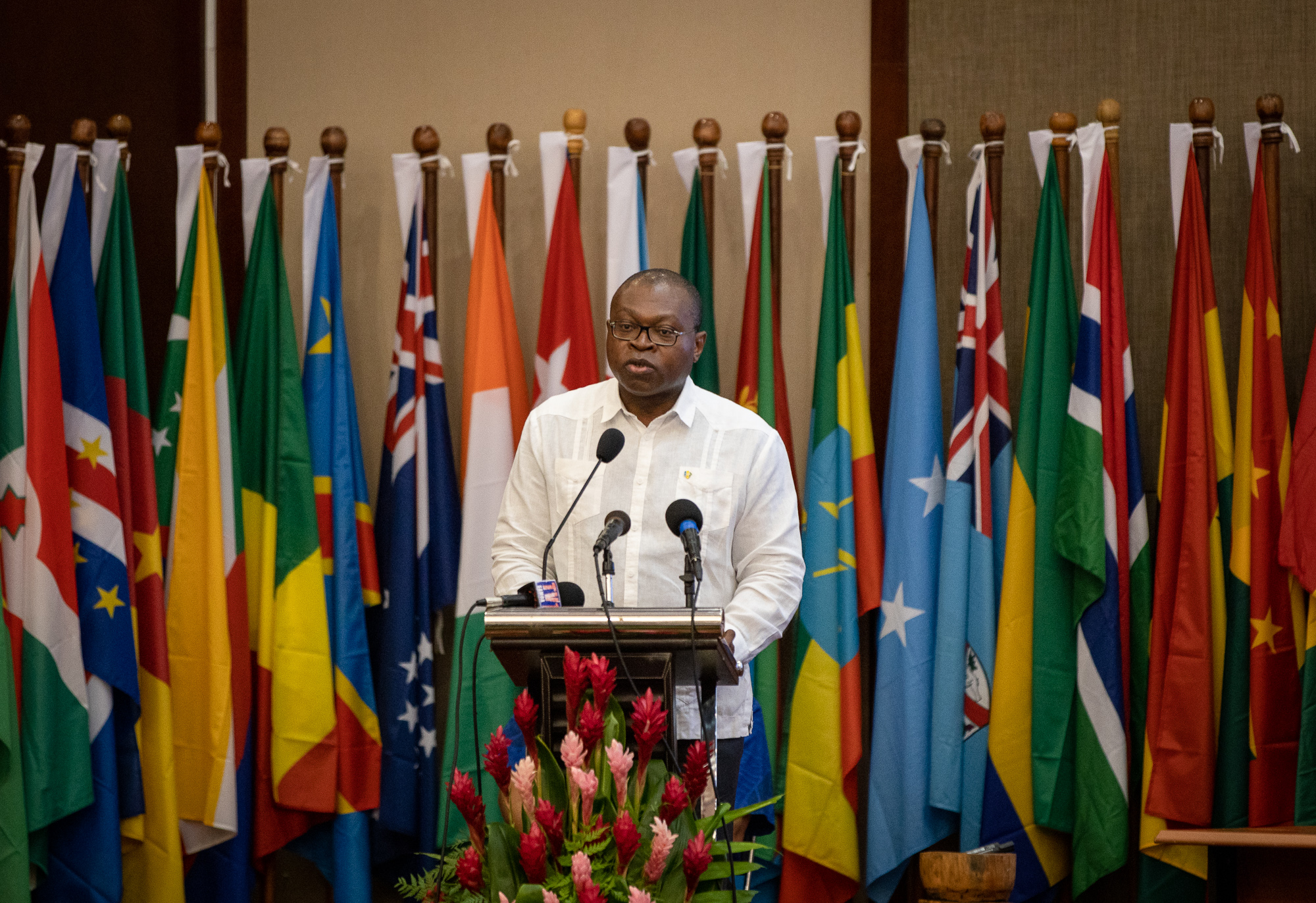 In a statement, the organisation said: “The importance of the ‘Blue Growth Initiative’ is underlined by the fact that the fisheries and aquaculture sector is crucial to reducing poverty and eliminating hunger.

"This is particularly true for Least Developed Countries and Small Island Developing States, the vast majority of which are members of the A.C.P. Group.”