“It was awesome, the crowd got in behind us and we felt the energy in that second half.” (Photo: Thomas Airey)
Rugby union
Manu Samoa
Samoans abroad

Halfback Dwayne Polataivao was one of the heroes off the bench for Manu Samoa on Saturday night, scoring two tries against the Wallabies.

The 29-year-old from Sasina, Safotu, Nofoalii and Safata said scoring against one of the best teams in the world was a great feeling.

“All I had to do was just put it down, some of the boys created some holes for me just to finish,” Polataivao said.

“It was awesome, the crowd got in behind us and we felt the energy in that second half.” 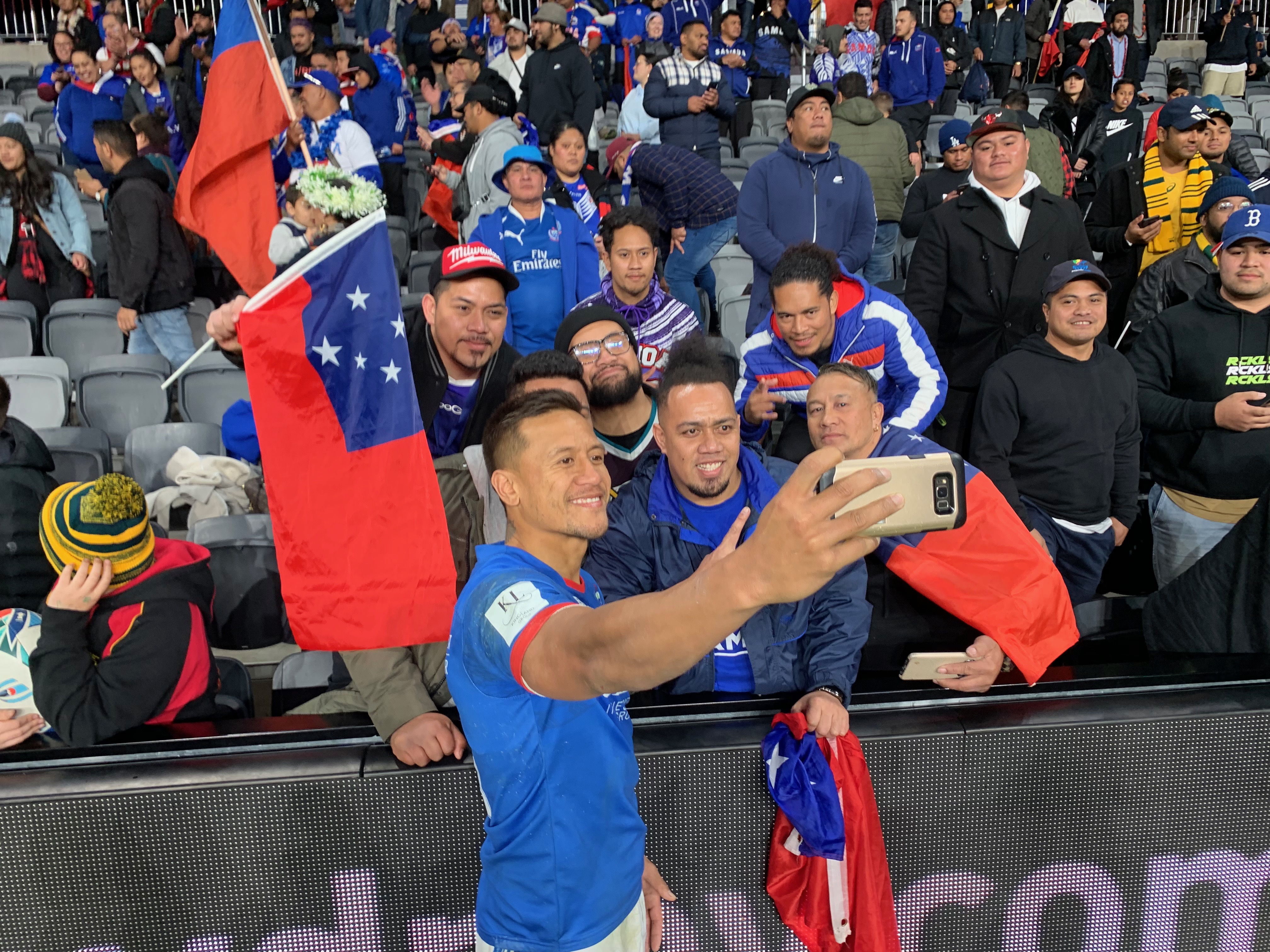 The Doncaster Knights player brought plenty of that energy himself off the bench, along with substitute prop Paul Alo-Emile and Seilala Lam who came on at flanker.

“The crowd picked us up, the tackles were flying and all of a sudden we picked up the energy.”

He said it felt like a home game, which was the case right throughout an great week in Sydney. 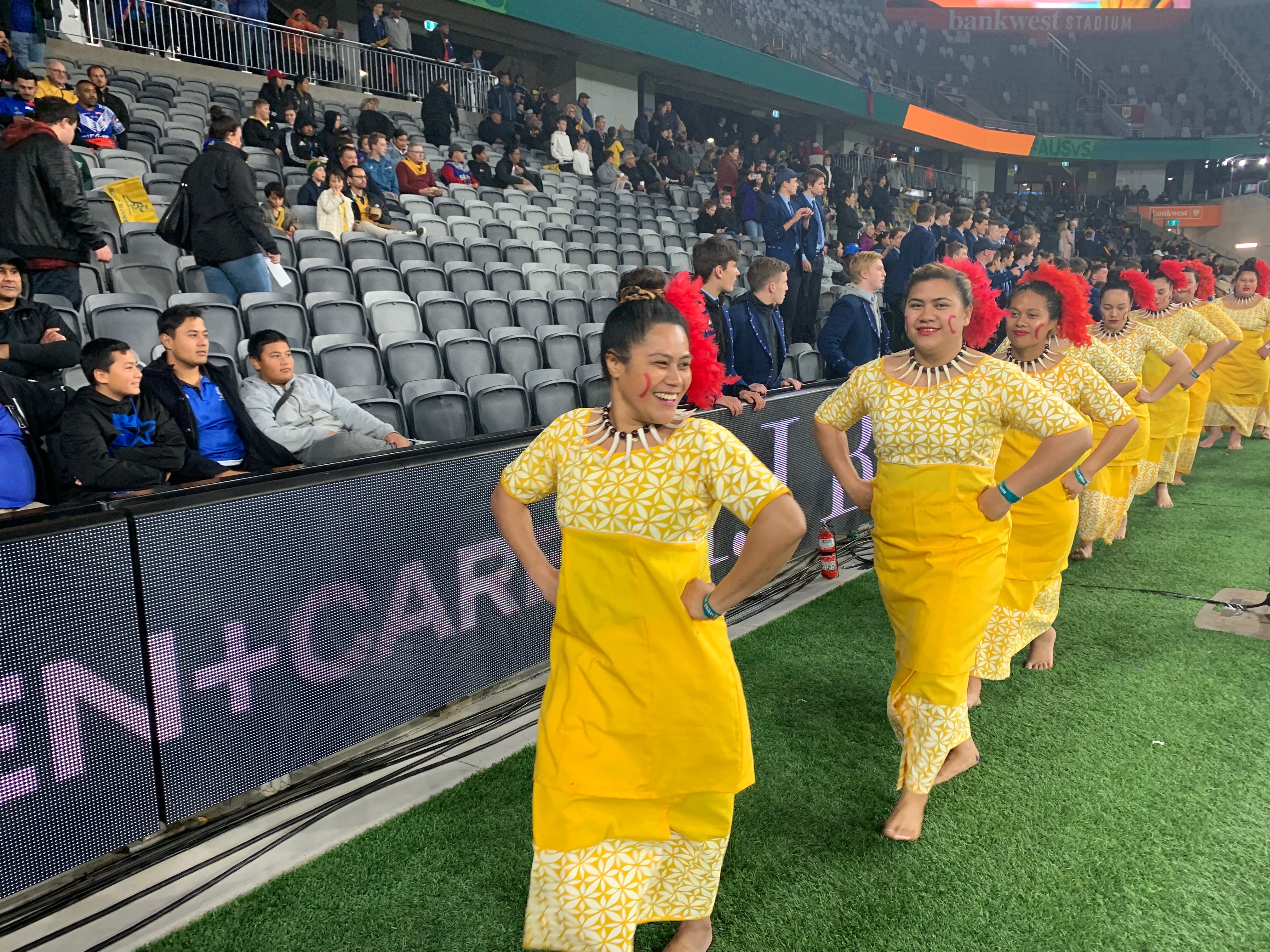 “We enjoyed the fan-base and everyone else that came through.” 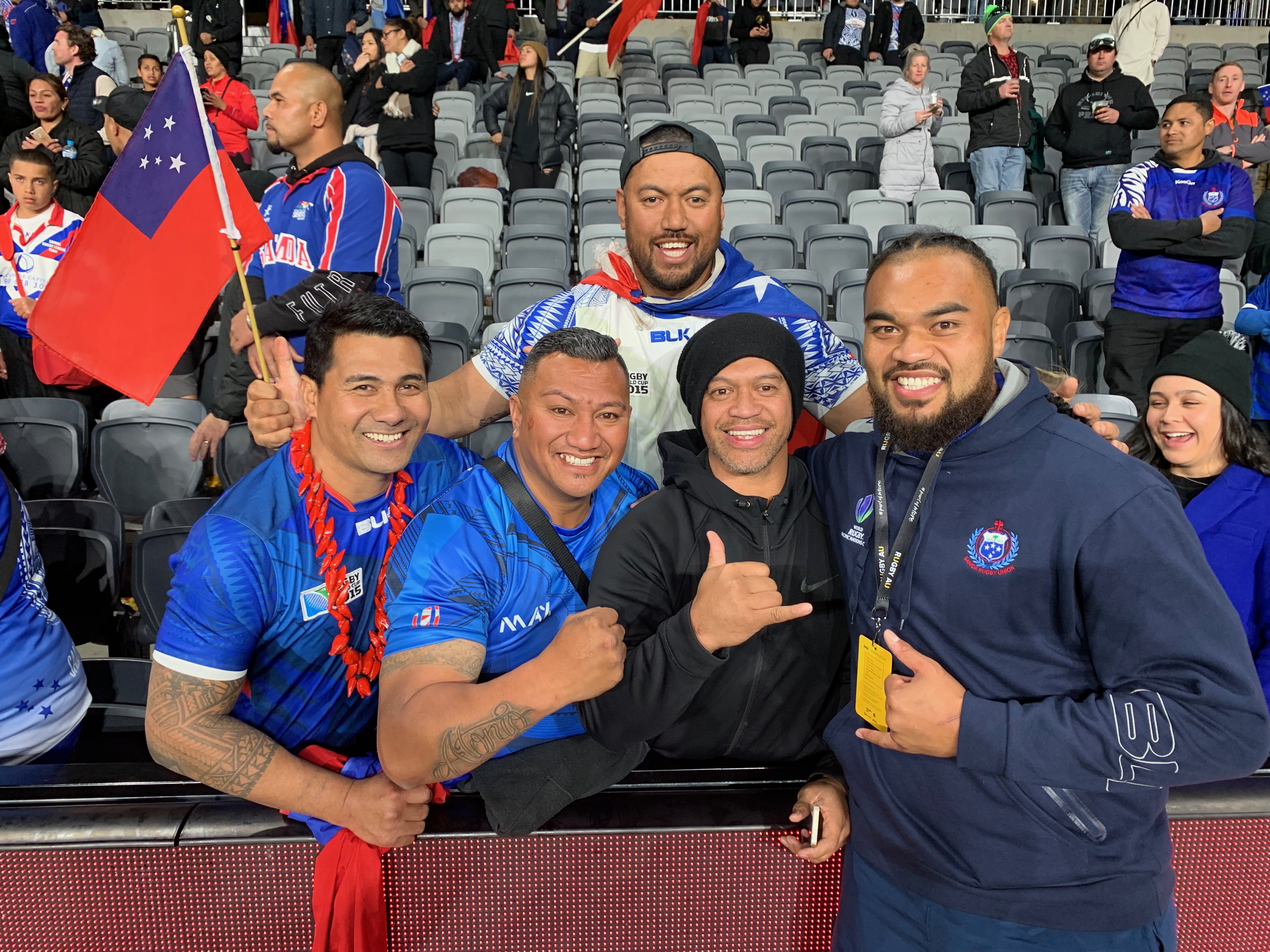 The Manu leave for Auckland, New Zealand on Monday, from where they will fly to Japan on Tuesday for the Rugby World Cup.