Samoa's newest turn on the silver screen to premiere in Apia

The directors and cast of Samoa's latest turn on the silver screen are arriving in Apia tonight for the premiere of a new action-comedy all about Samoan culture, language and humour: Take Home Pay.

Sibling filmmakers Dinah and Stallone Vaiaoga-Ioasa will be joining the movie's stars, Tofiga FepuleaiI, Vito Aofaga Vito and Longi Taulafo at the Apollo on Tuesday evening for the feature film's local premiere.

The film follows two brothers, Popo and Alama (Taulafo and Vito) on their first trip to New Zealand on a seasonal work scheme picking kiwifruit.

But the film takes a turn when before their job is done, Popo makes off with their money. Alamo is left to enlist a distant relative and aspiring private investigator Bob Titilo (Fepulea’i) to track him down.

Mr. Vaiaoga-Ioasa said he hoped audiences shared his excitement about telling an authentically local story on the big screen.

“A Samoan story on the cinema screen feels so natural and that the opportunity is there for other story tellers to make their mark,” he said.

“We've created a story and characters that are rarely if ever, seen on the cinemas screen.” 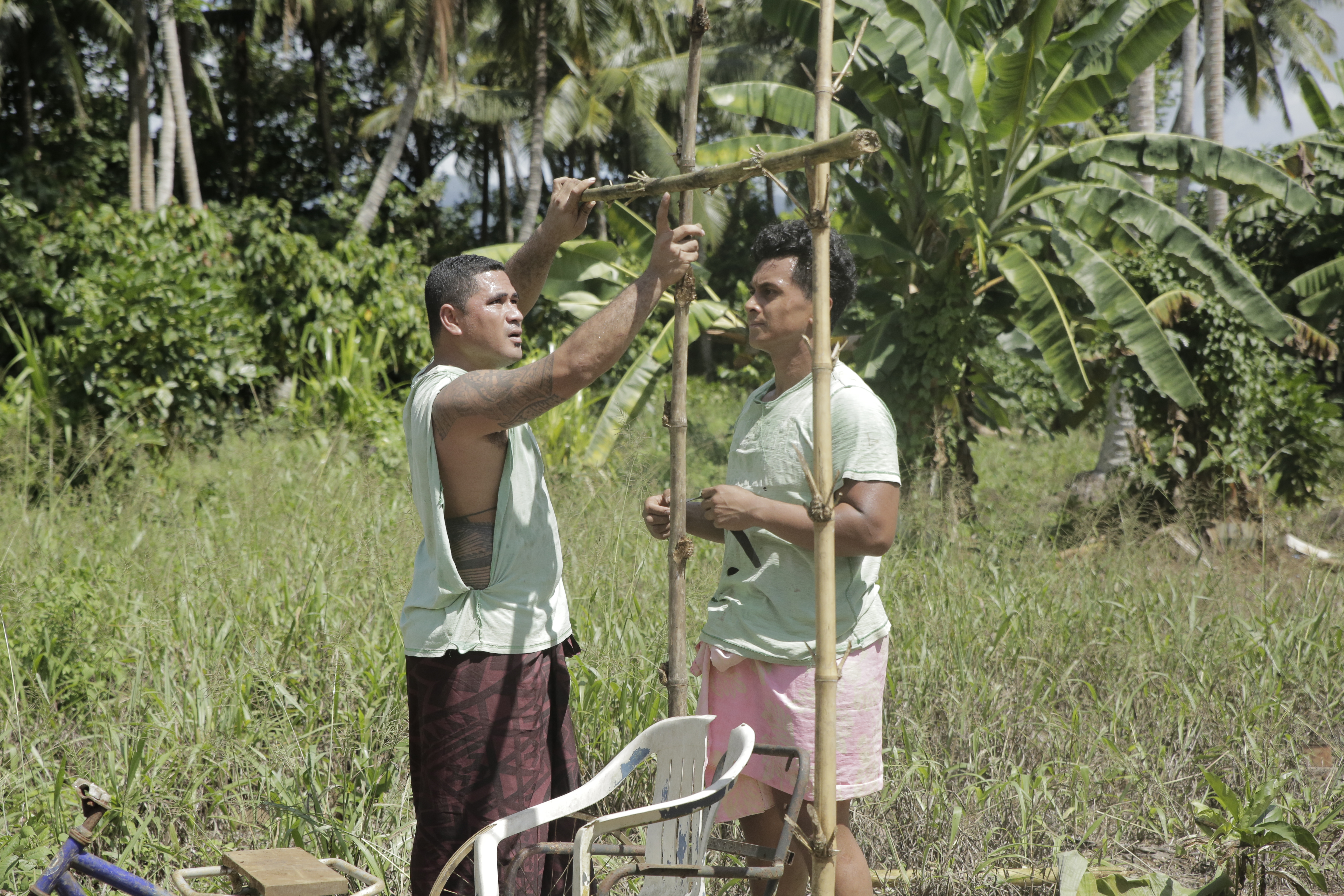 The central role of a middle aged would-be Samoan private investigator is responsible for much of the film's lighter moments.

And the team even invented a Samoan martial art for the film, they called Lima Tau.

“Using Siva Samoa as a template to extrapolate from, it was created with the purpose of being a narrative mechanism,” Mr. Vaiaoga-Ioasa said.

“Our two actors were a bit unsure about the idea when I described to them, but after our first rehearsal of the fight choreography, it all made sense and became quite exciting because it was something none of us had seen before.”

Mr. Vaiaoga-Ioasa said after two premieres in New Zealand and Australia he has seen the Samoan diaspora love the film, and even thinks they might be surprised by how ‘Samoan’ it really is.

They are eager to see how their third offering will measure up. 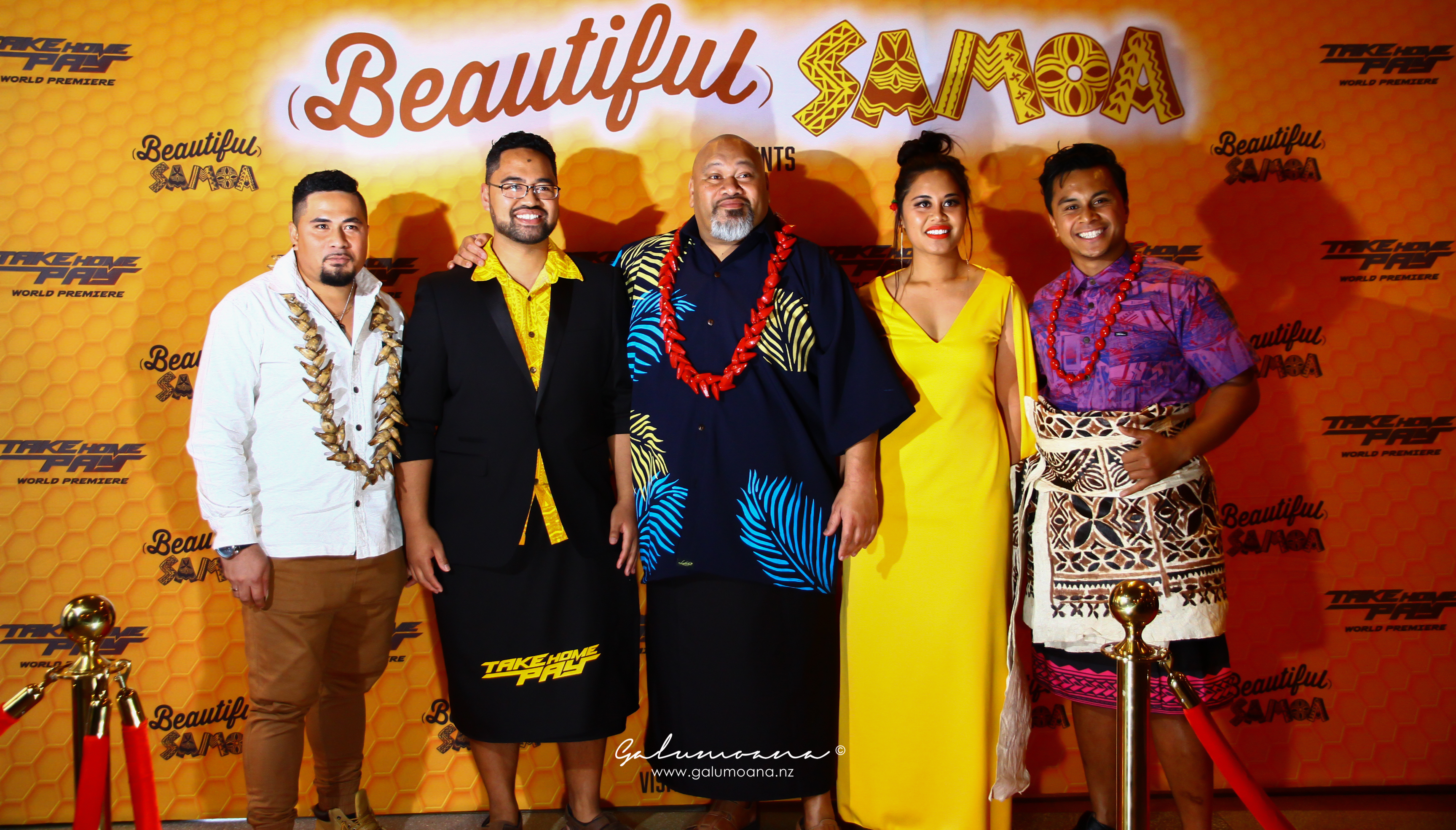 Two of the three lead actors are on the big screen for the first time.

Laughing Samoans' Tofiga Fepulea’i said doing comedy for the camera and not a live audience was a challenge.

“I am so used to interacting with the crowd and hearing the crowd’s response, it was just different performing and not being able to hear the laughter,” he said.

But he loved the feature film experience.

“I really enjoyed it and in some ways I could say I have the bug,"  Mr. Fepulea’i said, laughing.

“If these guys ask me to do another movie I would jump straight to it and up my price".

Longi Taulafo recently finished a long stint as a children’s presenter on What Now.

“I was a bit iffy about what the future would hold for me this year after saying goodbye to What Now last year," he said.

“I put it before the Lord and I said lord, whatever you put before me I will try and do it with everything that I have.”

So getting a role on Take Home Pay was a blessing, he said, and like Mr. Fepulea’i, he loved getting to know what it takes to make a feature film.

“From the filming process to seeing how things worked behind the camera, in front of the camera, seeing how amazingly the team gels, seeing what it takes to put together a production like a feature film… Everything was a special experience for me," he said.

The filming process was a family affair. Dinah and Stallone’s parents helped behind the scenes catering and generally making sure everyone was looked after, the actors said.

“The experience was amazing and for me it was the relationships that were built through the whole process,” Mr. Fepulea’i said.

“There were some days that were longer than others but the thing I really enjoyed was seeing the team at work, behind the cameras with the sound, makeup, the way mum and dad were with taking care of everyone and making sure they were hydrated, and there was enough food.

“There is not many of us but when you do see the movie even I am blown away by how slick it was and how awesome it looked, it looked like we had a 10 or 20 million dollar budget but everything was done on shortbread and toasties.”

Samoans young and old have loved the movie, for its use of Samoan culture, language and humour. 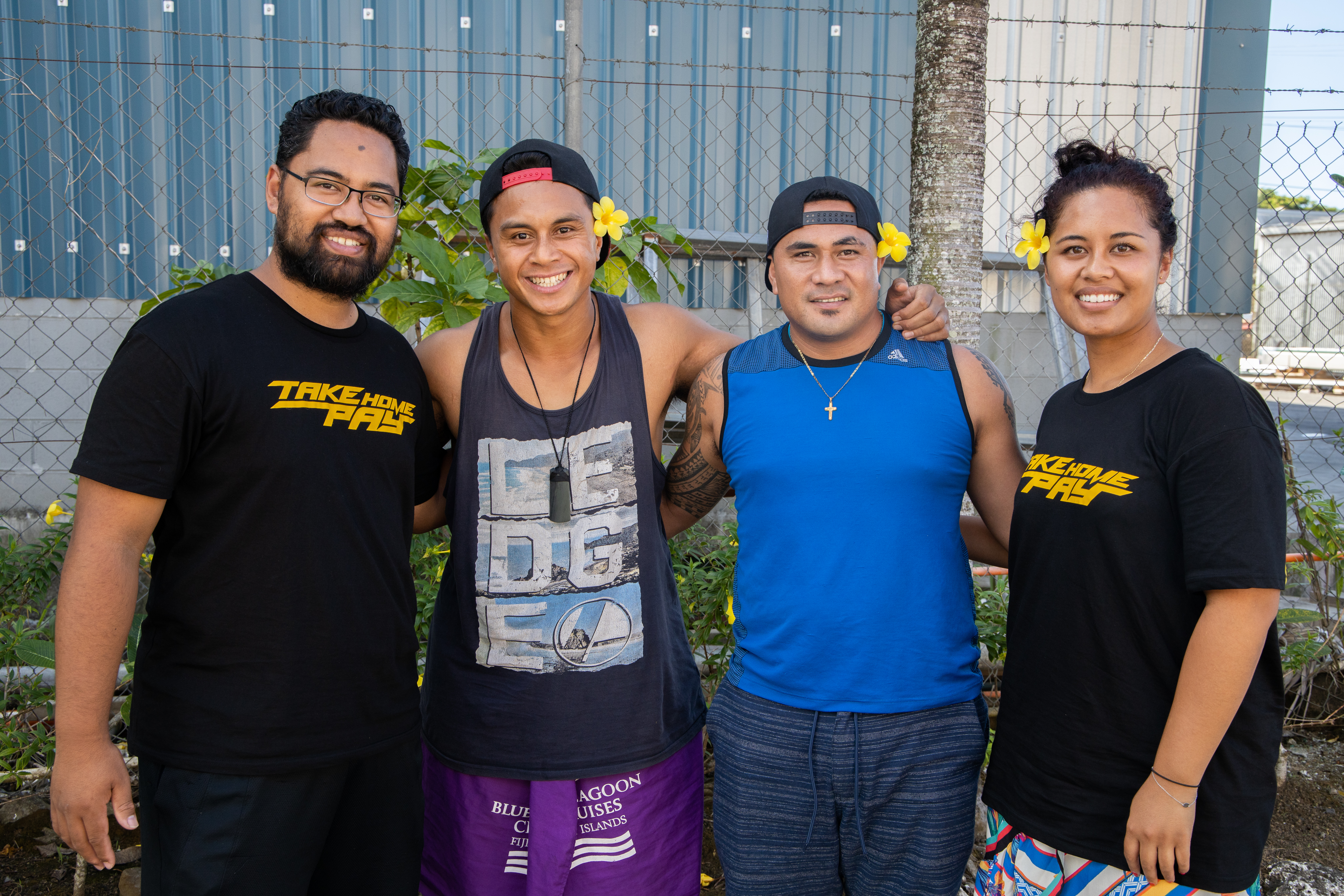 “The fact that it was made by Samoans with Samoans for Samoans speaking Samoan was a lot of fun to see, both behind and in front of the camera, [and] I love that our sense of humour gets to be displayed up there on the screen for the world to see,” Mr Taulafo said.

“Another special moment is hearing your family laugh – and not just a little laugh, like a crack up, deep belly laughing which is my favourite types of laughing at something you were part of up on the screen.”

Mr. Fepulea’i said he knows Take Home Pay is a movie local Samoan people will love, especially as it may be the first Samoan action film out there, he believes.

But he has loftier goals for the films impacts too.

“One of the ultimate goals is for when people see it, especially young people, it will ignite something in them, for those who have always had a little dream or thought about wanting to be involved in movies,” he said.

“Seeing was Stallone and Dinah have created, anything is possible.

“I am hoping more of our people will support our movies so we can have more of our stories and creative people creating things to put on the big screen.”

Mr. Taulafo was star-struck by co-actors Mr. Fepulea’i and Mr. Vito, who appeared on Three Wise Cousins. And like the Laughing Samoan, quickly fell in love with the family on set.

“The relationship that really stood out to me, was a young man called Jack Woon our editor and Stallone our director," he said.

“Seeing how well these two incredibly talented individuals could gel together and actually talk about ideas, through ideas around and make it happen, seeing all of that unfold was really beautiful.”

As a young Samoan who used to sneak to Apollo Cinema with his scrimped together savings unbeknownst to his parents, Mr. Taulafo is nervous to take his own film home to screen.

He said it might be weird, but feels like the world is coming full circle, too: “I have seen little bits of the film over here in cinemas and at the premier in Auckland but it’s going to be a whole different feel when you are there with your people.”

Both actors know the story of seasonal work well. While they haven’t been stolen from on the job like Alama, like many Samoan’s someone in their family has made the journey to New Zealand looking for gold under the trees.

For Mr. Fepulea’i it was his cousins who travelled to Napier just a couple of years ago. And not only did they get to make a substantial salary over the season, they connected with the New Zealand based family in Auckland.

“They were in Napier, they came down to Wellington and spent time with us and it was great for them… even though they were away from home, which was unfamiliar for them.”

And for Mr. Taulafo, it was his father’s brother, his wife and children who left Samoa for Hastings nearly 20 years ago, via the New Zealand Samoan Quota Resident Visa.

“My brother and my dad would go down there as well and help out during picking season to earn a bit of side cash,” he said.

“My brother came back and he had a whole lot of stories about Samoans, about our people and family being down there in Hastings, about picking apples all day.

“They began a really good life in Hastings and they have been there ever since.”

There are many messages tucked in between the action and comedy of Take Home Pay. But the most important one for this debut actor is to put family first.

Visiting elders and siblings, checking in over the phone and making time for tea or coffee will always go a long way, he said.

“A lot of Islanders come over here (New Zealand) in search of a better future but we then are disconnected from each other, we lose sight of checking up on each other," he said.

“In Samoa you are in a village, you are constantly always seeing each other and seeing how everyone is.

“But that’s kind of hard here in places like New Zealand, where you can’t see family members because of distance or geography.”

He hopes the film will help Samoans connect with their culture, and their fa’aSamoa, no matter what kind of relationship they have with it today.