The newly-crowned Miss Samoa and runner up contestants were honoured with prizes at a celebratory lunch at the Orator Hotel on Sunday. 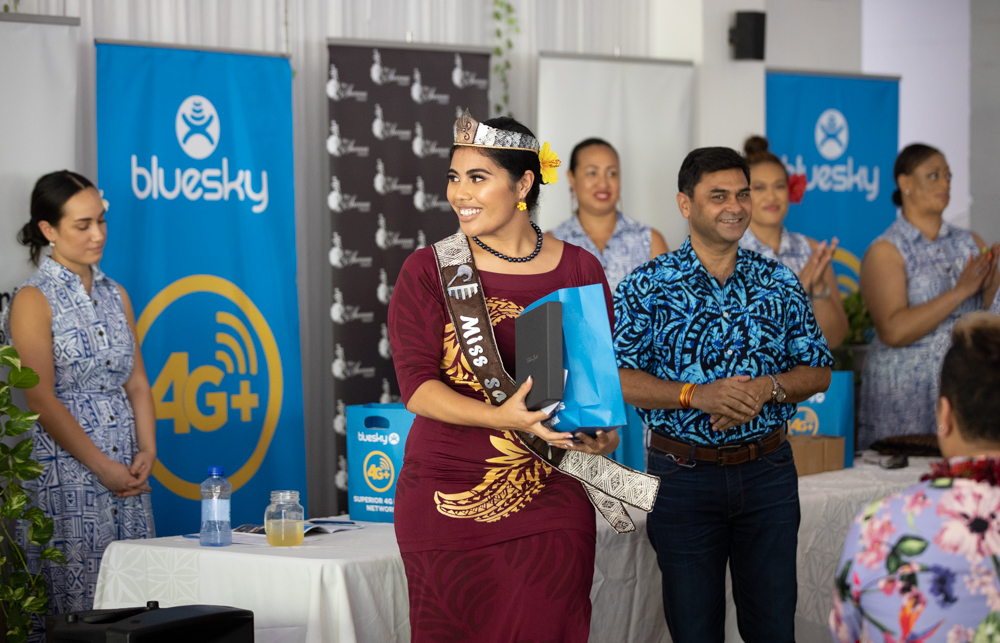 As well as the Miss Samoa platform, 24-year-old Ms. McFarland-Seumanu also won prizes worth a total of at least $73,000.

That includes a return flight to Australia or New Zealand on Samoa Airways, a Samsung S10 plus e-charge for a year, and $30,000 worth of hair and body care at Peata’s Salon.

She was also awarded her ‘Road to Papua New Guinea’ package to prepare for Miss Pacific Islands in November, which is worth about $165,000 in wardrobe and accessories, including a Tuiga (traditional taupou headpiece), a 12 month membership to JP Fitness and more than $40,000 worth of media profiling and official photography.

Ms. McFarland-Seumanu thanked her family and supporters for their help, and outgoing Miss Samoa Sonia Piva and Miss Pacific Islands Leoshina Mercy Kariha for their guidance.

“I look forward to taking your crown,” she joked to the Miss Pacific Islands.

The four runner-up contestants won prizes ranges from $6840 at the highest end to $3140 at the lowest, while the final four contestants were given consolation prizes worth $2140 each.

And if that wasn’t enough, each of the contestants who won a special award got bonus cash prizes.

Miss Samoa also took out best talent and interview, so earned herself an additional $3100 in Bluesky handsets, e-charge and cash. 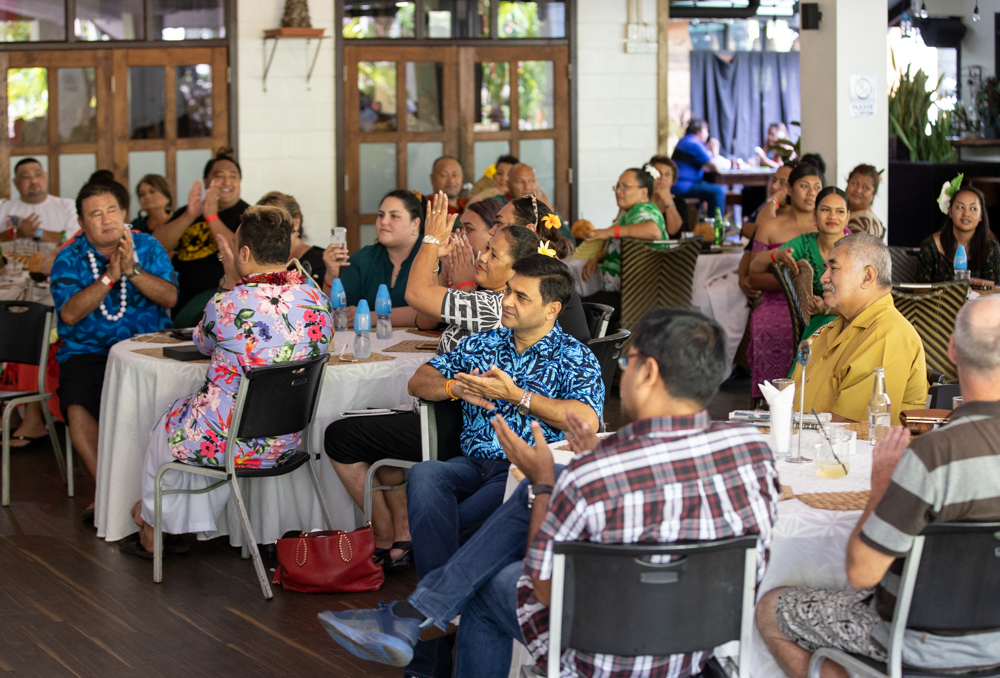 Any vouchers were emailed to the women rather than printed out to “go green,” organiser Lei’ataualesa Jerry Brunt said.

“It was a tremendous lesson, to come the home of the Miss Pacific Islands Pageant,” she said.

As she thanked outgoing Miss Samoa Sonia Piva for her time in the role, she became emotional, calling Ms. Piva one of her closest friends.

“I have seen how much you have grown in this role,” she said. “We are all proud of you.” 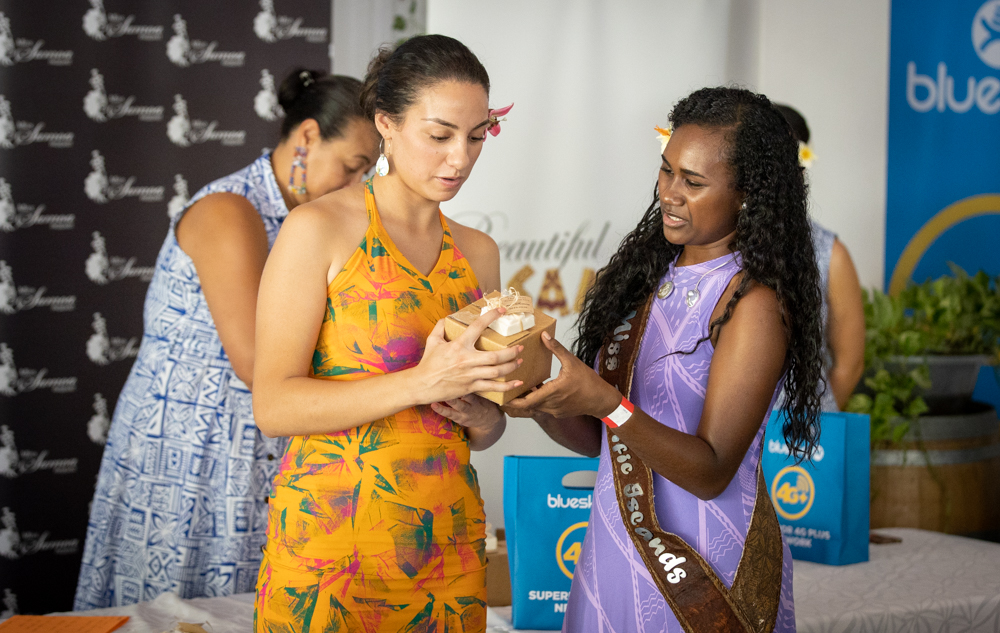 Lei’ataualesa, one of the lead organisers of the pageant from Manai Events said delivering the event in the same year as the Pacific Games was a challenge.

It meant everyone was busier, schedules were tighter, and some things were left to the last minute, he said.

“For the last two weeks we have had sleepless nights, to get everything down pat.

“In fact, we are already putting together Miss Samoa 2020,” he said, determined not to see a repeat.

Bluesky have already expressed interest in taking on principal sponsorship again, he added, and other sponsors have agreed to stay on for the next three years too.

When it comes to Miss Pacific Islands in Papua New Guinea in just two months’ time, Lei’ataualesa wants to improve awareness and excitement among Samoan voters.

Against Papua New Guinea’s population of 8.2 million, the Samoan fan base need to work harder to get their contestant winning the Miss Internet or People’s Choice Award, categories based on online and text votes.

“Every category is as important as the other,” Lei’ataualesa said.

“Come January, you will see our Miss Samoa 2020 campaign coming out.” That means encouraging more locally based Samoan women to enter too, he added. 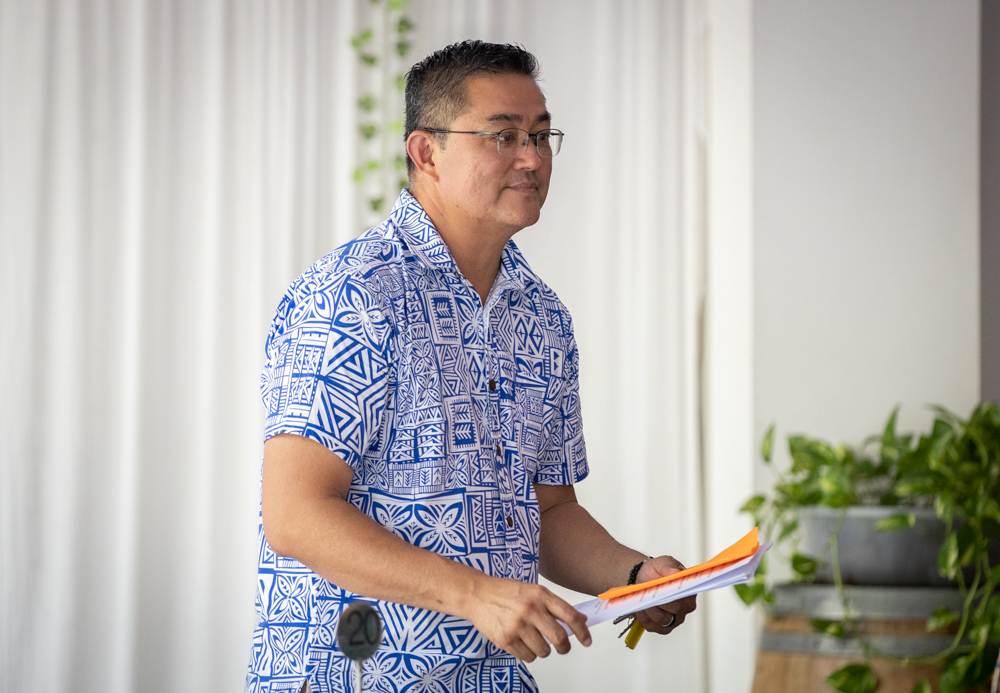 Lei’ataualesa believes the Pacific Games may have also affected how many local women could enter the 2019 competition.

The team received 44 expressions of interest, many of whom were from local women. But funding their competition was a challenge, he suspects.

“The bottom line is our local contestants found it really challenging to go and look for sponsors.

“I don’t blame them, we just finished the Pacific Games, and straight after that we have got the Rugby World Cup.”